Do you play an instrument? Is there a musical instrument whose sound you find particularly pleasing? Tell us a story about your experience or relationship with an instrument of your choice.

Yes I do play an instrument, although no longer so much, almost never, but I have a piano at home, an electric one. You can sit and play, put your headphones on and no-one is disturbed if you hit the wrong note. 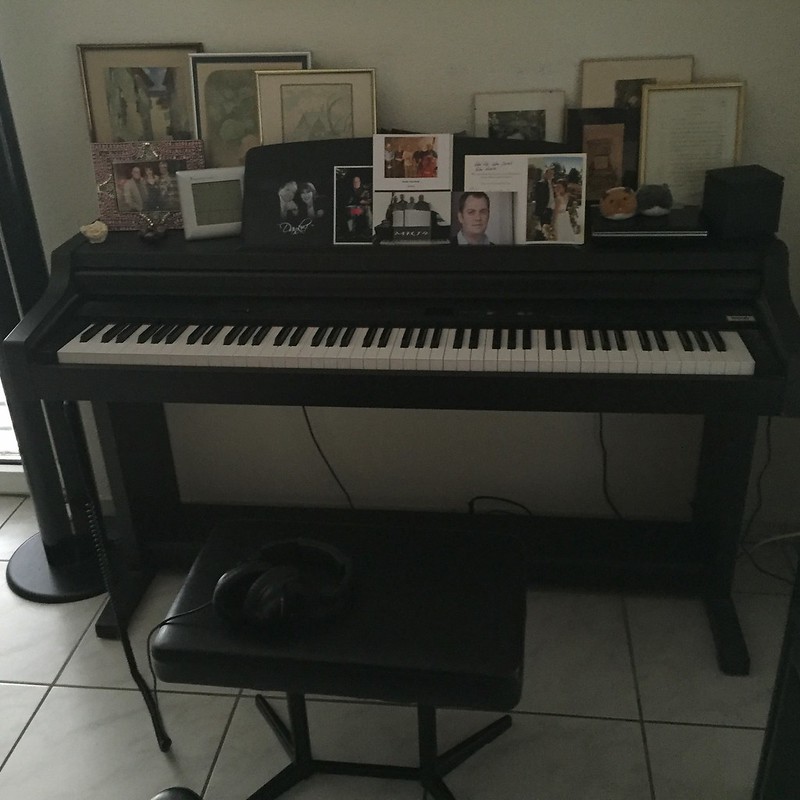 The last time I wrote this prompt on 3rd July 2014 Strike a Chord - the Lost Chord, nothing has changed very much, but how could it, after all it was just over a year ago. Mr. Swiss as a golden oldie drummer still plays and goes regularly to a lesson, although I don’t know what he is learning, he can do it all, but I am not a professional drummer.

I no longer “tickle the ivories”. I am too busy repeating daily prompts and taking photographs. I have discovered that there is too much competition in the piano world for me to become a success at it.

If you want a story about a musical instrument, I could tell you about my mandolin. 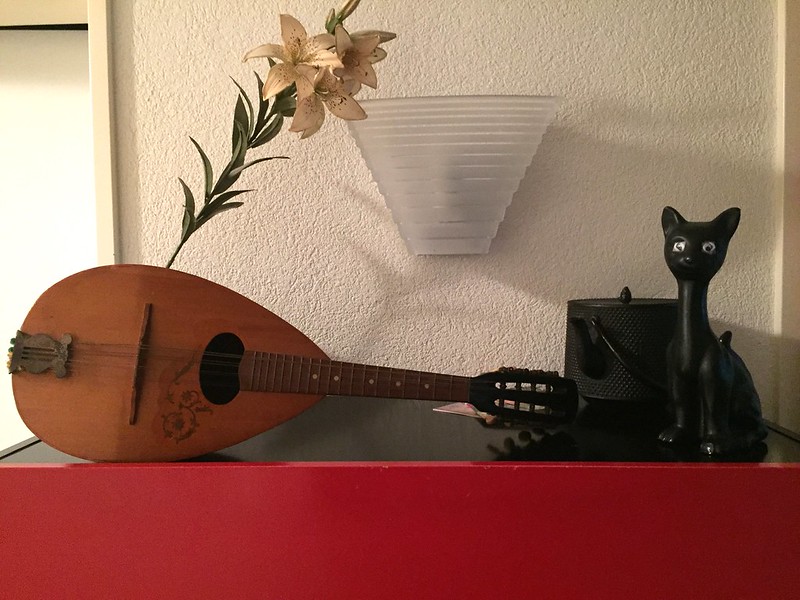 In my last year at school, age 17, I had the chance to go on a school trip, a Baltic sea cruise. The ship had been reconstructed to cope with school groups and there were about 30-40 of us all sleeping in a dormitory on board ship. We travelled through the Kiel canal and visited Stockholm, Helsinki, Copenhagen and Leningrad. In was 1964 and Leningrad was still Leningrad and had not yet returned to its status of St.Petersburg. Everyone was communist, living in a  communist state, but at the age of 17 who cared. We saw things in Leningrad that were unforgettable. We were told onboard ship by the teacher that there were bargains to be had in Leningrad, amongst others music instruments, a balalaika costing at that time only a few english shillings.

Our party of schoolgirls, in teenage years, all arrived in Leningrad with the local bus service and we all headed to the largest department store, music department. We were one of the last groups from the ship to arrive and unfortunately there were almost no instruments left. The Russian sales ladies were overwhelmed. The turnover made on that day in the store must have been a record. Unfortunately balalaikas were no longer available, but a few mandolines. Luckily for me only the best were left, although still a bargain. I chose my mandolin and walked out of the store to be met by a concerned teacher who asked where all the others were as they were now 15 minutes overdue. She was probably already imagining a school class of teenage girls all being held under the secrets act in the local Russian prison.

Eventually we all found our way back to the ship.The bus was packed full with schoolgirls each clutching either a balalaika or mandolin. We were already warned on board ship that valuable souvenirs should be deposited in the office on the ship and we all marched off to the office clutching our instruments. Unfortunately other groups were there before us, again, and the office was packed full with various Russian examples of balalaikas and mandolins reaching the ceiling. There was no room left, and so we kept our goods in our dormitory. As you can see I still have my mandoline. If you look closely inside you can even see the label in cyrillic letters. A mandolin has double strings and I never did learn how to play. Mr. Swiss being more the musician than I, did restring it once. It is a beautiful instrument, very well made and been in my possession now for more than 50 years.