Share the story of a time you felt unsafe. 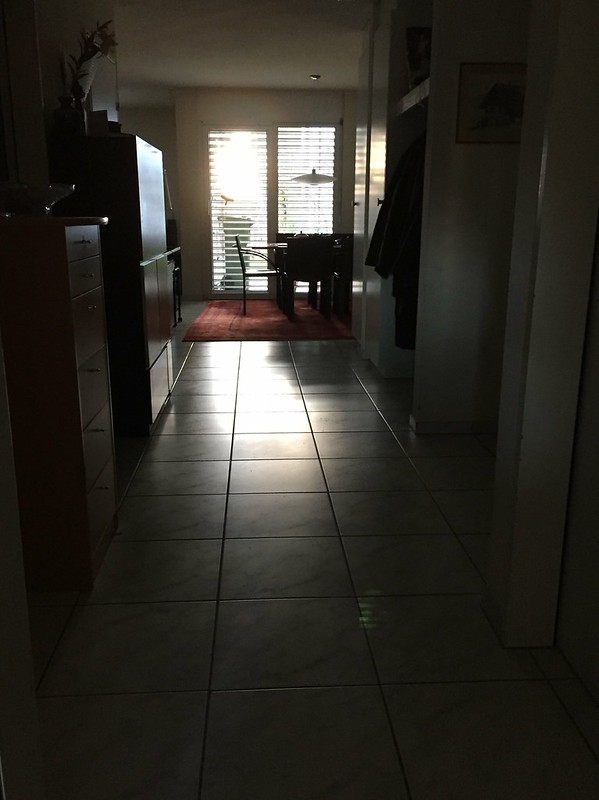 I never feel safe, they are out to get me I am sure. From the moment when I arise from my midday golden oldie sleep I feel unsafe. They are all hiding in the shadows waiting for me to put a foot wrong. I decided to partake of a doughnut before beginning my daily prompt work and so I took a hearty bite. It was wonderful until I noticed the jam left the doughnut and arrived on my desk. I now have a sticky desk. Luckily the computer remained unharmed.

Today was the day I decided to order my Christmas meat at the local supermarket. It will soon be Christmas and you have to be sure that you will get what you want. I told the lady in the butchers department my needs and she began to write it down.

“When do you want to pick it up” she asked, a very good question of course. I was not alone in the world of meat orders so I replied

“Friday we are closed and celebrating Christmas Day” was the answer.

Mr. Swiss added that Thursday is Christmas Eve so it sees that I had a little mx-up in my head. Admittedly I am suffering from a nose cold at the moment, as I explained in yesterday’s daily prompt, and things are not as they should be. I now needed to recalculate a few things. If the big feast begins on Thursday, I would have to order for Friday and Saturday and then I was left with Sunday which I did not include in my plans. In the meanwhile I discovered that on 26th December, Boxing Day, my supermarket is open, so if necessary I could buy the food for 27th on that day.

To continue with this miserable state of affairs, Mr. Swiss had a problem this week. Actually it could almost have been my problem, but I only got my super Microsoft computer Windows 10 last week, so it was too early for the fantastic new Threshold 2 update. Mr. Swiss got it, although he did not really want it, because he was quite happy with the way things were running, but it arrived and said it was ready to go and it went without really asking. The result after half an hour was a completely new and improved Windows 10 programme. Unfortunately 2 apps were missing and windows Outlook was no longer working as it should. A quick excursion to the Windows web site discovered many complaints from unsatisfied customers whose computers had the same symptoms and a statement from Windows that they were working on it, the update was now being withdrawn from its programme until they have fixed it. In the meanwhile we have a non functioning Outlook and other missing links. If it had worked all the Windows 7 people would have got a new faster programme than up to now, Funny I was thinking about upgrading my old Acer, but have not yet got round to it, and glad I did not: It seems to affect the upgraded computers. My new Windows 10 computer has been left for the time being.

I was actually preparing to write about how satisfied I am with this windows 10 programme, tiles as well, I am loving it, but have decided to wait with my happy dance.

I am still coming to grips with the new WordPress destruction template, although I like it. I know I am the only one, but it works perfectly for me. For a time I felt unsafe, but no longer.

Otherwise what could possible go wrong? My anemones are growing leaves in the garden, my borage is blossoming and the lawn is growing to Savannah heights and it is only Winter. I am sure they are out to get me, hiding in the shadows, and I will probably trip over a giant sunflower in the garden if this continues - I think it is called global warming. Yes I will prepare some fresh strawberries from the garden for our Christmas dessert.
Posted by Pat Gerber-Relf at 16:33