You’re going on a cross-country trip. Airplane, train, bus, or car? (Or something else entirely — bike? Hot air balloon?)

I like Thursdays, at least the afternoon, because it means that there will be no more big household chores until next Tuesday. Today they were completed with cleaning a window front and the shower and now sun, fun and nothing to do.

I did enough travelling this year: Germany for my son’s wedding, London for dad’s 100th birthday and now I will stay at home more or less. Now and again we travel to the supermarket, but the big safaris are over and I am glad. Why should a 69 year old lady go cross country. I live in the country and just need to take a few steps around the village. I do the other stuff when I have to. So today after my golden oldie sleep I switched on the computer, the bytes were throbbing through its wires and I was ready to go/write and then….

He was right about the day, the sun was shining and it was quite warm, another day of drought in our area (no rain for a month). What do you do with such an invitation from such a charming partner, who was already on the way to the cupboard where the walking shoes were kept.


“In about five minutes” which actually means get ready. I forgot today’s prompt, did a quick save of the few words I had written and began to dress accordingly. He did not say where we were going, it was a mystery tour. I usually follow his steps. 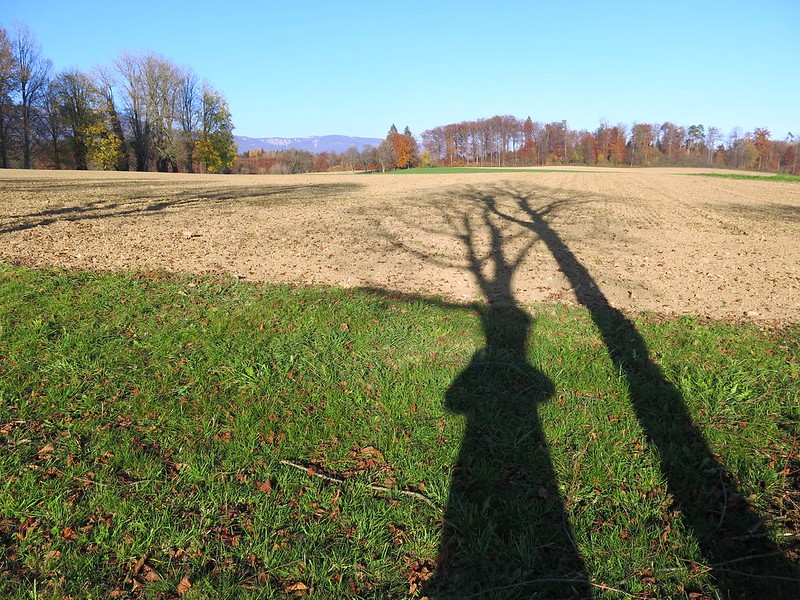 As you can see from my first photo, we were going cross country and to prove that I was there I even managed to get my shadow taking a photo on the picture. Actually I only wanted the tree shadows, but decided perhaps this photo might classify as a work of art. In the meanwhile Mr. Swiss walked on, which he usually does, and I eventually found him sitting on a bench relaxing, so I joined him. It was then that we saw Billy (a lady - don’t ask me why we call her Billy, her name is Christine) and so she stopped to have a talk. I like Billy very much. In the meanwhile the path cleaner approached in his little machine, Mr. Flury. It seems everyone knows Mr. Flury, so we all said hello and he waved and smiled and also said hello - so is village life - who needs an aeroplane. Yes, I took a photo - here is Mr. Flury. 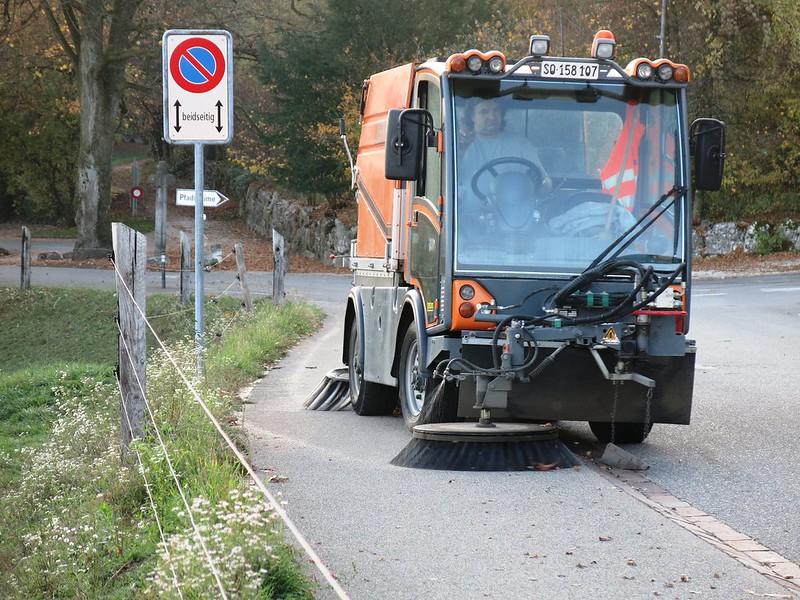 It seems that there are many Flury’s in the village.

We walked on, with Billy and she left us to do our own thing. It was then that we met cows, a herd of cows. I am always meeting cows in my village it seems. Today they were very co-operative and really waited for me to take their photo. At last the solution to a cow mystery was solved. Some of the cows were sitting down, some standing. It was then one of the cows decided to stand up. Do you know which legs the cows move first to stand. Probably you do, but I am a simple London town person and only saw cows in picture books when I was a kid. This cow did a moo, looked in my direction and said look, this is how we do it. And now I know which legs the cow uses to stand up. Was it the back legs, or the front legs - yes that is today’s question. I know it now.

We then decided to take the long road home, but first of all one of the cows asked me for a portrait. She was looking straight into the camera. 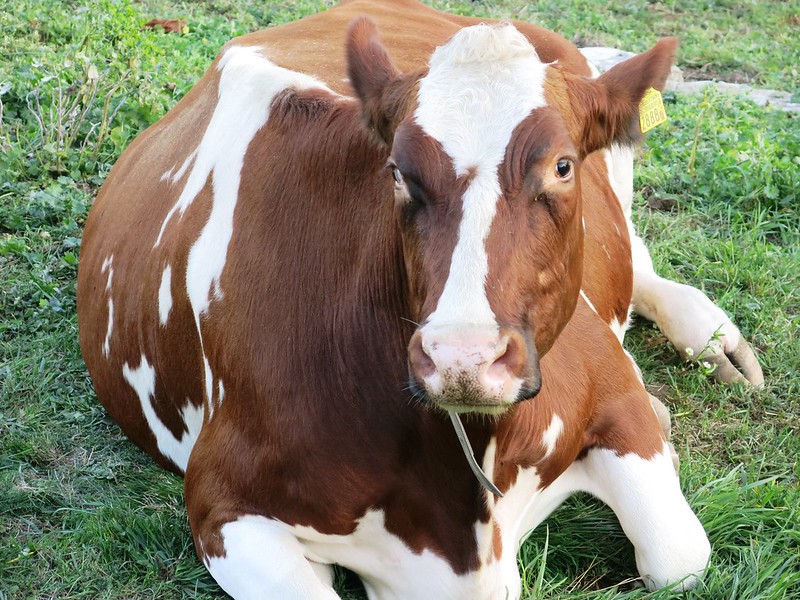 Who needs a train, plane, bus, car, spaceship, when you have two feet, and my feet never leave my legs when I am walking.
Posted by Pat Gerber-Relf at 18:13