Write about whatever you’d like, but write using regional slang, your dialect, or in your accent 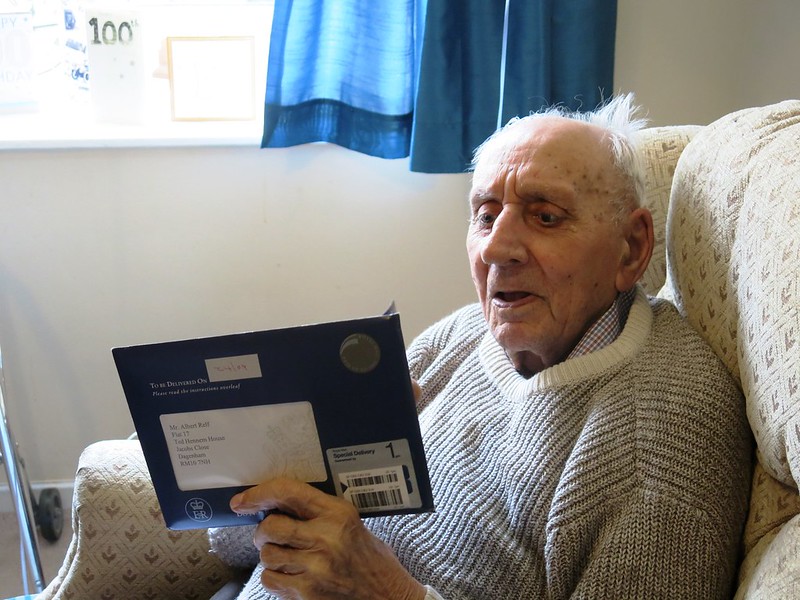 That’s me dad reading ‘is card from the British mob in the parliament when ‘e ‘ad ‘is 100th birfday. Nah I don’t wanna show off, but it ain’t everyone that can say that. ‘E was born and bred in Stratford  one of those parts of London where it’s all real, where the cockneys come from. We are a bit different to all the uvvers, like we all talk different. We ain’t as posh as the rest, but we all ‘ave golden ‘earts. Somewhere on the way we dropped our aitches and decided that if you say no twice, it is still no, so if we ain’t got nuiffing, it still means we ‘ave somefing, but all the posh might wanna say that if you ain’t, then you ain’t got a nuffing, because it’s saying the same fing twice, like are you all wiv me? Corse you are uvverwise you can’t speak proper english like we do dahn in the East End.

Corse for them  that ain’t cockneys, it might get a bit complicated to get the meaning. Nah my old man never referred to me as the trouble an strife, but ‘e’s Swiss see, so it’s too advanced for ‘im. It’s a wonder we ever got married, but luv always finds a way dunnit, at least that’s wot they say. Me, I  ain’t really a real cockney ‘cos you ‘ave to be born wivvin the sahnd of Bow Bells and I wasn’t. All the ‘ospitals in London were full up when the soljers came ‘ome from the war cos their troubles and strifes were all ‘aving kids so like no room for me mum and she ‘ad to go to a place called ‘itchin, a bit furver away, too far for me dad to be there when I arrived. Anyhow she managed it, but like the government stole me cockney rights ‘cos there were no Bow Bells in ‘itchin. All the same I grew up speaking the lingo and I soon learned that there were no stairs, just apples and pears, as well as a frog and toad (that’s the road).

So there we ‘ave it, the rhyming slang, altho I don’t know it all, jus bits and pieces, like me dad would ‘ave a butchers‘ook at the black an white wiv ‘is bins on (look at the newspaper wearing his glasses). One fing I noticed is that this computer don’t like cockney. It keeps ‘aving to correct it all when I’m writing and after all it’s all english ain’t it?

Any’ow back to dad. Yer ‘e was real proud getting that telegram, even if ‘e didn’t say so. ‘E even got a card from the Queen and ‘e never even really liked ‘er, but ain’t everyone that gets a card from the baked bean is it and it didn’t even cost anyfing. Most stuff from the baked bean does. I fink I will now put me daisy roots on and go for a ride in the jam jar, it looks a bit Mork and Mindy outside.
Posted by Pat Gerber-Relf at 16:18