Tell us about a favorite character from film, theater, or literature, with whom you’d like to have a heart-to-heart. What would you talk about? 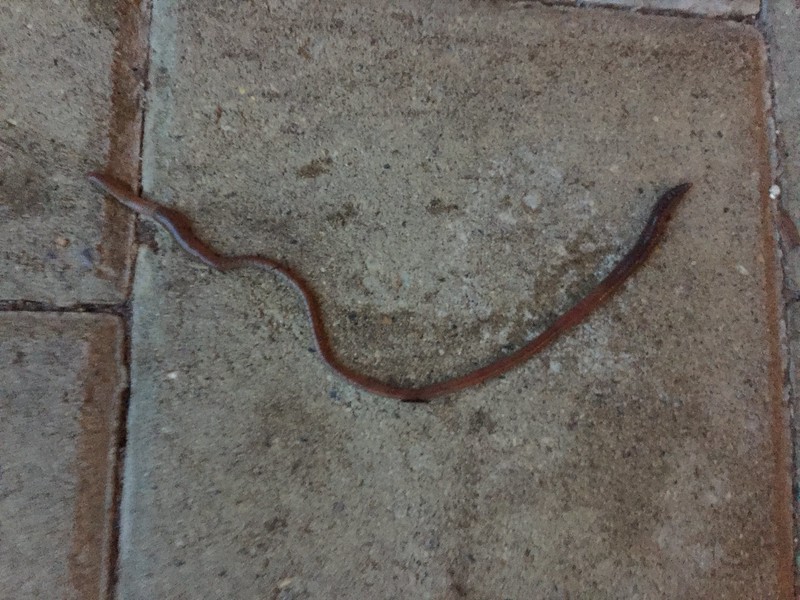 “It’s me, your favourite character of the day, just look down.”

“But you are a worm and I did not request a character from a horror film, or one of those animal films. I wanted Brad Pittt, Al Pacino, Antonio Banderas, even Bruce Willis would do, being a Mr. Swiss lookalike.”

“Sorry they were all gone when you awoke from your golden oldie sleep. They are now siting in a comfortable chair and telling all their fans all about it. In some places they are even invited to a meal in a flashy restaurant.”

“Be glad you have a worm, Mrs. Angloswiss. They were thinking of sending Godzilla or The Blob. At least I am a living thing.”

“Yes, I noticed. Stop squirming all over the place, you are leaving a trail of slime.”

“At least it is genuine slime and not that stuff that those prominents are spreading in the homes of the innocent daily prompters.”

“Who did my friend Marilyn get.”

“I am not allowed to say, she hasn’t uploaded it yet and it would spoil the surprise.”

“You mean she got a real living thing.”

“Now don’t add insult to injury, I am also a real living thing. There I was squirming around in the garden and suddenly I see myself confronted with a foot. I looked up and saw a t-shirt with WordPress on it. The foot moved closer and a voice said, “Your time has come or you will become a flat worm. Go to Mrs. Angloswiss and give her an interview.”

“So you just did what they said. You have not even been in a film.”

*Excuse me, my grandfather was the inspiration behind “The Lair of the White Worm”.”

“Not exactly, he lived in a bag of flour and the colour sort of stuck. It was only when he discovered grandmother that he decided to move into the earth. Now and again I might have a brother or sister that is white, but they are now dying out.”

“You are very long.”

“WordPress only choose the best. They have lots of worms in their archives. They breed us  and now and again let us squirm if it serves the purpose. Just like today. They said that Mrs. Angloswiss was running out of ideas for her daily blog, so they sent me, knowing you would be a succour for a photo of a giant worm.”

“How could they know. I only saw you this morning out on the porch.”

“But you took my photo. Do you want me to sign it.”

“But I could do a slimy track on the photo. And now your time is up, I should be going back to the hole I live in. I have more valuable work to do than speak to a human. We have to digest decomposing material, so it’s back to WordPress.”

He’s gone, did I do something to deserve that visit, although I must admit it is the third time I was marked for an interview. I wonder who got Brad Pitt.