Are you full of confidence or have you ever suffered from Imposter Syndrome? Tell us all about it. 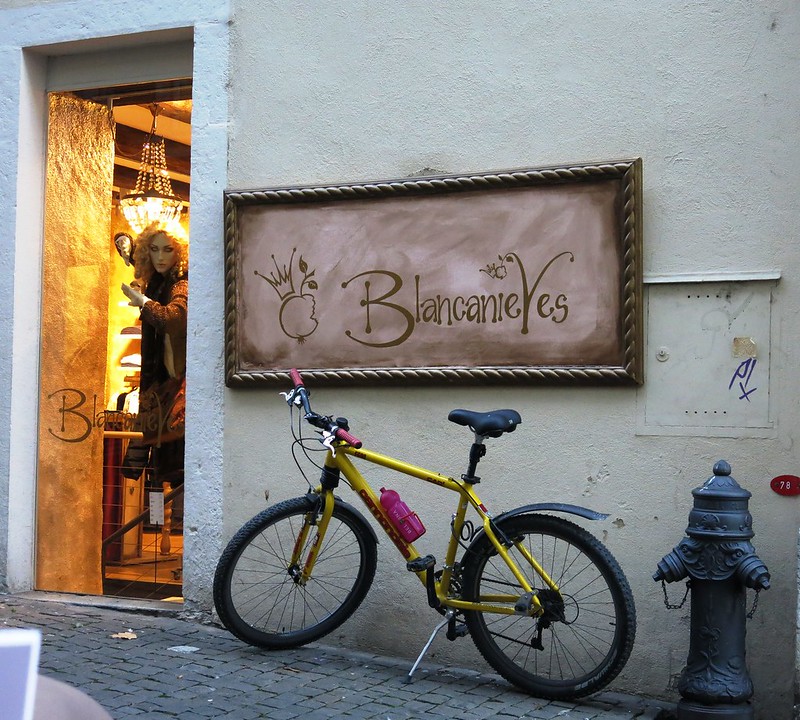 You see the lady beating on the window pane and shouting “let me out, let me out”. I was quietly sipping a tea in a boulevard cafe and saw her. Did I jump to her rescue, did I call the police on my mobile telephone. No, I just took a photo after Mr. Swiss said “Look that would be a good subject for a blog”, although at the time I did not know what sort of blog? Life is just one pretence, she was a model in the shop window and she did make an impact, so bravo to the publicity manager of the shop.

Awakening from my midday golden oldie sleep, my first grip is generally to my iPad laying next to my bed because the computer is too big and heavy to sleep next to. I take a glance at the daily prompt. First of all to see if there is one. It disappeared for two days but it reappeared yesterday evening Swiss time, unfortunately too late for me to write and it wasn't working in any case for the first couple of hours of its existence.

To continue I studied today’s  heading “The Great Pretender” and realised it was another confessional, another moment of truth where I told everyone that I do not write my blogs myself, but give them to an agency to write. Of course, this is not true, it is all my own work. I cannot afford to pay an agency, otherwise I would have got my Pulitzer/Nobel prize some time ago.It is now one of those “tell us all about it” moments, where I tell it as it is.

There is nothing to say really. I just do what I do because I want to do it. I have a motto “you have nothing to lose”, so why not. There was a time when I/we needed money: four hungry mouths to feed plus me ad Mr. Swiss and the days of being a housewife were slowly disappearing like the sinking sun. I decided to look for a job, which is easier said than done, living in a foreign country where they speak a foreign language and are not exactly waiting for an english speaking person, so I jumped in at the deep end. Cooking is international, you don’t need to speak or write but just do it and I had been cooking since entering a business partnership with my partner. I got the job and there I was swinging the greasy spoon for 60 children and 12 adults at a child minding place, called “Kinderkrippe” in German. Could I do it? Don’t ask, just follow your nose, which I did for 2 years. No-one told me to go and I poisoned no-one.

Then came a day when I decided to move. Again I applied the motto of follow your nose and discovered that an english speaking person was required. I worked for 30 years as an export clerk shipping goods all over the world. I eventually retired, was forced to retire, but not because I had been pretending for 30 years (which I probably was). Business life is steered today  by everyone being big Pretenders, inventing devious ways of saving money but earning more money and let us face it, the golden oldies are the first to go. You can pension them off, they don’t complain, they will survive, let the state look after them.

And here I am today, a happy retired golden oldie that followed her nose throughout her life. I am still doing it today with my blogging attempts, but unfortunately no-one pays me. Yesterday they wanted to fool me by pretending the daily prompt had taken its last breath, but I returned, fighting for my rights to tell everyone about it. Of course it is not really me that wrote this, just my brain that took a path somewhere, following my nose again.
Posted by Pat Gerber-Relf at 15:49