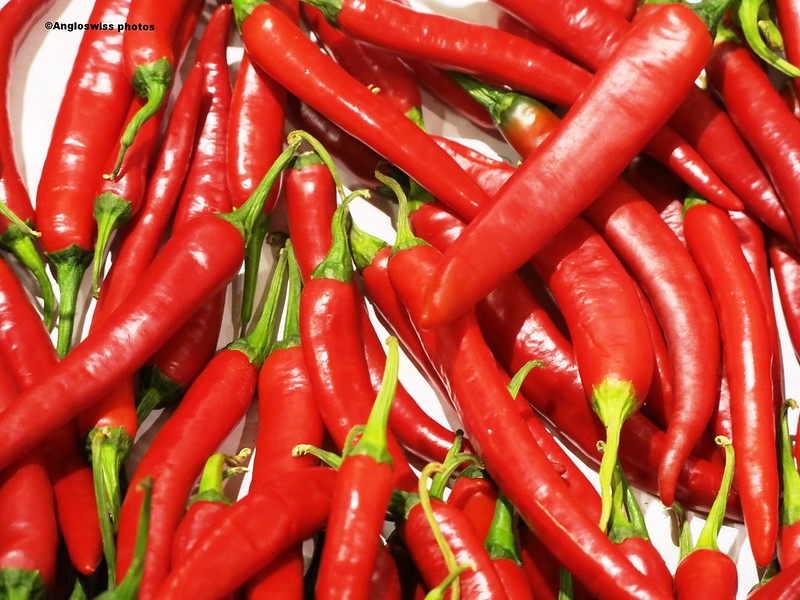 The week-end was around the corner and so plans were being made for the hungry requirements of the family.

“What about Saturday evening?” I asked

No. 1 son suggested Chile con Carne. No. 1 son is autistic and knows that as custom goes, the cook (me) often serves chile con carne on Saturday evening. It belongs to Saturday evening. And so on Friday the various ingredients were bought, including one of those very sharp red hot peppers to give it an oomph in taste. Saturday arrived and the remainders were bought by the cook’s husband. Unfortunately he forgot the bread. Now in this family bread is a very important component to the chilli con carne. Some might eat it with rice, even pasta, but in this family it is eaten with a fresh, crusty, white bread. It is custom. No. 1 son always pays a visit to town on Saturday afternoon and so he was given the quest to bring such a bread, preferably one of those long flutes that the Paris people walk around with all the time - at least it seems so.

The scene was set in the evening and the cook chopped peppers, fried minced meat and added a tin of tomatoes for good measure. The long red hot chilli was sliced in the middle and the seeds removed. It was then put in the pan to cook with the rest. Of course chilli powder a la chile con carne was added for an extra push. The cook washed her hands after handling the red hot chilli, as memories remained from a time when she once forgot and her eyes were pouring out tears from the contact with her fingers. Never rub your eyes when preparing chilli con carne.

Soon it was time to eat and all the family sat at the table. The cook’s husband was the main food taster and he found it was just a little hot, no he discovered it was very hot. After drinking a glass of cold water and recovering from the shock he asked

“Did you slice the chilli into the mixture?”

It was then that son No. 1 removed a very long red piece of chilli from his dish, although he did not ask for a glass of water.

Luckily the cook’s husband survived. Probably his taste buds had accustomed themselves to the mega chilli attack from the chile that had probably dissolved itself in his plate for some unknown reason.

Eventually all was eaten, son No 1 eating the remainders, although something was very strange. I removed a long piece of chilli from my plate and so did son No. 1, but the cook’s husband seemed to have no long pieces. Did it dissolve itself in his food after all? As I did not have to treat him for 3rd degree burns it seemed to have gone down well, although he did say more than once that my chilli con carne was very hot. 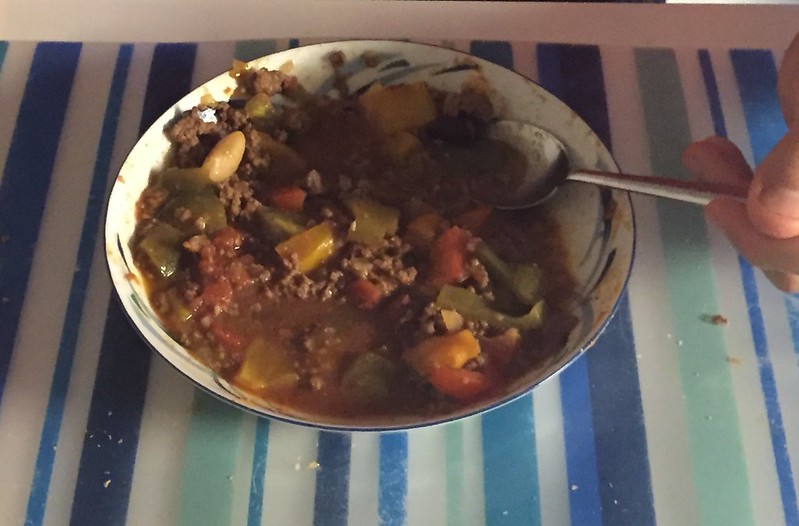