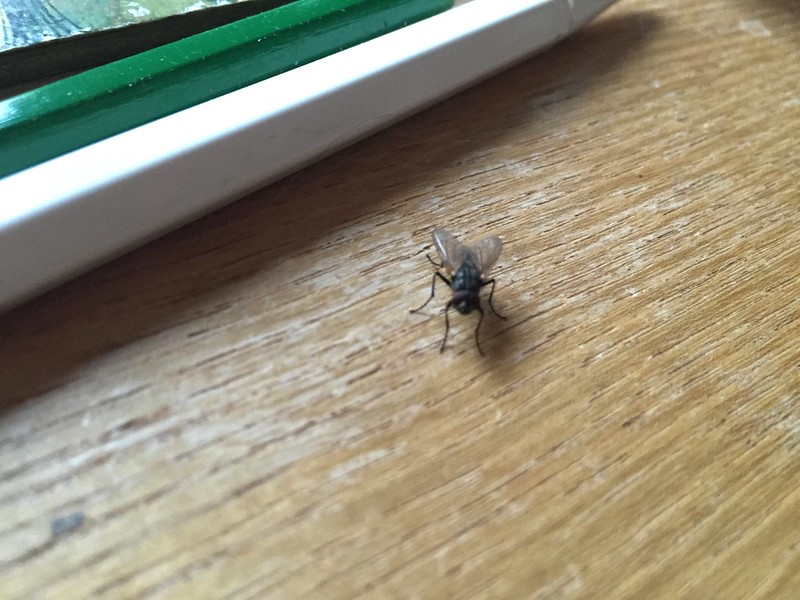 Fred was a difficult egg from the beginning. No matter how his mother tried to deposit him with his 400 brothers and sisters in the same place, he always managed to roll away to somewhere else. It seems that Fred’s mother had met his father on a chance flight near the laboratory where flies were being subjected to experiments of independence, it was all very psychological and the scientists needed to discover the secret of a fly’s ability to escape from being killed by a hand or fly swatter at the last minute. You must know what I mean. The fly is sitting on the table, you are ready to strike and just as you think you have him cornered, he flies away.

Fred’s Mum had found such a nice flat piece of cow recycling material in the meadow when she deposited her brood. She was sure that Gilbert, the husband that escaped from the fly experimental station, would have been proud of her to find such a nutritious place for his children, but Fred was different. He was too good for the others, he was something special. His mother gave up and decided if Fred did not need her maternal instincts, he should do it on his own. This did not bother Fred because Fred was a loner, one of those flies that decided to do his own thing.

And so Fred eventually arrived at the graveyard and grew big and strong. He was definitely meant for something more important than living in a piece of recycled cow material. So time passed and Fred discovered the meaning of a fly life. He became the father of many, but only chose the female flies from the graveyard, the classy ones, and avoided at all times the cow field. His many wives were not happy with their offspring, they could not keep them together in one place, but all his many hundreds of children inherited the difficult egg gene and passed it on to their children and children’s children.

One day Fred spotted a computer in Mrs. Angloswiss office. He always had an affinity to computers, espcially when he knew that Mrs. Angloswiss had the habit of eating soft sticky chocolate cake whilst composing her unique daily blogs and so he pounced. Mrs. Angloswiss was annoyed, uttered profanities and waved her hands, but to no avail.

Fred was having fun. He was sitting on the computer screen, was absorbing the knowledge of the bytes and links, this was his future he decided. Eventually Fred settled on the desk and Mrs. Angloswiss decided, now or never. She took her iPhone, knowing that she must act quickly and photographed Fred. Fred was now happy, he was now famous in the world of flies and knew that his many children would see the photo on Internet and be able to say “That is my dad”. In the meanwhile Mrs. Angloswiss was still trying to kill Fred, but he survived.

The motto to this story - there is none, flies escape every time.
Posted by Pat Gerber-Relf at 17:32