The Day of the Mushrooms 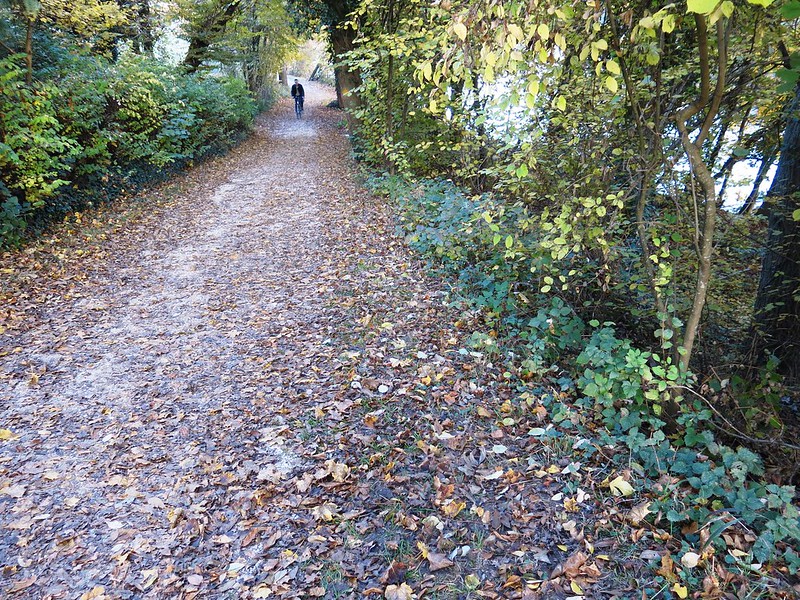 There is something strange about this time of the year. The paths are covered with leaves and deserted except for a lonely figure in the distance. The figure drew closer and suddenly disappeared, pulled to the side of the path by an unseen force. I heard a scream, but I walked on.

There was no answer just the sound of the wheels turning on a bike that was laying on its side, through their own motion. I cast a glance to the side of the path, but there was only the river, slugging its way through the surroundings and the I saw them at the river’s edge. 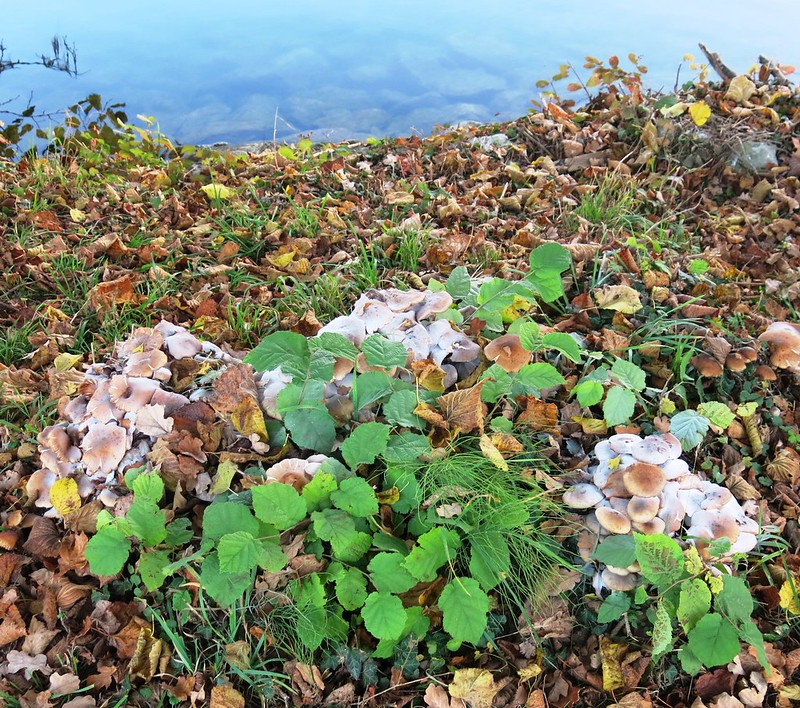 They were creeping in from the edge, engulfing the green leaves of the vegetation. You could almost watch them expanding, digesting everything that stood in their way. It was all beginning again, it was the season of the mushrooms. I looked around and then I saw him. He had landed in a patch of ……. yes, wait for it - mushrooms of course. The cyclist picked himself up, brushed the spores from his clothing and mounted his bike.

“No problem” he said “my bike slipped over a patch of mushrooms and I fell, but no harm done.”

He cycled on further - did I see a mushroom sprouting from the rubber of the back wheel? They are everywhere. It was then I heard another call for help, this time somewhat stifled. Then I saw it. 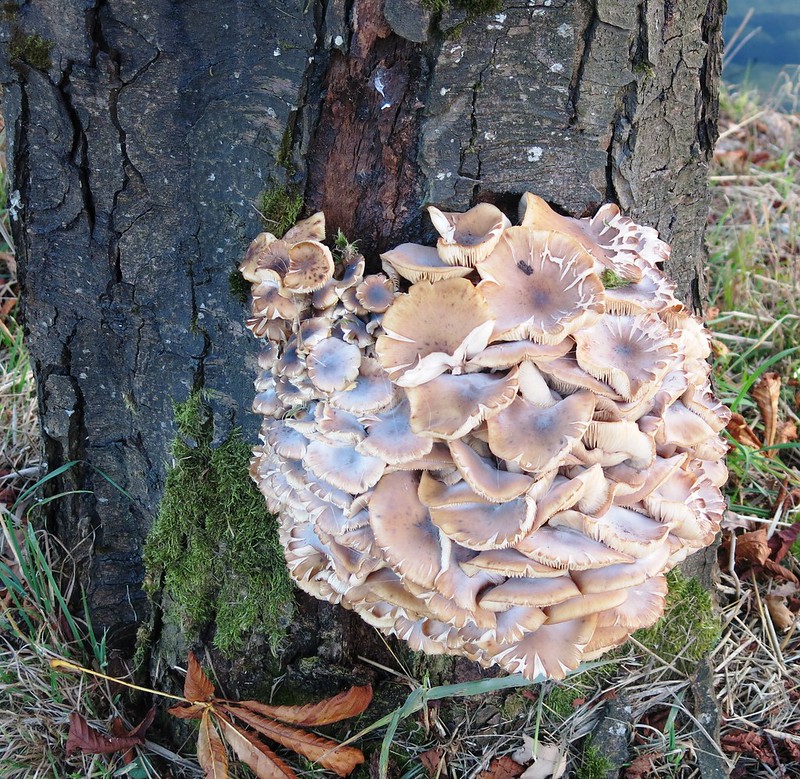 “Take them away, remove them, they are taking over. I can feel their stalks probing into my bark.”

It was a tree, another victim of the mushrooms. I pulled the mushrooms away from the trunk, the tree let out a sigh of relief and wanted to give me a hug. Yes, trees also hug, not only humans, although I decided that being squashed by a tree would not be ideal.  Unfortunately the mushrooms seemed to think that I was their new host and decided to adopt me. They began to multiply and were soon covering my legs, which made it difficult to walk. Each time I removed one, two grew in its place. Perhaps I should have accepted the invitation from the tree.

I hurried, the mushrooms growing all over my arms and I even had one on my face. There was only one way to cure this invasion I decided. As soon as I arrived home I took a pan, heated some butter and plucked the mushrooms from my body throwing them into the melting fat. Oh, they screamed and struggled, but I had them where I wanted them. I added some white wine, which seemed to calm them, they were now quite relaxed, it must have gone to their heads. It was when I added the cream into the sauce that I knew I had won the battle.

Yes, it was a very tasty meal, but I decided that Autumn walks have their disadvantages. That evening i saw on the news that mushroom invasions were taking place all over the country and the police warned to avoid them and above all do not pick them. I wanted to know more, but the newsreader was suddenly overwhelmed by a mushroom attack. I had a lucky escape it seemed.
Posted by Pat Gerber-Relf at 19:34