Tell us about something you (or a person close to you) have done recently (or not so recently) that has made you really, unabashedly proud. 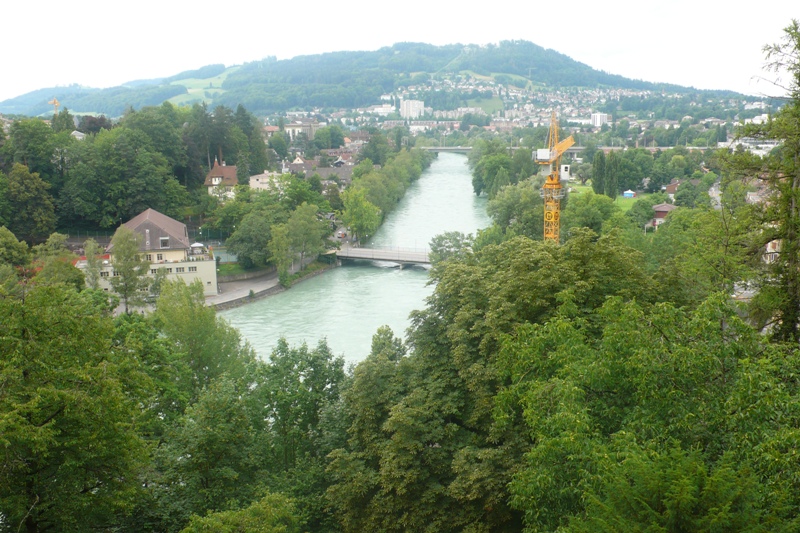 View of the River Aar in Bern, our capital city.

Does anyone have a right to brag? Funny title for a prompt. I could make a list of things, but whether it is a right I am not sure.

Anyhow today Switzerland is voting for a new parliament, although we are not all marching bravely to the various voting centres in each village and town. Most of us, like myself, already voted by post. It is much easier to sort it out at home and choose the correct smiling face from the various leaflets sent in the post where the political parties apply their convincing argument, “Choose us, we are the best” etc.

So about a month ago I decided to do it seriously. Mr. Swiss had made his choice and as his choices are usually mine, I left him to it. Of course I did keep an eye on the situation, not wanting my future to be in the hands of someone whose face did not please me. Ah, you mean I should not let looks affect my decision? It does not, although if a bloke has shifty eyes he will not be on my list. Voting is a serious matter, at least the media are convinced.

Today my iPhone has been telling me constantly the newest results. It makes a peeping noise every time something happens. There is even a so-called live-ticker on my iPad to keep me in the picture of who is losing and who is winning: a photo of a candidate shedding tears, tears of joy that he won a seat in his local parliament. Not a member of one of my favourite parties, but at least he is happy. On our TV we even have a contribution showing the part that Twitter and Co are playing in the elections. I did not realise that Switzerland, with its 8 million population, was such an important aspect of Twitter and Facebook life.

It seems that our voting event will also be reported in other countries, as what the Swiss decide seems to be a big thing. I suppose we should be happy that we can actually cast a vote without having to worry that we will be attacked, or that fights will break out if you happen to choose the wrong party. Being political today can be a dangerous thing in some countries. A snippet of information would be that there is a general movement towards the right.

In our local town of Solothurn, you can go to the Reithalle (a public building) and watch it all happening live. Our local radio is there bringing up to date reports of developments, although it seems to me everything is more or less the same. They will be offering something to eat and drink during the exciting developments, which is probably the reason why most people attend.

A quick addition: our live ticker just informed that a certain lady has managed to be electedas a member of parliament. Not one of our locals, but there seemed to be a slight disagreement to the result on Mr. Swiss part with an exclamation confirming that this lady was not in his good books and he was very unhappy, not exactly a profanity, but something in that direction. Yes, life in the Angloswiss household during the elections can get very exciting.


I stayed at home today. It was raining and the only thing to brag about was dinner which we all enjoyed: Wienerschnitzel, cauliflower in a white sauce and french fries.