Daily Prompt: Ready for your Close-Up

Cast the movie of your life. 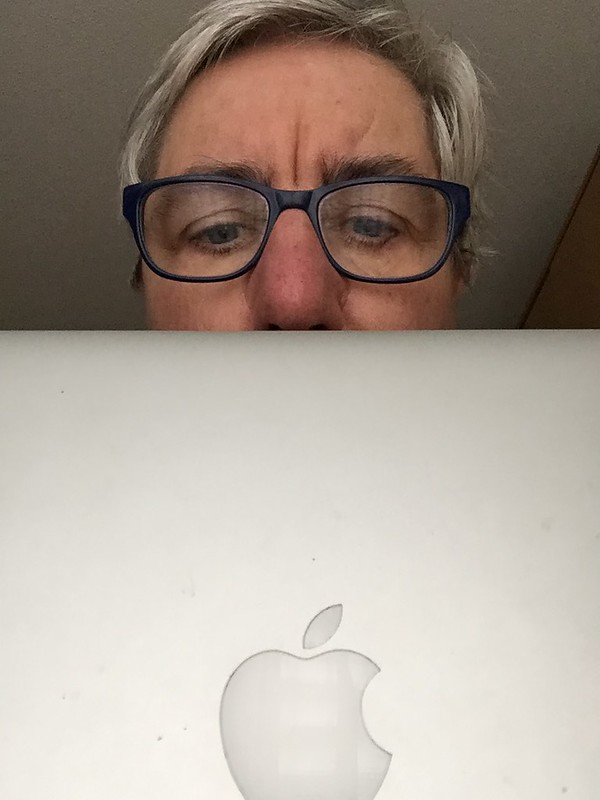 It must have taken at least a quarter of an hour until I found the switch on my iPhone for a selfie. I asked Mr. Swiss, but he said “Somewhere up there”, he left and I found it more by luck than judgement. Then I had to take the photo and that was not easy. My nose became over-dimensional and who wants a movie star with a big nose, although my lookalike Barbara Streisand did have a good voice. See my last effort on this prompt: 28.08.2013.

Now I had to send my photo to a film producer, but which one. I was sure they would be fighting for the rights on my life story “The film - The Blogging Days of Angloswiss”. Unfortunately it seems that my adventures in the cyberworld were not recognised. Perhaps Martin Scorsese was not the right choice, although it did say that Taxi Driver was the story of a dark urban nightmare of a descent into insanity. I experience my nightmare daily when I get the new title of my daily prompt and I do not even have to descend, I am already there. Martin wrote back to say I was far to intelligent and female.  Taxi drivers with grey hair would not fit the role even if I did have an Iroquois hairstyle.

I then deiced to try Quentin Tarantino, thinking of a sequel to Kill Bill. Again the only offer I had was for his new idea “Kill Angloswiss” which meant I only had a minute at the beginning of the film when I was put into a coma after being crushed by a sumo wrestler who overlooked me when he sat down and I died immediately. I did not even have a chance to say my famous last words “Ouch”. Although there was talk about being in “From Dust Till Dawn”, but there again I appear as the sun is rising and we all know what happens to vampires when the sun rises - yes, it would have been a short role.

My appetite was encouraged for something completely different. I was sure I was destined for a something so much better. It was obvious, from my experience, that I was just too well known for Hollywood. The directors knew that I would put all the stars in the shadow with my perfect figure, looks and talent. I decided Italy was waiting for me. Sergio Leone was impressed, he was just casting a sequel to “Once Upon a Time in the West” - “They all got killed happily ever after”. Unfortunately I had a problem with the long coats all the cowboys were wearing and tripped on my first appearance, breaking an arm and leg, so my film career came to an abrupt end.

But wait, someone sent one of my photos to George Romero. I got a part in “Dawn of the Dead”, George was enthralled. At last he had an actress that needed almost no make up. I even got the honour of being Zombie of the Year. You didn’t see me? I was the third zombie on the right, the one eating an arm, or was it a leg. I am not sure, but it was my first and last film. Now and again they let me out for a guest appearance, although I am always kept in a cage. No recognition for natural talent these days!
Posted by Pat Gerber-Relf at 16:24