Who was your first childhood crush? What would you say to that person if you saw him/her again? 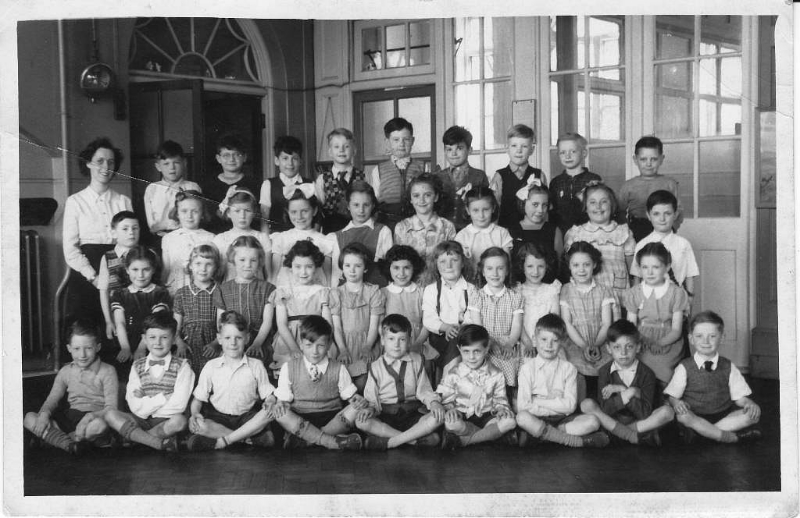 This is the earliest photo I have with me. It was in the first ever school I went to, known as the Lawrence, in the east End of London, Bethnal Green   - an infants school.  It was also the only school I ever visited that had members of the opposite sort. My next school was girls only, a primary school to prepare us for the big exam. The primary school was for girls only, and my next school, the grammar school, was also for girls only. My chances for crushing were destroyed at the beginning.

So returning to my first school photo, you can find me in the second row from the top row, third from the right with the bow in my hair. My mum had something with bows, the bigger the better and nice and colourful. I was not asked, she just tied it into my hair. Perhaps it was the reason that I never bothered with a crush, as I do not think that any member of the male sort would have wanted to have a return crush on a classmate with a bow. I was probably around 5 or 6  years old in this photo.

Although there was a once a day when I walked into an office and then ….. Oh that was 46 years ago and the rest you can think for yourselves.