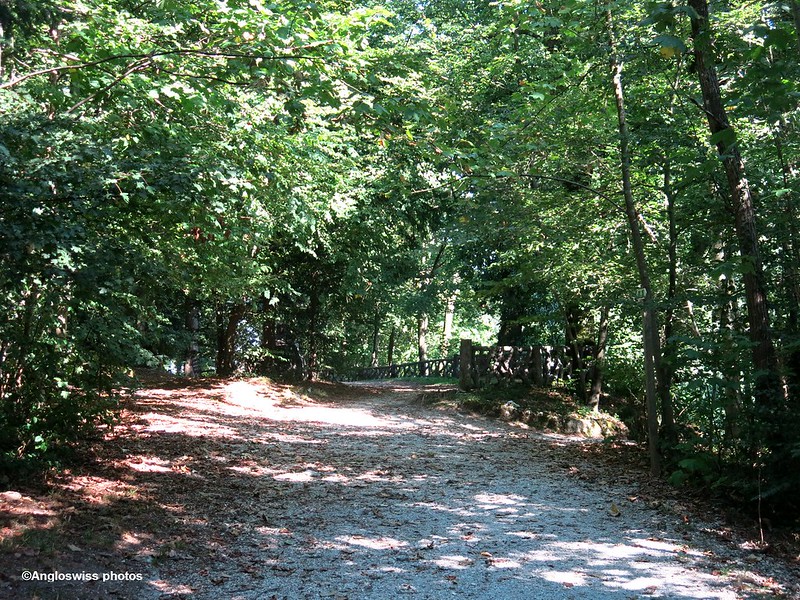 Yes, I must have been in a foolish mood yesterday when I answered in the affirmative after being asked if I wanted to go for a walk. Temperatures were above 30°C, although there was a breeze blowing, be it a warm breeze.

“Where shall we go?” I asked

“The hermitage would be a good choice, it is a ravine and is permanently cool.”

So we decided on a hermitage walk. Hermits are quiet people, cause no trouble and usually keep themselves to themselves. Unfortunately we discovered on the last hermitage walk that everyone else has the same idea and the hermitage resembled a mass excursion of the local population, but that was then Sunday afternoon. It was now a Friday afternoon, so what could possibly happen. We had a two minute drive to reach the entrance as marching across roads in an upwards direction was not advisable. We discovered a neat parking place, just near the hermitage restaurant. As we actually had no money with us to cover the cost of a refreshing drink, we ignored the restaurant and walked on through the path above which arrived at a place known as the Kanzel (our local Swiss German name) and were rewarded with a view over the cathedral belonging to the nearby town of Solothurn. 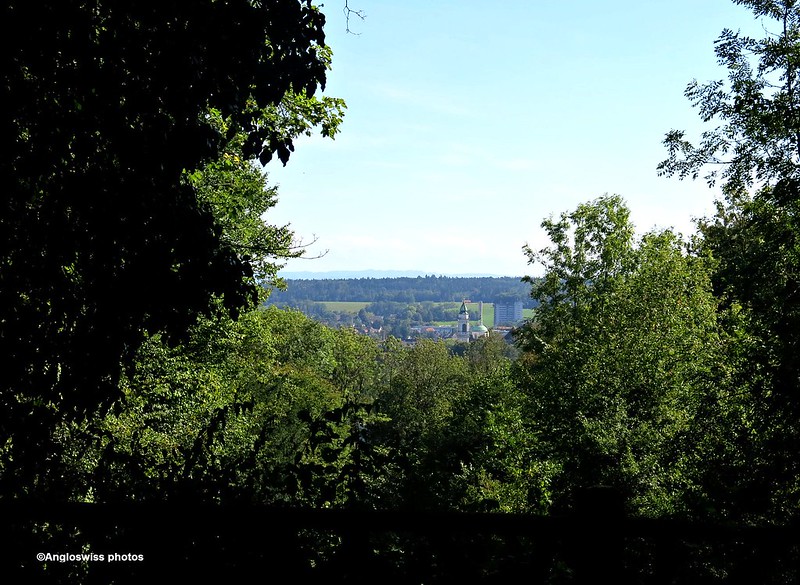 And now I was ready to go. Five minutes walking was not enough, I wanted more. Unfortunately my foolish mood was the cause of this idea, but I persisted undaunted, although there was a little resistance.

“Where else do you want to go?”

“No idea, but just a walk around the Kanzel is a little short.”

After an intensive discussion it was decided to go further into the depths and to see what the hermit was doing in the Einsiedelei as it is known in our area. It was a walk downwards to remind you that you had calf muscles on your legs, but we survived and approached the hermit’s house. 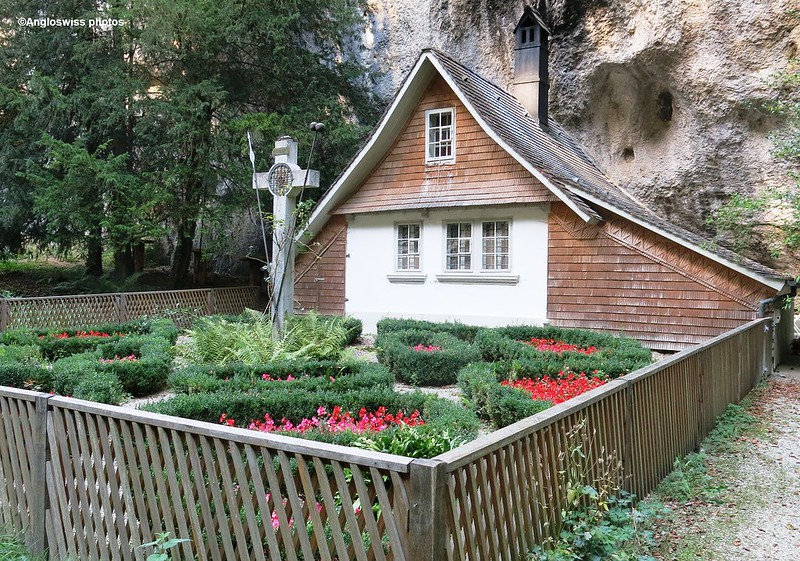 It seemed that the hermit was not at home, or perhaps she was peeping behind the curtains, not wanting to be photographed. Hermits can be quite fussy about things like that. I pushed a couple of tourists to one side and made my photo.

On the return journey I noticed this interesting little place just near the house. I do not know what it is used for, but probably something that hermits need. Perhaps a place to escape from the permanent march of the tourists. 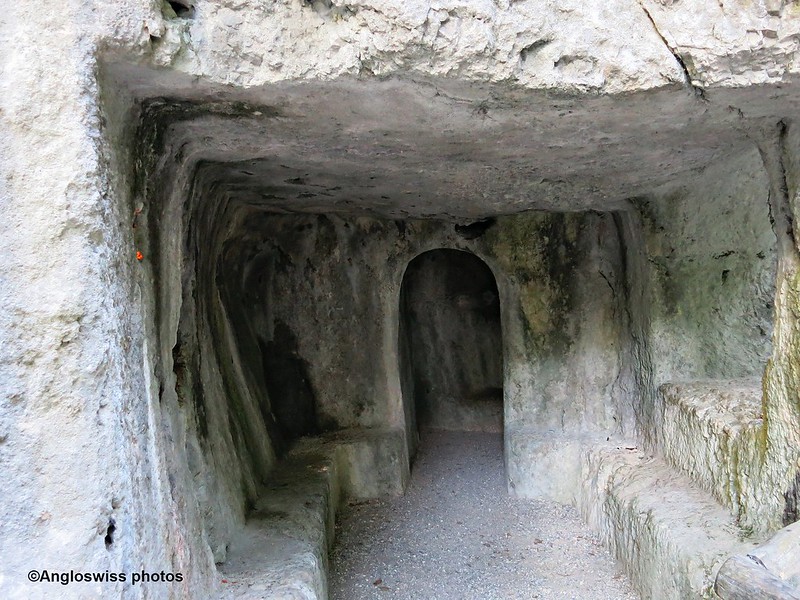 We walked on along the banks of the stream flowing through the Einsiedelei. It was then that my scout changed the direction to an upwards walk, to return to our car. A lot of renovations had been made in the Einsidelei and one was to make a new path with steps. Unfortunately the steps seem to have been designed for a guy known as Gulliver, and I was more a golden oldie who was still glad that her feet were attached to her legs. The first step seemed to be the test. It was bordered with a wooden plank which you had to climb up. Unfortunately there were no bushes or trees or other useful objects to hold onto and for a moment I was suspended in mid air, one foot raised and the other wanting to follow. My scount had already moved on to tackle other obstacles. The second step now loomed ahead and I was frozen to the spot, but now the scout realised my predicament and came to my assistance. He grasped my hand and I grasped his. It was a joint effort, but we succeeded and three Gulliver sized steps later I had reach the top - almost. There was now a slight steep climb, but if the hermit can do it, so can I and eventually we reached the top.

I could see my car, and I had survived yet another challenge. We arrived safe sound at home where my scout prepared an evening meal of cervelat salad, something typically Swiss made from our national sausage. As he is Mr. Swiss, I let him do it, it tastes more genuine.