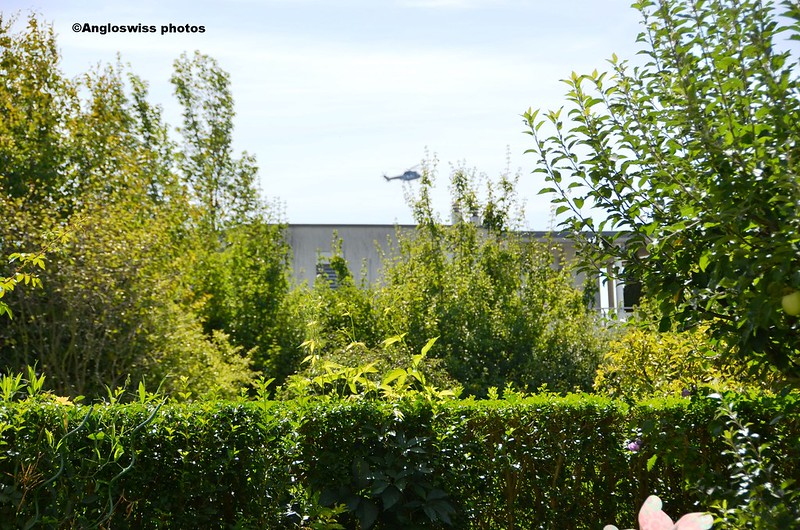 The what?? Yes you read rightly, it was a super puma according to Mr. Swiss and his military pilot training which does not exist. It began with a vibrating noise, I thought we were being attacked from another species. Mr. Swiss was already outside with the binoculars and I followed, but we saw nothing.

It then ascended with a rope tied to it. Mr. Swiss was sure it was a Super Puma. Our army do have a few of these, I once saw one land in the Bernese Overland in a place called Lauenersee. We were quite close up and they were big, enormous, gigantic. You may ask why does little Switzerland need such powerful helicopters. I also ask myself this question. The answer is of course to use the money they have in their reserves. We pay our taxes and want to see something for it.

This morning it was not an army operation, but more a building operation I think. The neighbour said they were organising stuff at a local area near a factory. In any case we had showtime pure, complete with the noise. Mr. Swiss left his observation post and I was alone with the housework and the helicopter. It is not easy to split time in cleaning the shower and windows and taking exclusive photos of a Super Puma helicopter but I did it. After all it is not every day that you hear the constant rotations of helicopter blades and the birds fly in circles in the sky wondering whether there was a new bird in town.

This photo was just to show where it was all happening, somewhere over my horizon. The operation continued for half an hour and then it disappeared. Was the job done? No, it probably just went to tank up and it returned just in time for our lunch which we normally eat outside on the porch, weather permitting. Today the weather did permit, but we did not bother to switch on the radio. We had our own noise from the helicopter. At least it was something completely different. So here it is in close-up and you can see the rope hanging beneath. Unfortunately we could not see for what the rope was hanging. 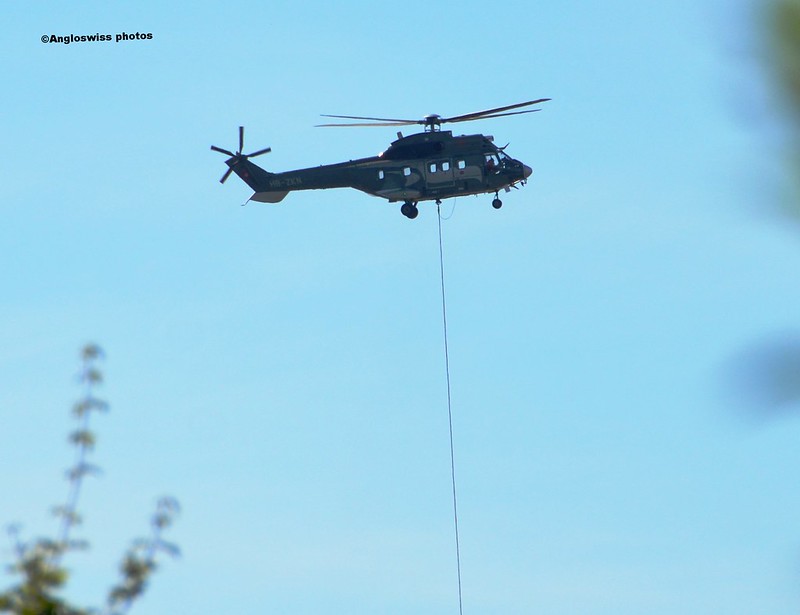