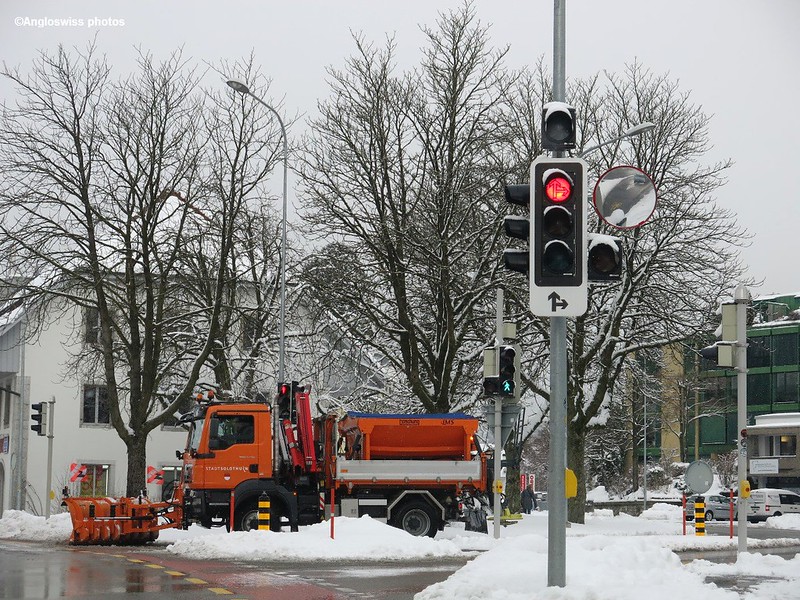 The traffic lights were red. After five minutes she became impatient. Shall I go, or shall I wait? There was still a stream of traffic from the right and the left, although not as dense as it was and so she decided to wait. There must be a moment when the light would slide into amber and eventually green and then it would be all systems go.

She was still waiting and it now seemed that the road was empty. Shall I do it, press my foot on the gas pedal and take a chance? There was the sound of a police car in the distance, or was it an ambulance? There must be an accident somewhere. And the traffic lights remained red, she was  forced to wait, but she had no time to wait, no time for dead signals. Slowly she saw a cyclist approaching on her road and he came to a halt next to her car. Cyclists were lucky. They could dismount their bikes, push it onto the sidewalk and after the junction back on the road to continue the journey. Perhaps she should have taken the bike, but it was Joe’s bike, his pride and joy. He would cycle for miles just for the ride. Now his bike was at home in the garage, so that was not the solution and in any case Joe forbid her to touch his bike and he would no longer need it.

Actually he forbid her to do a lot she remembered. She was not allowed to take the car without his permission, just for shopping and he told her what he wanted for lunch. Now she was sitting in the car without his permission for the first time and she would decide if she would cook or not. Perhaps she would have a meal on the way in one of those restaurants on the motorway, or should she wait until she boarded the plane. Oh, the plane, how much time do I have? She reached down in the car and took her bag, casting a hasty glance at the traffic light in case it really did decide to change to green, but it was still glaring at her with its red eye, almost a dare. You want to move, but only in my time, just like Joe.

A quick grip and she had her handbag with the ticket. The Internet is so useful if you are in a hurry. Book your flight and print the boarding ticket. No, she was not a stupid as Joe made her out to be in front of his friends. She removed the ticket from her bag and glanced at it. She still time to reach the airport, if only the traffic light would change to green. Something attracted her attention on the ticket: a red smudge next to the check-in time, the first figures were almost illegible. She scratched on the red stain with her finger nail. The stain became thinner and she could read the time, but the traffic light was still red.

She decided it was now or never, whether the light was red, amber, green or blue as far as she was concerned. She made a decision and put her foot on the gas pedal. That was the advantage with automatic gears, you could just go, go, go.

“Turn the machine off, there is no point, the signals from her heart beat are dead. She hit the heavy transport at full speed. ”

“It seems she just sped over the red light without looking.”

“Doctor there are two police officers waiting to speak with you.”

“Good morning doctor, it seems to have a Mrs. Smith in your emergency room.”

“Yes, we had a Mrs Smith, unfortunately she has just died. Are you here about her collision ?”

“Yes and no. We are from the homicide squad, accidents are another department.”

“But she was not murdered.”

“No, but her husband Joseph Smith. His body was discovered this morning. He was stabbed with a kitchen knife. We are now investigating the crime.”
Posted by Pat Gerber-Relf at 15:55