Time to confess: tell us about a time when you used a word whose meaning you didn’t actually know (or were very wrong about, in retrospect).

See may last prompt on this subject - I have nothing more to add Dictionary, Schmictionary 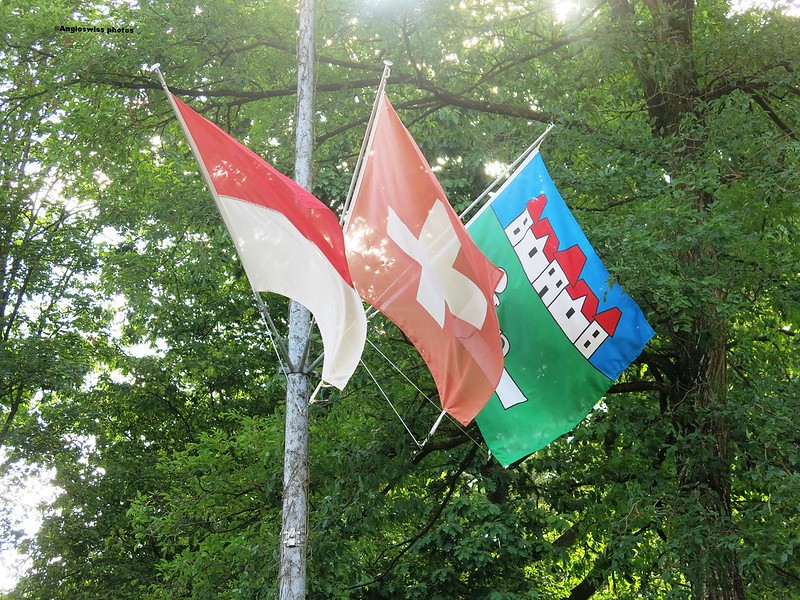 The following might be the truth, but as no-one was really there to see it all happen and it was 700 years ago, who knows. It might just be a figment of my imagination. It remains to be proven, by the amount of empty schnapps bottles found on a field surrounding the burnt out remains of a fire, there was a meeting. In the meanwhile it is not even today sure that there was a battle in Morgarten. Read on if you want to know the horrific truth.

Today is 1st August. Now what is so special about the 1st of August. As the story goes three guys/blokes met in a field somewhere in the middle of Switzerland. It was a cold evening so they warmed themselves in front of a roaring fire and shared a bottle of schnaps, probably brewed from the local juniper bushes, known to us in the english speaking world as Gin. These three men also decided to sniff some snuff which intensified the effect of the gin to an extent that they got big ideas.

“Let’s rid ourselves of the Hapsburgers (occupation force), they are of no use.” said Fritz.

“I have the solution” said Melchior after taking a large pinch of snuff and  opened the second bottle of schnapps. “We will start our own country.”

“Do you think that is good idea” said the other two “our wives might not agree”.

“Men” continued Melchior “I am talking of our future. What we now decide will be remembered by every person in our country.”

“But Melchior, what country?”

“We will call it Helvetia.”

“Helvetia, I said. It’s just as good as a name as any other. I read it on a Roman coin they used in our land.”

“Yes but Helvetia is not so easy to remember Melchior. I have an idea” said Fritz. “You know my wife's Swiss rolls are famous through the village, so lets call this country Swiss Roll.”

“Forget it Fritz, you cannot name a country after food. We could call it Switzerland.”

“I will have to ask Helga. She is very particular about how her Swiss rolls are named.”

“Just a minute guys. It was my idea so I have something to say. It will be called Helvetia, but after we have killed the Hapsburgers at our next battle, we will call it Switzerland.”

“We are having a battle with the Hapsburgers?” Said Fritz.

“Why not. There is a little mountain pass near bye called Morgarten and it will be easy to ambush the Hapsburgers. We could throw some Swiss rolls and chunks of Emmental cheese at them, and we might even find a few crossbows. Yes, we will go down in history. Switzerland will become independent and to commemorate the day we will establish some Swiss banks in Zürich, to keep the loot safe.” Melchior was proud of his ideas which were becoming more spectacular with each fresh bottle of schnapps he opened.

“Why Zürich” asked the other two men.

“Why not” answered Melchior.

And so the country of Switzerland came into existence on 1st August 1315, although when the men arrived home early in the morning singing “Vo Luzern gage Weggis zue” they were greeted with Helga’s rolling pin.

After a while the idea became reality and Switzerland was born.

That is why today we are celebrating our national day. I took the photo of the flags in our main road. The one in the middle is the Swiss National Flag. On the left you can see the flag belonging to the Kanton/State of Solothurn, the area where I live. On the right you can see the flag of my local village “Feldbrunnen”, showing our local castle, and a fountain, Brunnen being the German word for a fountain.  So there we have it. Why we are exploding fireworks this evening, if it does not rain, and the children are marching through the local town holding lanterns containing a candle with Swiss subjects depicted on the lantern covers. There will also be a political speech by someone political in the town and Mrs. Angloswiss? She will be at home watching the fireworks from her garden and wondering why people spend so much money on it all.