Not only a river, but a transport method 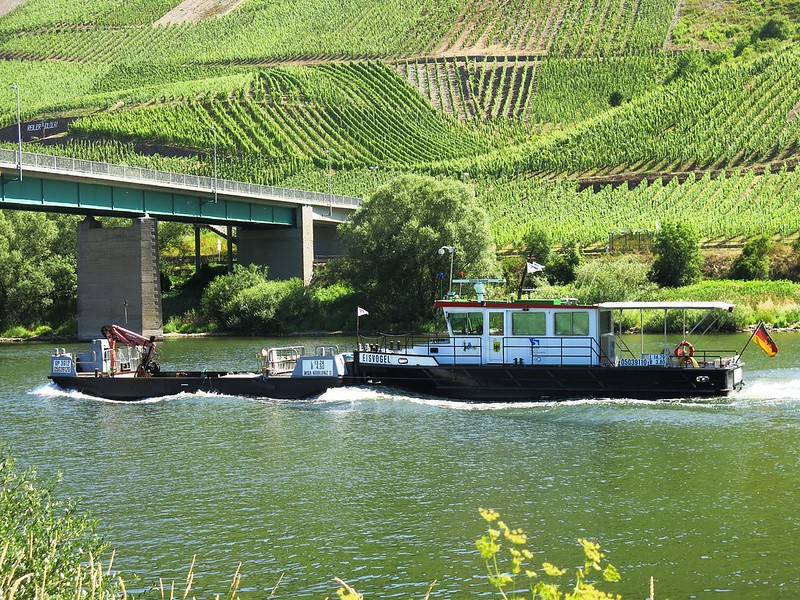 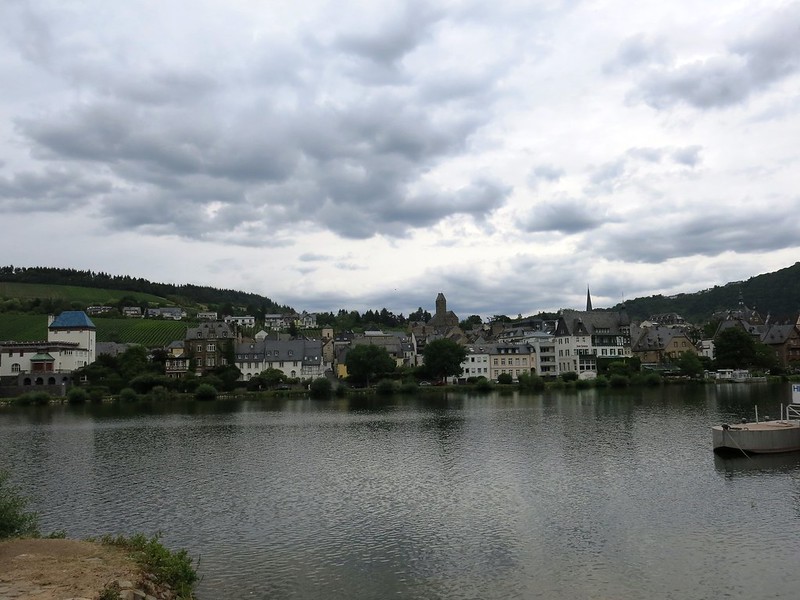 My son took me to a place called Traben-Trarbach which was about 10 minutes drive further along the river from Burg where I was staying. Apparently there were two villages one on each side of the river, but they got together and combined their names. All along the River Mosel there are villages on its banks. Of course there are pleasure boats for the tourists, but the Germans use their rivers for transport of goods. It seemed to me that coal was a necessary commodity as every barge I saw had two piles of coal neatly placed. I was wondering if coal piling was an occupation in Germany because the piles really looked quite neat and pretty. Very often the barges seemed to be too small to accommodate the load and so they combine two barges by some secret German method of tying them together. 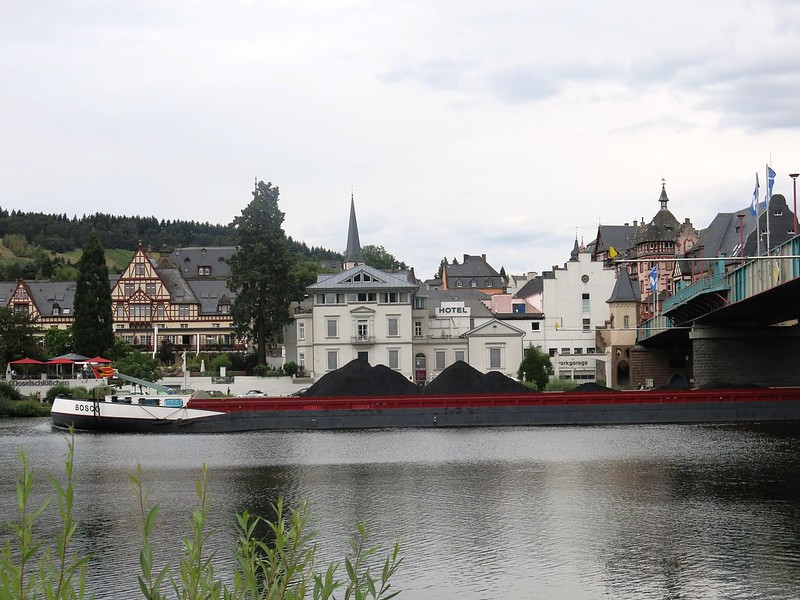 The problem with these barges was they were so long that my camera could not capture the full size of the barge. Anyhow here is a typical example of one of these coal loaded barges. Not only did they carry goods, but at the end of the barge the captain or whatever, had parked his car on the barge for transport, probably for when he had reached his destination. There were also living quarters for the crew incorporated on the barge. I think the whole concept of barge life runs in particular families. I must admit I thought coal was no longer something used so much, but it seems in Germany they still have a need and I must have seen at least 3 or 4 barges loaded with coal on the Mosel.

I was fascinated by them as they made their silent way along the river. I noticed in the town of Trarbach there was a marking next to the bridge (on the right of the photo) to show how high the river can climb when flooding happens, and it often happens, generally when the snow melts in the heights or when it rains heavily. I suppose one of the disadvantages of living in a village on a river bank, although the people live with it having elevated walkways ready for usage when necessary.

To cross the bridge you had to climb steps from the river bank. I am not good at climbing in the best of times,  but I managed it and did not trip up once. I think I was getting used to walking up and down after my stay on the steep shores of the Mosel.

I must say the towns in this area are very picturesque, as if from a picture book. Germany does not have states or Kantons, but Lands and this area is known as  Nordrhein Westfalen.
Posted by Pat Gerber-Relf at 16:36