Walking is healthy, so they tell me

Think of a time you let something slide, only for it to eat away at you later. Tell us how you’d fix it today. 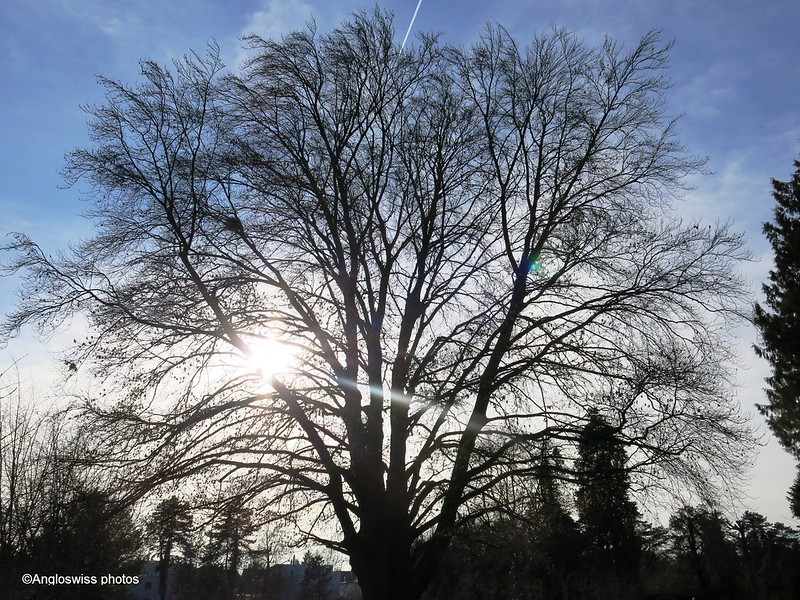 Over the past couple of years I let my walking abilities slide to the extent that my legs decided it was time to do something about it, otherwise we would have problems.

“Hey Angloswiss brain, we are getting rusty, out of order. Our joints hurt, we get tired too quickly, so do something about it. Ask Mr. Swiss to take you with him on his afternoon jogging sprees.”

“I’ll think about it legs, but he doesn’t jog, he walks at a steady tempo.”

“Better than sitting at a computer writing daily prompts which were daily two years ago. Out in the fresh air, do something.”

“Can I take my camera with me?”

“No problem. I asked the arms and they said they would hold the camera for you, so let’s go.”

After that conversation with a couple of my limbs I decided the time was ripe. Spring is here, almost, the sun is shining, it is t-shirt time and the crocus are flowering. There was one small problem. Mr. Swiss was delighted to have a companion on his keep fit walks, but there was a slight misunderstanding. He does it without the camera and I do it with, meaning a quick stop in between to take a prize winning photo.

Two days ago, we did our first walk, which was more or less a success, although I did feel a little tired afterwards.

“Angloswiss, we were on our last muscles when we arrived home, but it can only get better.”

“Shhh legs, don’t tell them such things, I am practicing, it will take a time but we will soon be bionic.”

By the way the photo is from an ancient tree in the local cemetery. I think they planted the tree before they buried the first victims. Anyhow to continue, I completed my second walk yesterday with Mr. Swiss. He was a happy walker for a certain reason. I took my camera with me, but changed the battery before I left to be sure that it had enough power to continue taking photos. On my first walk I took forty photos. This time the route was set for along the river and I had dreams of duck and swan photos, with some cows and sheep on the side pastures. Unfortunately the second battery I inserted into the camera was not charged, it was dead and so my Pulitzer photography prize dreams were killed as soon as I saw the first duck. Mr. Swiss did not seem to mind for some strange reason. Anyhow we continued our walking marathon along the river without photos. We got to a point where we could make a right turn back to civilisation, or continue. He decided for civilisation and I was not sad. My legs were beginning to lose their attachment to their feet, but I ignored my problems. It was then Mr. Swiss decided to cross the road which again led to the cemetery. By this time I did have a sort of death wish, but I managed to hold on somehow.

Cemeteries are quite useful for walks. They have benches placed in strategic places to sit and do some gravestone watching and so we sat. It was then I realised that the body shaped benches had been replaced by something more modern which had no support for the back. I leaned back and found that there was a stone wall behind the bench, but too far away to rest on. I made a few negative comments about these new expensive modern benches and Mr. Swiss said there is one of the older benches five graves to the right. I managed to creep to this body friendly bench and spent some relaxing moments there.

We then departed for home. I was not sad as I was feeling a little exhausted (half dead), but we arrived safe and sound. Mr. Swiss found that it “does you good” to go walking regularly, but perhaps not so far and so long each time. I agreed whole heartedly with this suggestion.

Today was a day of rest. The plumber arrived to do a few small corrective jobs on the toilet and the sink. I decided instead of a brisk fresh walk in the country, I would clear some Autumn leaves from the garden. It seemed that the Autumn leaves had reproduced themselves on the ground, but after my walking training this was no problem. Our garden container is now filled to the brim with the dead remains of last year’s trees and my back aches. Mr. Swiss helped to sweep them together. Unfortunately there was a fresh Spring wind blowing, so our neat piles of leaves were often demolished which caused a few profanities to be uttered.

Eventually we were finished, the plumber left us and the telephone rang. It was our gardener who informed that tomorrow morning he would arrive with his merry men at 7.30 in the morning to prepare our garden. I somehow had a strange thought that we could have spared the Autumn leaf removal, but we now have a neat and tidy garden. I even saw a few fire bugs walking around, so we are now ready. And now one last photo taken on my walk at the cemetery when I had a fully operational camera.

I saw this ornament on a grave and decided it was worth a photo. 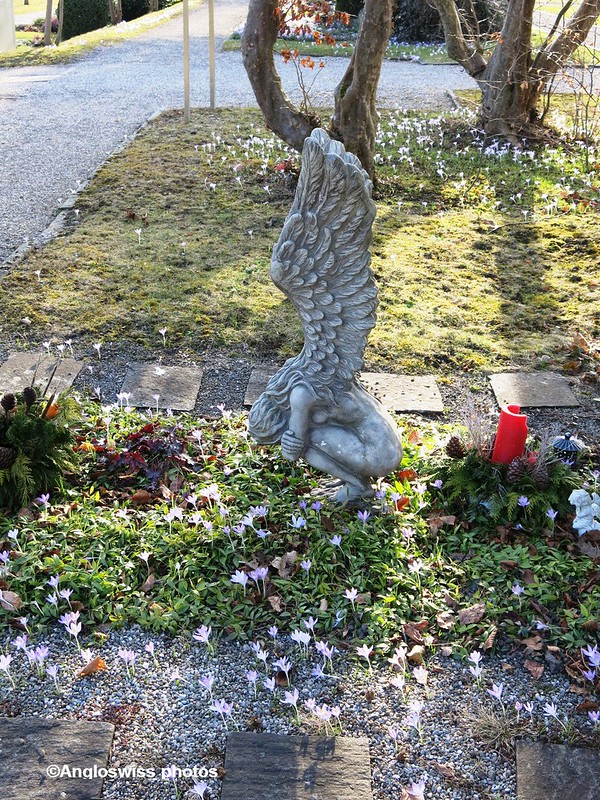 Click here for more
Posted by Pat Gerber-Relf at 16:39