Let me begin at the beginning. It was a normal evening, as far as normal happens in the Angloswiss household. I was seated at my computer involved in the finishing touches of my daily prompt and correcting the various spelling mistakes. I was happy, no problems. Mr. Swiss was seated in his living room office and then it happened.

“What are you doing with your computer. I can hear a constant whistling noise.”

I had now shifted to my ageing Acer computer, working on the result of a photographic safari to the cemetery in the mist. I must admit walking in fog in the cemetery does give you a strange feeling, but I arrived home untouched by any vampire or other undead subjects. Mr. Swiss was worried.

“I cannot hear any whistling noise. I am just finishing off on my computer.”

“But there is a distinct constant noise, very annoying. It makes you nervous”.

I heard no strange noise, except for my computer that now and again took a deep breath to cool down. There seemed to be a dangerous situation developing in the Mr. Swiss area and so I came to listen - and heard nothing.

“I can’t hear anything.”

“It stops now and again.”

But then I heard it, “Bip” and then it was gone. After a short while I heard it again “bip”. I counted in between “bips” up to 15, the noise seemed to arrive at regular intervals.

“I think it is the modem, or it might be the router, or what are you doing on your computer?”

If you cannot put your finger on it, then it must be me.

“I am running my Malware byte programme before I switch off.”

“How long will it take. I want to switch everything off to have a detailed look.”

“Yes, do that, it never finds anything in any case.”

So I broke up my important virus search programme to make Mr. Swiss happy and my computer was switched off. Mr. Swiss than began to examine every attachment we had in our computer organisation centre, and there is a lot to examine. 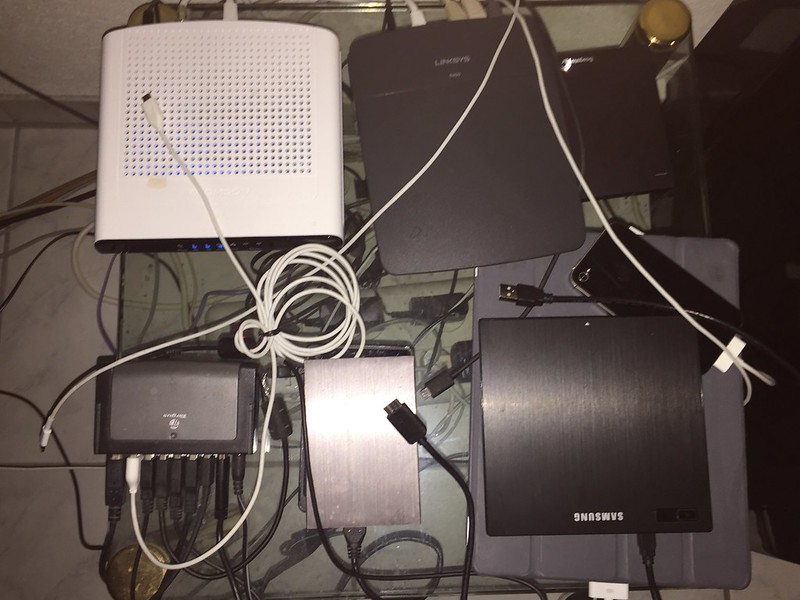 It was a combined effort on both our parts. Of course, I was doing it all wrong, but I usually am. Mrs. Swiss knew what he was doing, so I let him get on with it, being convinced that he would find the “bip” eventually. We both had our ears to the modem, the thing radiating the blue light.

“It could be the modem” I said, although my knees would not bend enough for my ears to get a close listen.

“Probably is” said Mr. Swiss “although it could be the router”. That is the black box next to the modem. During the course of the evening Mr. Swiss removed all the cables, re-inserted them and I even fetched my special portable Dyson vacuum cleaner to remove various dust sample that appeared in the meanwhile.

We eventually gave up, and with a “bip, bip” as an accompanying background noise, Mr.Swiss watched the TV, an interesting political interview, and I read a book. As my hearing is not so good, I could easily ignore the mysterious background sputnik similar noise, although Mr. Swiss was still troubled. In the meanwhile he said he could no longer do further examinations because I was constantly using my iPad and he could not do the big switch off. I told him this was not the case as I had long moved onto my Kindle which did not need online attachments.

Perhaps we could hear it in the bedroom when we retired for the night. It was already my retirement time, so I disappeared between the sheets and tried to forget the whole thing. We could always phone the modem company the next day, but as we really could not localise the strange noise, it might be difficult to explain.

“I found it” Mr. Swiss said (not Eureka as some greek guy once said).”

“It was our old telephone, the one with the fixed telephone network”. We had cancelled this a week ago, and now only used our mobile telephones. This no longer needed telephone had been put to rest in a drawer in a cabinet next to our communication central and was still frenetically searching for a connection, which no longer existed. “Bip, bip” seemed to be a cyber cry for help. Mr. Swiss is very clever. He now removed the batteries from this telephone and dismantled it and our poltergeist had been laid to rest. 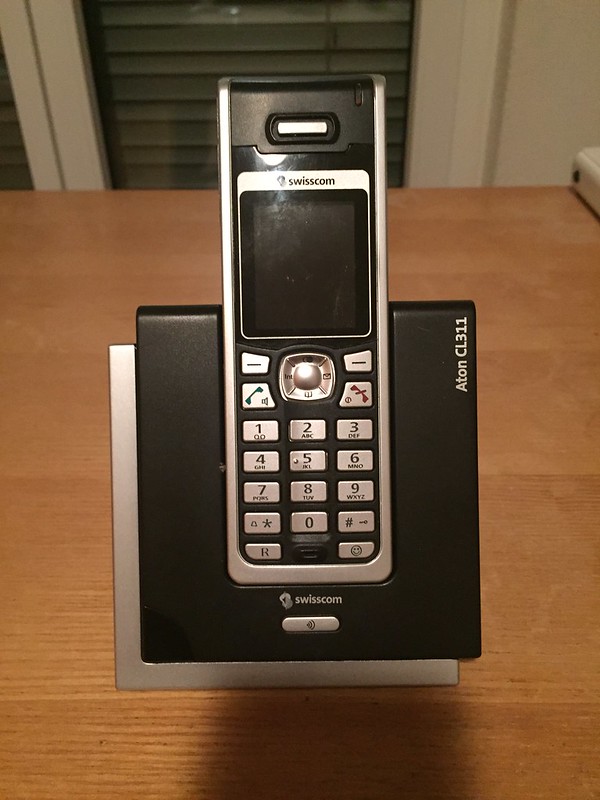