Tell us about a guilty pleasure that you hate to love.

Hold on, something is wrong here. Yesterday I was supposed to confess to my worst quality, although it was a unanimous decision, I, me and myself, that I had none. Today I have a guilty pleasure that I hate to love. Well I am not sure about the others, but I have none, so will it be a blank page today? Of course not, you can always find something. I have many guilty pleasures, but I don’t feel guilty about them and if I enjoy them, why should I hate them. This sees to be leading nowhere. 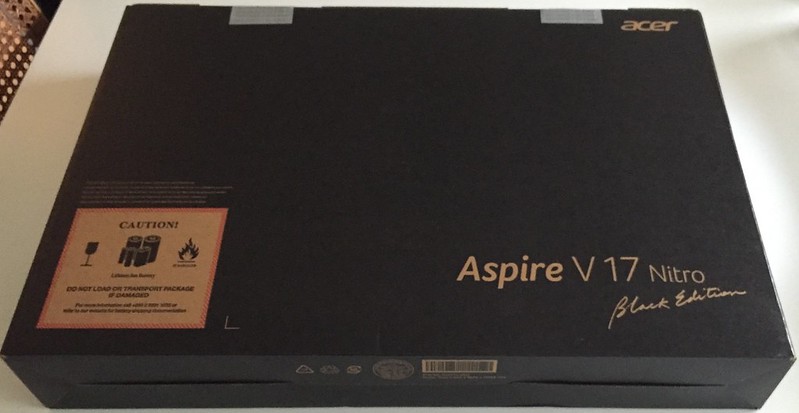 I have a new computer and this is the box that it arrived in. I do not feel guilty about having a new computer, after all what other pleasures can a golden oldie have in life, if not a new computer. Basically I do not need a new computer. I got my faithful Apple computer early this year and am happy with it. I learnt how it works, how to do it in Apple Mac talk, so why a new computer. At the moment this new arrival is being shown the ways of Mrs. Angloswiss by my computer specialist friend and it will be in service next week.

In the meanwhile the Bill Gates company decided to do something completely different.They introduced Windows 10. It was a ruthless decision as Windows 9 never left the drawing board, if it ever arrived there. I was even invited to upload this new Windows 10 on my existing windows computer, which was still enjoying a Windows 7 life. I decided the jump to windows 10 on this computer would be too much for its internal system, especially as my old Windows Acer was feeling the pains of old age.  Letters were mysteriously refusing to exist. I had also placed a reservation to upload Windows 10 on my old acer and that did the trick. The letters all appeared again and were miraculously doing their job. How could I now update my faithful old Acer after so many years of service.

Then one day fate played a hand in the game. I dropped my faithful Acer on the floor. Nothing really broke, but there was a loose connection to the main lead. Even then it worked after a twiddle, so Windows 7 computer remained. Mr. Swiss already had uploaded Windows 10 on two computers and was more or less satisfied, although he found that the system on his older computer was slower.  However, in a moment of weakness I ordered a new Acer computer with Windows 10.

In the meanwhile my Apple was still doing its job perfectly. It was then that WordPress decided to do a redesign. on its Editor. This editor was new, different, dynamic and if you posted your blogs on your iPhone, iPad, or perhaps television, the new development was perfect. Unfortunately it seems that it is a large minority of people that have time to fiddle with their thumbs and fingers typing in pages of blogs on these instruments, after all they are designed for a quick look and perhaps even as a telephone. This led to many complaints on the support forum, now amounting to 25 pages which is a lot. I also complained at the beginning. This new slimline editor was not my thing and so I plodded on obstinately with the old editor. One day I realised that WordPress was ignoring our negative comments. I also noticed I really had no problems. I could upload my photos with html, could write my words of wisdom, everything worked for me. OK, I know I am not everyone, but this is my guilty pleasure and since approximately a month I only use the new editor so “how I learned to love the WordPress cyber war”. I know it is not everyone’s plate of soup, but it is mine. After many golden oldie years of cyber warfare armed with my keyboard and various mouse developments, I have realised that I have to adapt, because you never know what is coming next.

I remember Facebook when it was in its children’s shoes. There have been “x” various designs on the template since it begun and each time there was a revolution, but we were shot down by the powers that be. I often wonder if Mark Zuckerberg knows what Facebook looks like now, but he is too busy posting selfies of himself changing the diapers of his Facebook daughter.

So the confessional is now done, although I have nothing to confess to. The life of a cyber golden oldie is full of surprises and it is part of the fun to adapt. It keeps the brain cells active.