Tell us about a guilty pleasure that you hate to love. 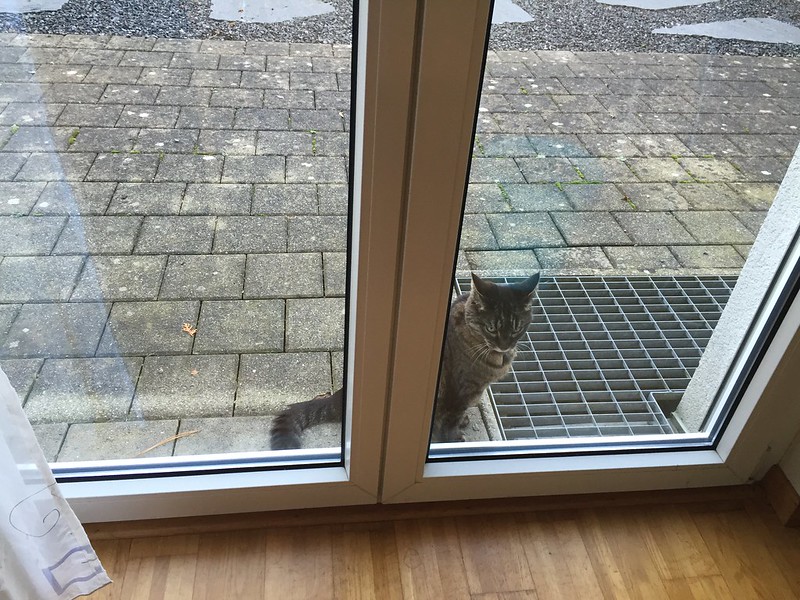 I really do not have guilty pleasures and love and hate do not exist in meow. There is no reason for these words to exist, we felines are easy going creatures. We just ignore and even remove anything that does not suit us.

Just yesterday I was involved in a discussion with our newly formed CCC (Creative Cat Club) in Pawbook. We had decided that you could either make a remark with a “purr” or a “hiss” according whether you like it or not. Here was the first problem. Roschti reminded us that we don't like anything and Tiddles agreed, so we decided to abolish “purr”. On the other paw, we were only left with “hiss” which did not express our real feline feelings.

It was then that Butch made a remark that there would be no point in forming a group on Pawbook if we could not pass comments. It was then that Crumpet said he would leave the group and disown everyone on Pawbook. We told Crumpet that was his decision, but he would also lose the opportunity to become a meowstrator in the group, although there was a suggestion that I would take over the job.

A hectic meow-hiss discussion followed when Crumpet decided to stay after all, but only on the condition that “purr” would again be accepted as a comment. It was then that I had to go to the lengths of writing in capital letters, to draw attention to all that I was the boss and when I agreed, it could happen. I then got four purrs on this comment, with just one hiss, but it seems that Butch has not yet found the “p” on the paw board of his pawpad, so is forced to submit a hiss.

I have now been given the task of issuing our feline rules to govern our CCC. We decided unanimously that all felines are to be accepted, regardless of their breed, although the Main Coons said they wanted their own group. They had problems with size and distance, their territories amounting to terms of mileage and having their own extra large pawpads. This was agreed, although there were some negative remarks from the Sphinx cats who put in a veto when discussions arose about fur lengths and grooming.

I am now busy writing a summary of the first meeting. Our next topic will be recycling tray or the great outdoors.
Posted by Pat Gerber-Relf at 17:16