I have a funny feeling about this Halloween Thing 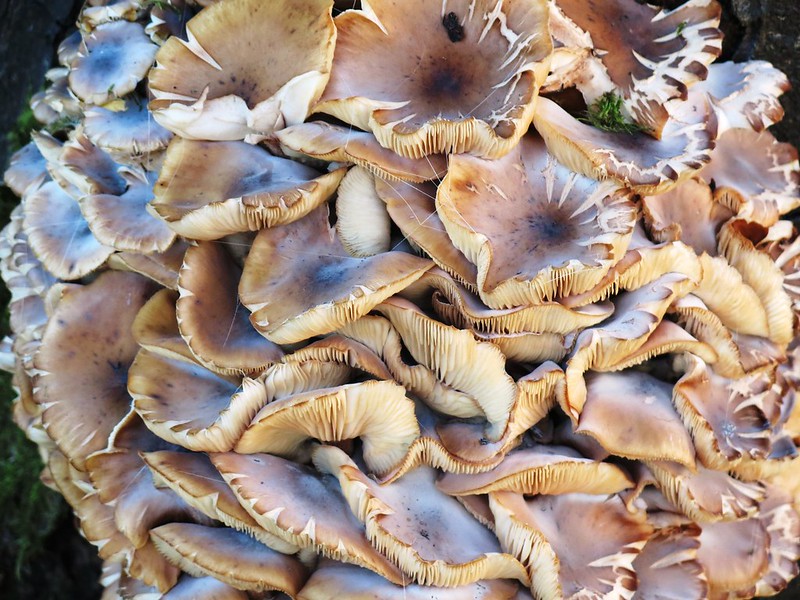 It’s not that I am superstitious, not really and I live in a country that has no halloween, so we do not trick, treat or dress up in funny clothes and pretend to be a vampire, ghoul or ghost. We carry our skeletons hidden underneath the skin. Of course, if you take a walk across the cemetery at midnight you might be surprised with what you see, but then I do not walk across the cemetery at midnight, only on an afternoon walk.

So talking of afternoon walks, it all happened per chance. Mr. Swiss had an appointment with our garage. It is Autumn and our car had to have his new feet, sorry tyres, to cope with the ice and snow that might/will appear on our roads. So Mr. Swiss disappeared with the car telling me he would walk back from the garage. The car will be ready to pick up tomorrow morning. He left me writing my daily prompt blog and afterwards I had to write the daily feline blog that Tabby was dictating. I decided that a walk from the garage would take about 10 minutes and after more than an hour I found that either Mr. Swiss had been kidnapped, had an accident or had met someone. Knowing that he was not worth the ransom money and accidents always happen by fate I decided he had met someone and gone for a walk. My legs needed exercise after my writing marathon and I wanted some fresh air, so I put on my walking shoes, wrapped myself up and embarked on a walk. And now to the mysteries. First of all I met these magic mushrooms growing out of a tree trunk. I took their photo. I was sure that they were following me with their heads as I moved further along. 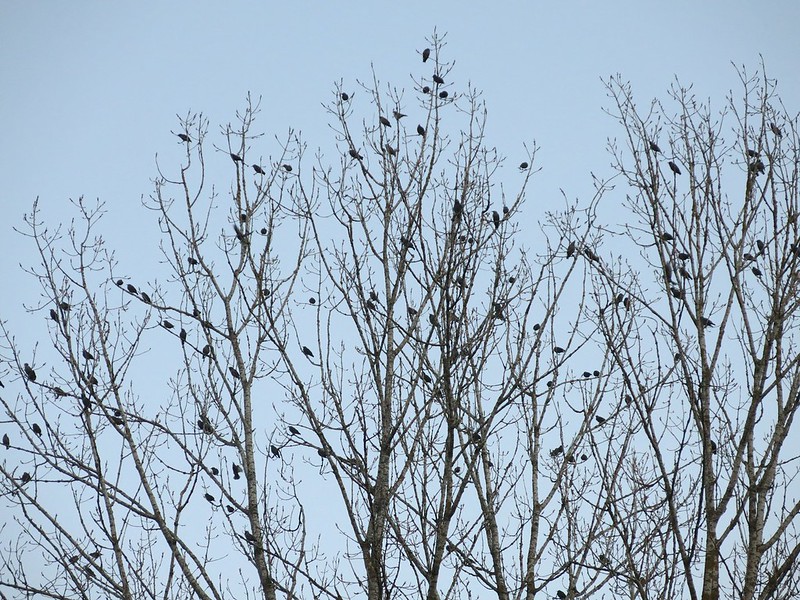 And then I heard the birds, they were crows flying in formation over the trees. As I was approaching a tree on the bank of the river they landed and turned to watch me. I was convinced they were watching every move I made. A figure passed my way: an elderly short man, rather plump with receding hair, yes he was almost bald. He nodded as he passed by and I am sure I heard him say “Beware of the birds”. Yes he was a lookalike Alfred Hitchcock. I moved on and decided it was all a figment of my imagination. In Autumn there are mushrooms and the birds often settle on the same tree. It was then that I saw the lambs, or were they sheep? They were too far away, on the hill, to tell exactly what they were. I decided that a photo would be better at a closer angle and so on my return walk I would take the stairs to the top of the hill and make my photos.

I noticed that the sky was darkening due to the fact that I could sleep one hour more yesterday. I think I blogged about that, as I blog about everything. It was now almost twilight and the sky had a red glow in the distance. 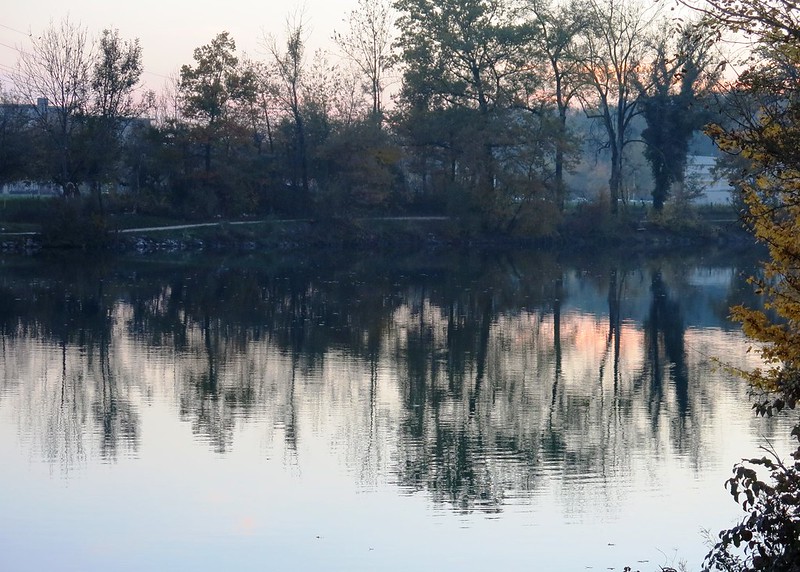 I then began the ascent to the top of the hill and now the lambs or sheep were silent. They were still there and waiting. I was glad as it was a very good opportunity to take a photo or two or three. I had many steps to take in the ascent but being a fit golden oldie, it was only by the first step that I felt a painful twinge in my hip joint. Afterwards my hip decided to behave and I reached the top and there they were. I had an uneasy feeling as I took their photo. Their eyes seem to be following my every move. They did not smile for the camera, they were as silent as - well lambs, but they were sheep and silent sheep are not a good omen. 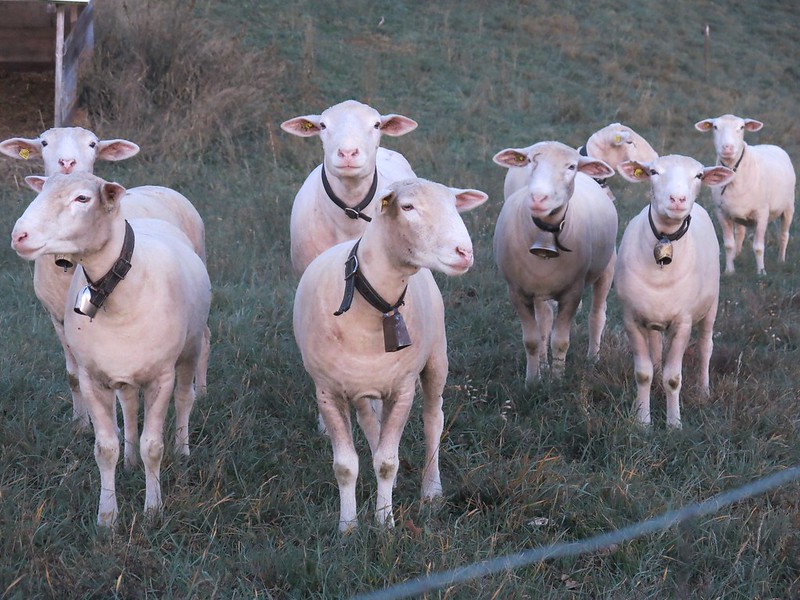 I decided not to outstay my welcome and moved on. I was not running as sheep are know to copy and they also might have started to run. I noticed they were still silent and I  could feel their eyes following every move I made. Eventually I reached the path to home. Mr. Swiss was glad to see me. He reminded me that when he arrived home I was not there, no note, no signal that I had gone somewhere. I told him I had my iPhone with me and he found I could have called him. He reminded me that when he lets me out on my own all sorts of things could happen. I could fall and have an accident. It was now dark and evening was approaching. I decided not to tell him about the birds, the magic mushrooms or the silence of the sheep. It would have caused more worry. Oh and Mr. Swiss met someone on his way back from the garage. He had taken a walk through the cemetery on his way home. There is something about this halloween thing I am sure.
Posted by Pat Gerber-Relf at 20:18