Try your hand at parody or satire — take an article, film, blog post, or song you find misguided, and use humor to show us how. 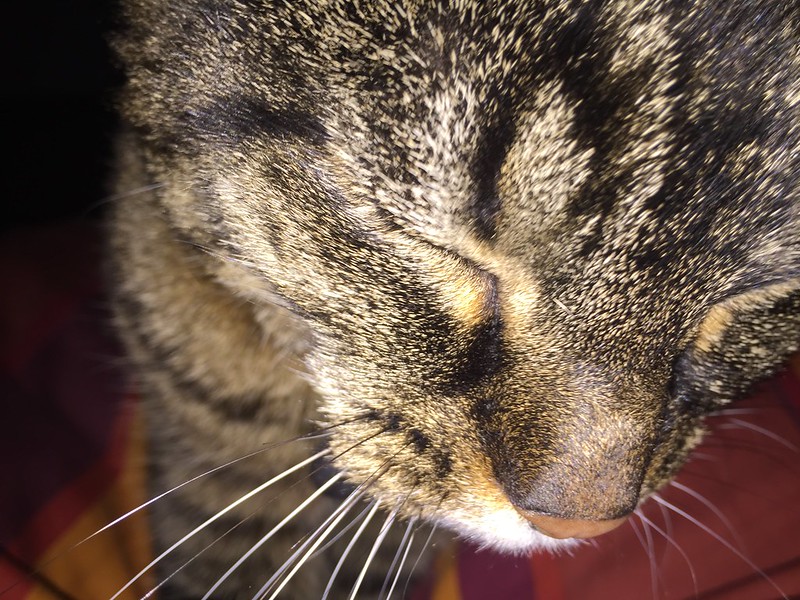 “But Tabby all your fans and followers will be disappointed.”

“If I don’t know what a snark bomb is then Butch, Roschti, Tiddles and Montgomery won’t know either.”

“He is a new Pawbook friend. He always gives a paws up when I write something.”

“You could have smiled for the daily photo Tabby.”

“I did not feel like smiling when I saw this old prompt. Admittedly I did not do it the first time round, they were the days before I had my pawpad, but I am now glad I did not have my pawpad when it first appeared. I don’t even know what a snark is. Is it something like a Jabberwock?”

“Sort of, because it is not so serious.”

“But Jabberwocks are serious creatures. They often bury things in our garden.”

“Are you sure Tabby, I have never seen a Jabberwock in the garden.”

“Jabberwocks cannot be seen by humans, but sometimes heard, like those things that go bump in the night. Humans have all sorts of reasons, but never really know why.”

“i thought things that go bump in the night was you when you make your third or fourth attempt to go through the cat flap or return home.”

“Mrs. Human I succeed each time with my cat flap entrances and exits and by the way it says something about humour in this prompt.”

“Humour does not exist in meow. Perhaps you could explain?”

“It is when something is funny ha ha and not funny strange.”

“Aah. You know what I will sleep it over. This is not a prompt, but an ordeal.”