Write about evil: how you understand it (or don’t), what you think it means, or a way it’s manifested, either in the world at large or in your life. 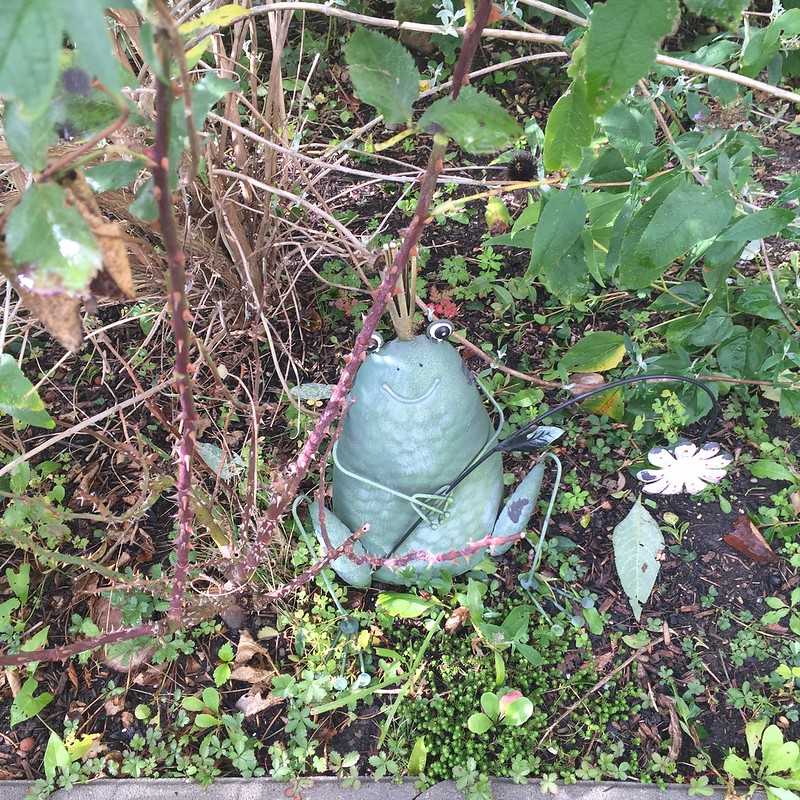 “Where did you get that green frog Drac?”

“He just hopped across my path on my way home from the blood bank Morticia.”

“I think he wants to say something.”

“Dracky, where does he come from? He is licking out your plastic bag from the blood bank.”

“If you must know I happened to meet an old friend, a very old friend, one of the oldest friends.”

“Drac, all your friends are old, most of them are undead like us.”

“True. Anyhow it was Mephi and he said that Croaky would be a good pet to have. He does not really need feeding, he feeds himself, especially if we happen to have a frog pond in the garden.”

“He is not exactly cute, looks a little overgrown and his hands remind me of the fork that Mephi usually carries with him. Where are you going to put him?”

“Nowhere really, I though he could find his own place. Look he has hopped out into the garden and now taken a jump into the pond.”

“But he has just swallowed a frog, and another, and another. I don’t think this was a good idea.”

He is back again and is now having a fight with Tiddles, our pet bat. Down Croaky, bats are not to be eaten. Tiddles is your new friend Croaky. be kind to him. No Tiddles where are you taking him? Dracky I think he has dropped Croaky into the garbage coffin as he was flying past.*

“But look, it is ideal. Croaky is eating his way through the garbage. Mephi said he would be good for disposal of unwanted matter and our coffin only has the remainders of our meals. Our garbage men have stopped coming, since we put the zombie in the bin. They found that our house was something evil and the garbage smelt.”

“But if he eats all the garbage, there will be nothing left. That is a really evil frog that you have brought home.”

“He is not evil, just misunderstood. Look how sweet he is with his pleading eyes Morticia.”

“Pleading for more to eat.”

“What are you worrying about Morticia. He only eats garbage and we are not garbage.”

“That is a matter of how you look at it. There are some in the non-undead world that have another opinion. I don’t like him, get rid of him.”

“You female vampires are never happy. I really thought Croaky would be company on a day in the coffin.”

“Croaky is not sleeping in my coffin. Take him back to where he came from.”

“You know that Mephi does not accept returned goods, he likes them fresh and new, but I have an idea. Tiddles take a flight to the cemetery and drop Croaky there. I am sure he will find a few bones to nibble on. So happy now Morticia?”

“Yes and don't bring anything else home. I remember the gargoyle when you said he was house trained.”

“Yes, a lovely creature. What was the problem?”

“He was not house trained and I was cleaning up his recycled matter everywhere. I do to like Gargoyles spraying their recycled WordPress prompts  in the bedroom.”