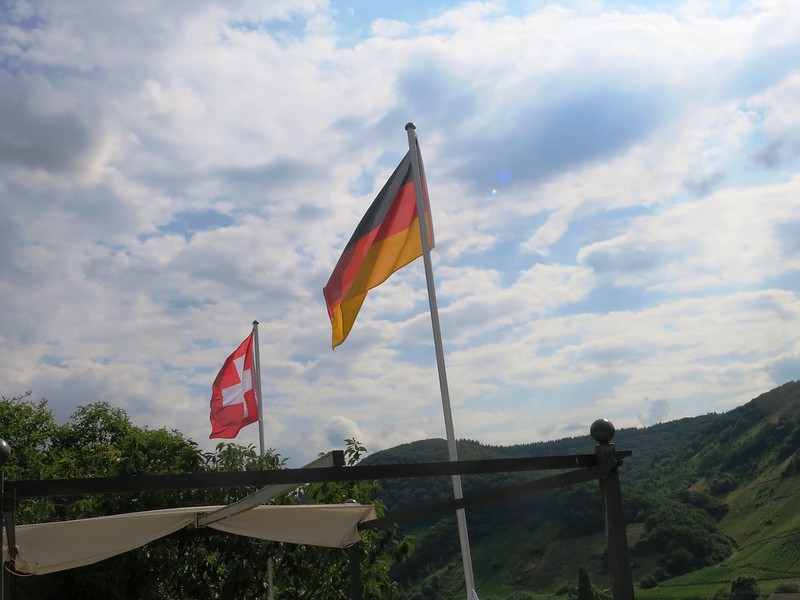 On the evening before my son’s wedding family and friends gathered around the home of the bride outside for an aperitif. As their home is also a guesthouse and a Swiss son-in-law would be arriving in the family they had now added a Swiss flag to the usual German flag outside the hof.

My son organised this car to take the bride and himself to the church on their wedding day. As we drove along the road in the village some of the villagers were outside their houses waving. My daughter-in-law had a white chiffon scarf to cover her elaborate hairstyle. Not exactly the same, but it reminded me of Grace Kelly in the film “To Catch a Thief” with Cary Grant when she was driving along the roads of the French Riviera , although she did not have a scarf on her head but around her neck. My daughter-in-law’s scarf  was waving in the breeze caused by the movement of the car and looked very impressive.

The car was driving slowly over the road along the River Mosel and we were behind. It was a very memorable occasion. The weather was wonderful and it was all so romantic and perfect. The road was not a busy road, but those travelling towards us also paid their motorised attention. Eventually we arrived at the church. the Klosterkirche in Springiersbach. 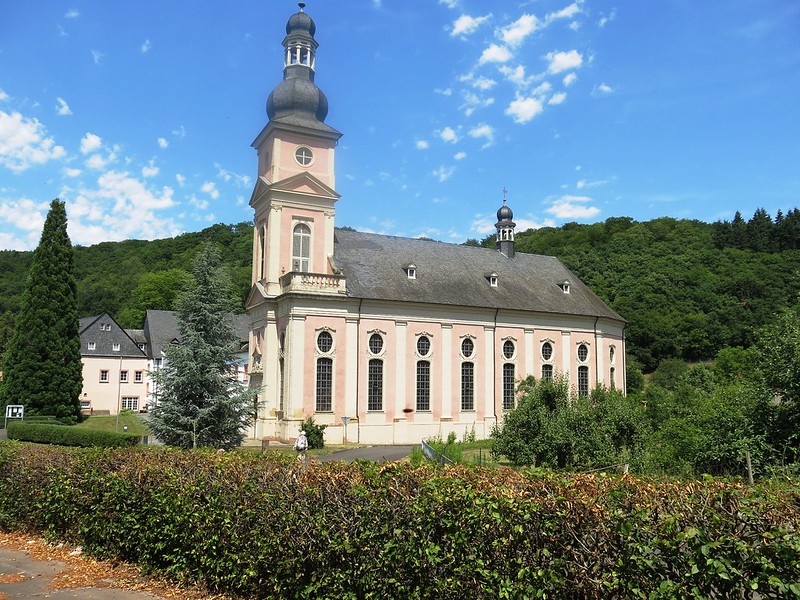 The thing with it being a Klosterkirche it meant there was a monastery attached to it with monks and the wedding ceremony was presided by one of the monks. I am not very good at this sort of thing, but as we entered the church and took our places the monk was already there although not yet with his marrying robes, so what did I do. I, of course, took a photo of him. It seems to be an action photo. Perhaps he was practicing his hand movements. 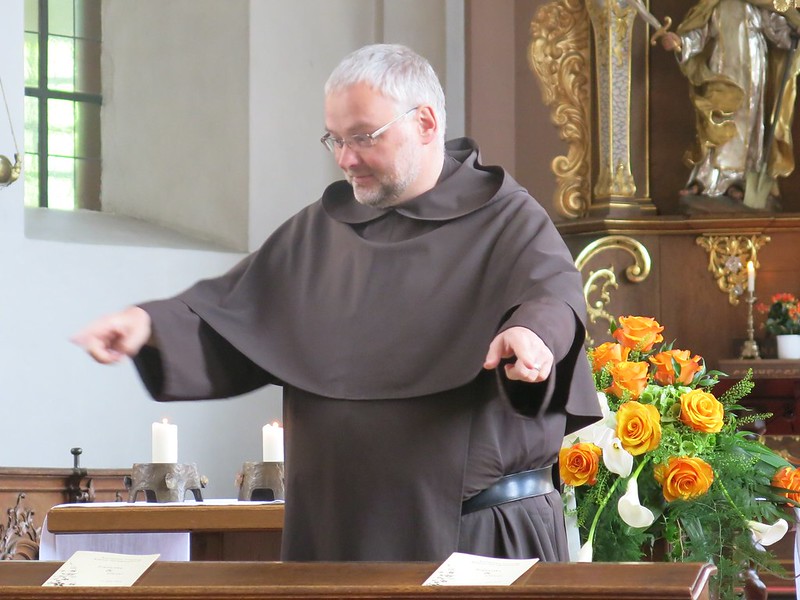 The church was not only impressive from the outside, but also inside. Luckily I was sitting at the front in the second pew, so manage a photo of the altar. 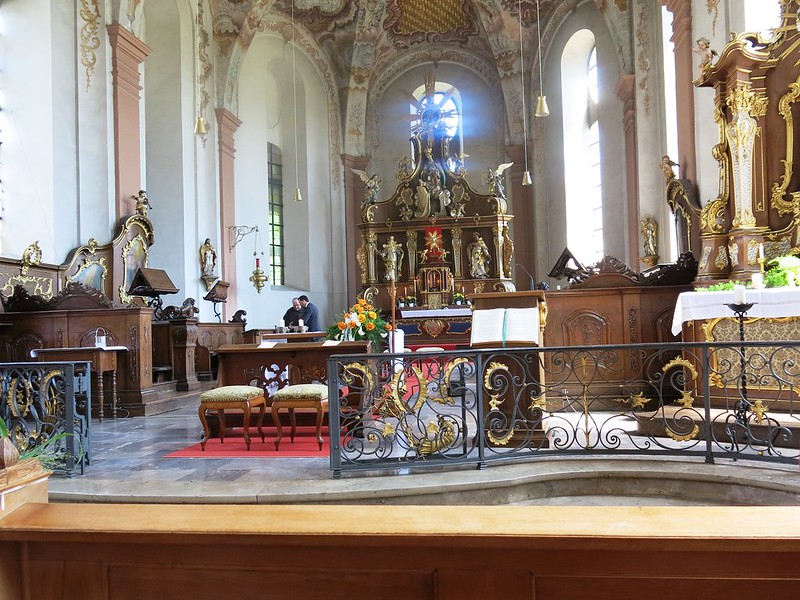