It is really amazing what you can pack into five days in Germany, although two days were occupied with travel.

My son and I were in a town (actually two combined towns) Traben-Trarbach and it happened to be that they had their local amusement park event known as Kirmes in German. I even believe there is an American word Kermis which is very similar. This was German amusement pure. An enormous area on the banks of the river dedicated to carousels, funfair booths and even a stage for productions. When we arrived a full brass band was playing. 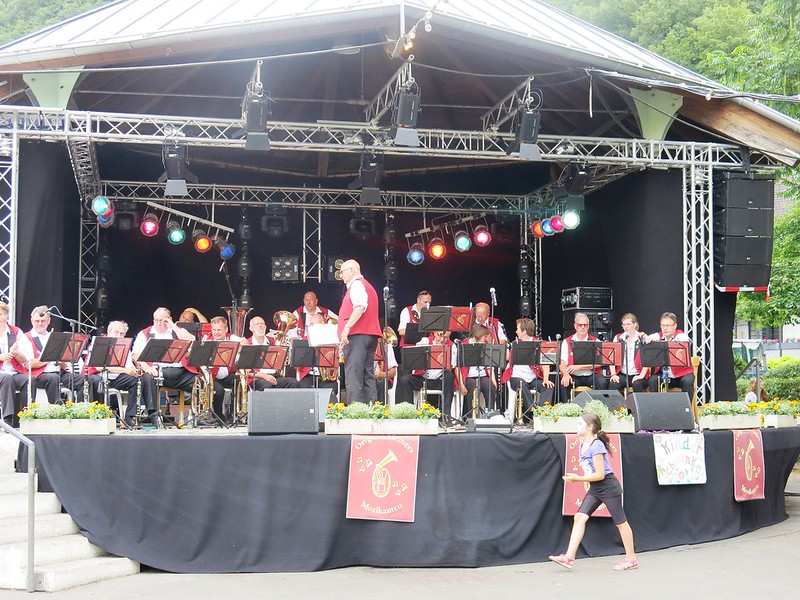 Now please bear with me while I explain something. We receive a German series on the Swiss TV called “Crime Scene” featuring various areas of Germany with their local police heroes. It is naturally all fiction. Usually there is a dead victim and the police officer finds the culprit eventually. We watch quite a lot of German TV in Switzerland because they have more money to spend on their productions. Swiss crime programmes are few and far between and their detectives are not so exciting. So OK, this Crime Scene programme appears usually once a week and at some time in the events the police officers take a pause on their crime scene and there is always a street food bar where they can pause with a sausage and a drink. Generally they eat a Curry Wurst mit pommes (pronounce Curry Verst mit pomm-es) which is a sausage with curry and french fries. This always fascinated me, and I so wanted to eat one of these snacks to be with the crowd.

“Shall we have something to eat, I am hungry. There is a Sausage Stand (Wurst-Bude).”

I replied “Do you think I could have a Curry Wurst mit pommes?”

Answer from No. 2 son “No problem, they only have Wurst (sausage).”

And then I saw the sign showing the price (3 Euro) and the name Curry Wurst. Here is the Wurst-Bude: 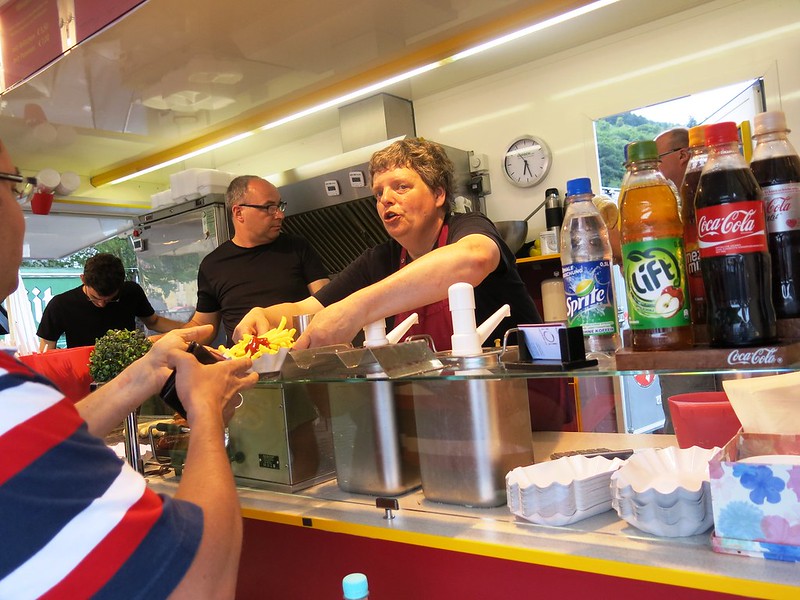 and the lady that served us, who is now being made famous all over the WordPress world.

I was delighted, I now really felt like a genuine member of the German public at the local kirmes. To commemorate the occasion I, of course, took a photo of my Curry Wurst. 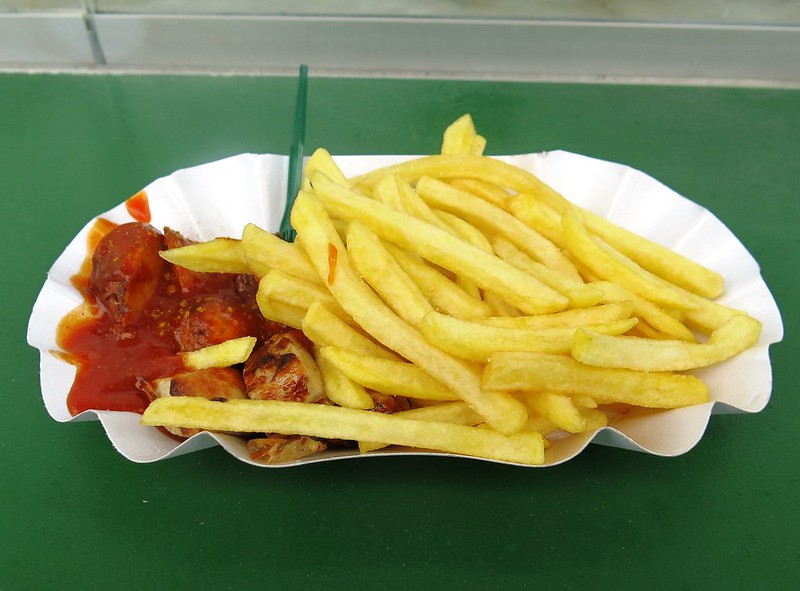 Note the colourful combination of the various items. There is a saying “you eat with your eyes” and I was delighted. At last I was one of the police team absorbing the local colour. The pommes are on the right, very well fried and on the left the Wurst is embedded in a sauce composed mainly of tomato ketchup with a strong sprinkling of curry powder. I was in my element. My son was not so daring and so he ate a normal Bratwurst without the curry, but with pommes. To commemorate the occasion I instructed No. 2 son to take a photo of his mother enjoying the sausage, note the River Mosel in the background and the stand selling tickets for a trip on the river by boat. 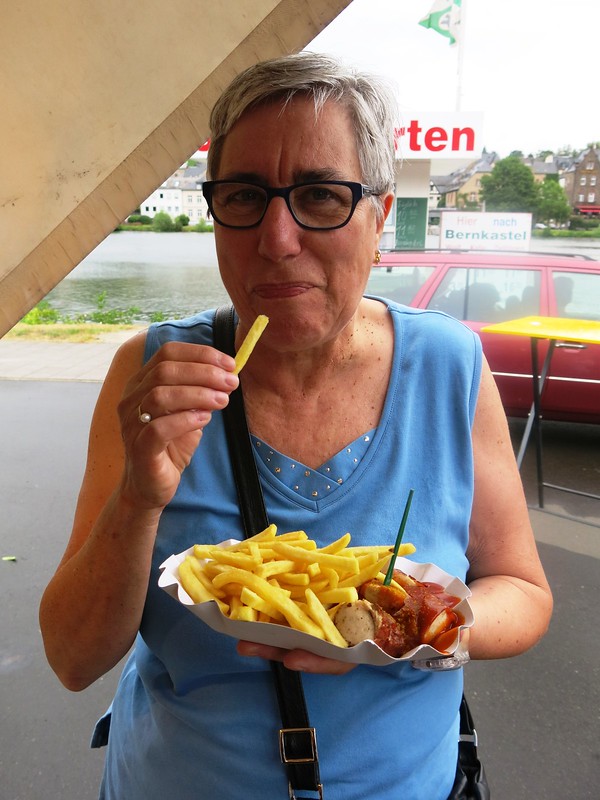 I was no longer a tourist, or a visitor, but a qualified expert on German food. Apart from the wedding, I am sure this was one of the highlights of my journey. I could, of course, now make my own Curry Wurst at home, knowing the composition and details, but it would not be the same. You have to eat it from a sausage stand to get the right atmosphere.
Posted by Pat Gerber-Relf at 15:57