Write a letter to your mom. Tell her something you’ve always wanted to say, but haven’t been able to. 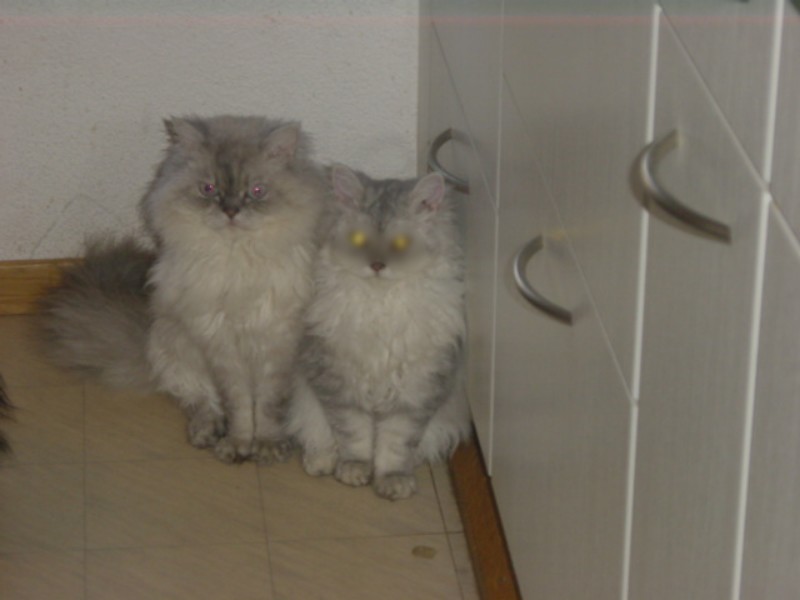 “Fuffy what are you writing on your pawpad? Looks like a letter.”

“Yes Tabby, today’s feline prompt tells us to write a letter to our mum.”

“Well that is a silly idea if I ever heard one. I am sure our mums have had so many kittens since we arrived they don’t even remember who we were.”

“But I am a Selkirk Rex and that is something special, we are registered, at least I think so.”

“Forget it Fluffy, you arrived and were sold to the highest bidder. It’s a business. We tabby felines might not be anything special, but we don’t arrive on the feline slave market.”

“Tabby, I am sure my mum loved me all the same. That’s my mum Lucy on the right of the photo and my dad Coolman on the left.”

“Ok, so you know who your dad was, even he was part of the Selkirk breeding plan.”

“Tabby, do you have any photos of your mum and dad.”

“Now that is a little difficult. I heard that my mum looked a little like my sister Nera, who is now in the eternal corn chambers, with long black fur.”

“That is a problem, Fluffy. He was a sort of mystery man. He just happened to be in the right place at the right time and my mum was never one for missing out on a good chance, so they had a little get together.”

“But she must have told you something about him, his looks, his meow and everything.”

“She would definitely have told me Fluffy if she remembered. I did as her but she told me not to ask silly questions, “all male cats look alike” she said and I should be a brave kitten and eat my food and not fight with other felines that are bigger than me.”

“What more do I need. So carry on with your letter to your mum.”

“Don’t think I will bother Tabby, she probably won’t remember me in any case and to be quite honest I don’t really remember her. All I have is a photo. I did hear that Coolman moved on to another place where his fatherhood gifts were needed.”

“You see Fluffy, we are just sex slaves really.”

“Don’t ask Fluffy, you are too young for such problems. Just carry on looking at the family picture of mum and dad.”
Posted by Pat Gerber-Relf at 17:14