Daily Feline Prompt: Third does not exist in Meow 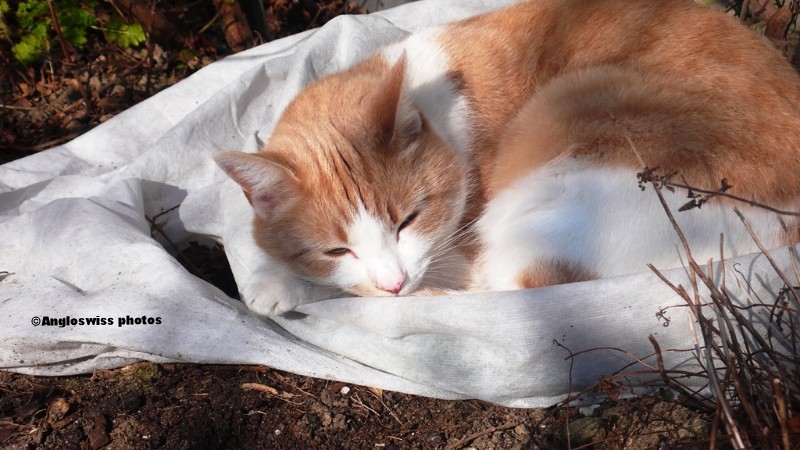 “We have a problem Fluffy.”

“No food left in the bowl?”

“No, food is not our only problem.”

“It’s my only problem. Tell Mrs. Human to fill it up.”

“There is food Fluffy, but the daily feline prompt is a problem.”

“Why? Is it your turn today or mine?”

“What else does it say?”

“We have to scroll down to the third post on the list and write about the third sentence.”

“But Tabby, we are only programmed for No. 1, second and third is unimportant.”

“I know, it must be a human thing. Let’s just do it our way, as usual. I noticed that the ginger tom from next door did not follow yesterday, but it was a completely human mistake.”

“Must have been Tabby, felines do not make mistakes, unless confused by a human. What happened?”

“It seems it was tuna fish day, although that is a mistake in itself. Felines are programmed to eat tuna fish daily, it is only the humans that have things like organisation. Anyhow Mr. Human was in charge as Mrs. Human was writing her human bloggy stuff. He decided to put the bowl of tuna outside in the garden.”

“He did what? But we always have our bowls of food inside.”

“I know, another human big idea. They think because the weather is warmer and the sun is shining we want to eat outside. We were not asked. Anyhow as usual we did not eat it all and left some for later, after our wash and sleep. In the meanwhile Roschti, the ginger tom, invaded our territory and saw the half full dish.”

“Oh no, I can imagine the rest. Did you fight bravely for our rights to finish the dish.”

“Sorry, I was sleeping, remember and so were you. I had my usual one eye half open in case something happened.”

“Do you really think I was going to risk my whiskers in a fight with a subordinate ginger tom for half a dish of tuna fish?”

“And that was why there was none left, just a dish of vitamin dried pellets?”

“That’s the way the tuna flakes, as we felines say.”

“Did Mr. Human at least defend our rightful possession.”

“Forget it. “Look Mrs. Human, Roschti is eating the remainder of the tuna fish, ha, ha, ha” he said. He actually thought it was funny.”

“Typical human. I think we should disown him for ignoring our rights.”

“If we do that we have to ignore his pathetic attempts to feed us further bowls of tuna fish. He would not be there to open the tin.”

“Mr. Human would probably tell her we are ungrateful felines and would join him. Sort of human assistance support organisation.”

“There is only one solution, we will go on strike and sleep all day.”

“Somehow I don’t think that will make an impression.”

“We could hire a killer to depose of Roschti.”

“Oh, great, but as far as I know, Roschti is the only killer we can hire in our area.”

“Let’s just sleep it over. What was that prompt, the third post and the third sentence. Let me see.”

Click here for more
Posted by Pat Gerber-Relf at 17:47