Another walk in the country 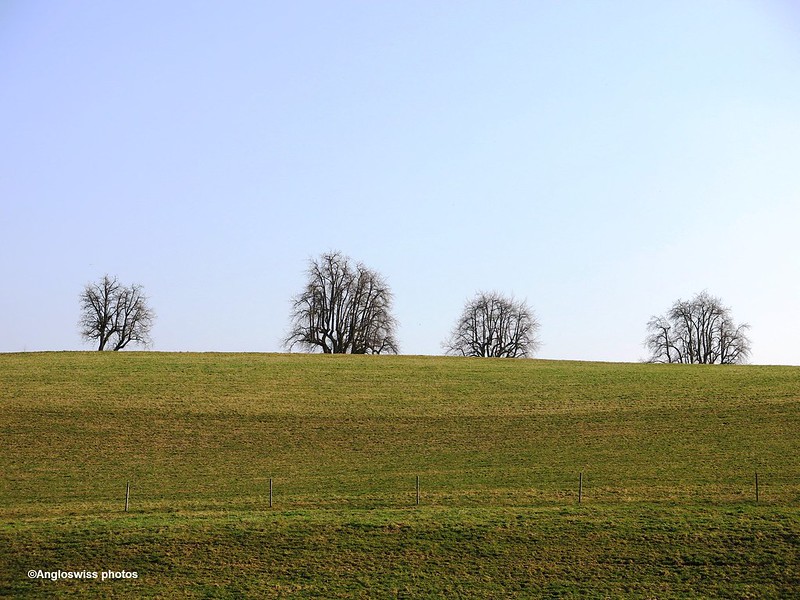 This was an idea from Mr. Swiss. After a walk in a different direction behind the local castle he said “Look, how interesting it is the way those trees are growing on the top of the hill”. Yes Mr. Swiss really does have an artistic streak. I needed no further prompt and had my camera poised for a prize winning shot and here they are. As they were still leafless, their outlines were a good contrast on the horizon. Had they been full of leaves, they probably would have gone unnoticed.

We were now in the barren plains surrounding the castle, but it was the castle’s turn yesterday. Now down to the facts of walking. My first victim for a camera shot was the farmer who decided at the right moment to take his tractor for a walk across the field. 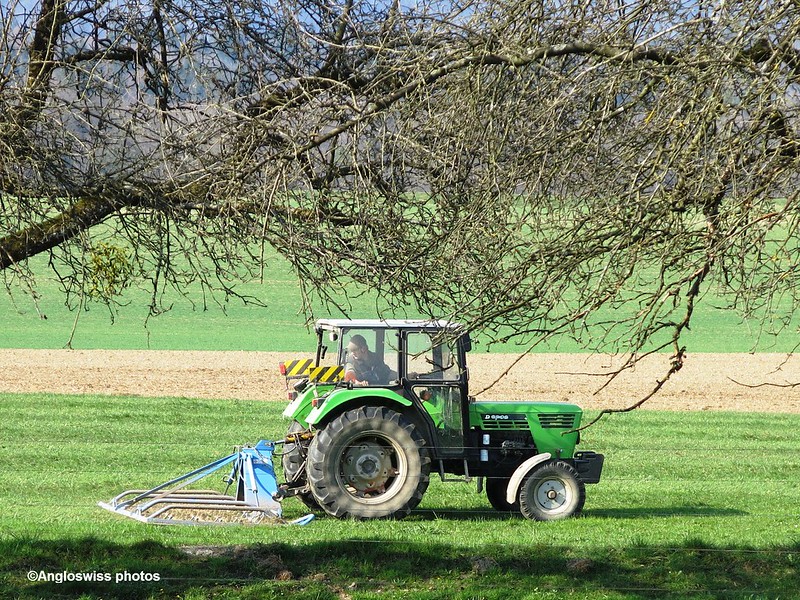 “Where are you?” was the desperate call of a Mr. Swiss that was almost at the top of the hill.

“Taking a photo” was my answer and so he walked on and I did my best to catch up. Oh, the problems of an amateur photographer. In the meanwhile he disappeared around the corner, but I continued. I had almost reached the castle and saw a barren field, waiting to receive the new plants. The crows were already examining the structure and searching for rewards, but they flew away when I arrived. 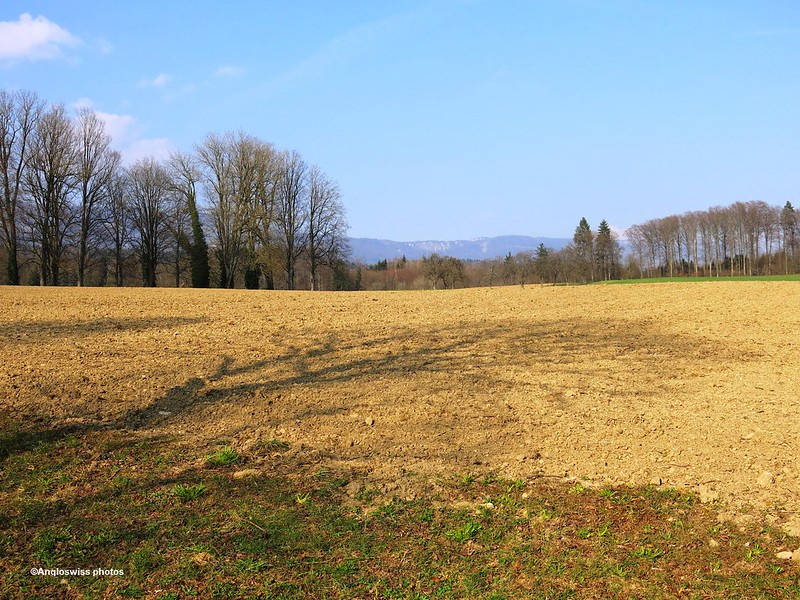 The mountain outline in the background is again the Jura mountains. I had still not found Mr. Swiss, although I was not really looking for him. I had other things to do with my camera. At the next bend in the path I saw him. Unfortunately he was in the wrong place at the wrong time, but I took my photo regardless. He is again the figure in the distance. 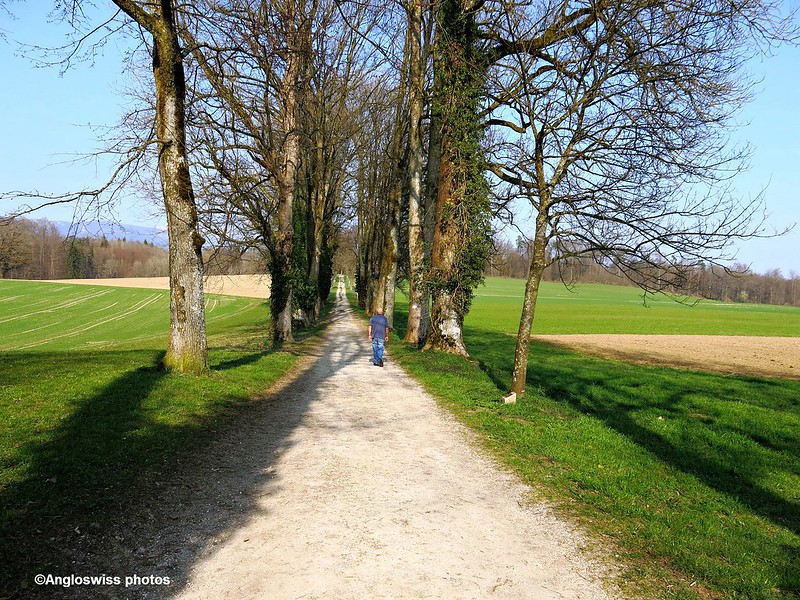 About half way we took a sharp bend to the left where a bench was awaiting us at the bottom. And so I could add another four kilometres to my daily walking distance. We were now on the long road home. We passed a few other happy wanderers on our way, mainly golden oldies like ourselves that had noting better to do than take a walk. There is a unwritten custom in Switzerland that you greet people you meet when on a walk in the wilds, whether you know them or not. You just give a nod and mutter “Gruetzi” or “Gruessech” as we say in our dialect, which is the Swiss greeting and walk on. Of course, there are rules to be obeyed. If the person you see is more golden oldie than you are, then they will not greet you, it is your duty to greet first, otherwise you will be judged as being ignorant and rude.

My mother-in-law was very serious about this law. “I saw Mrs. …. but I didn’t greet her, it was her business to greet me first, typical” etc. etc. Yes, you could be driven out of the village for such crimes. Me, I just say hello first to be sure, although I notice as the years go by, people tend to greet me first. Perhaps it is the colour of my hair, or is it the way I walk? No, I am now a grey eminence in the village and probably referred to as the “old Mrs. Angloswiss”.

Today the weather is not so promising for a walk. There is rain in the air and the sun has disappeared, so we have a day of rest. Time to plan tomorrow’s journey into the unknown.
Posted by Pat Gerber-Relf at 16:50

Labels: A Walk in the Country, fields, paths, trees