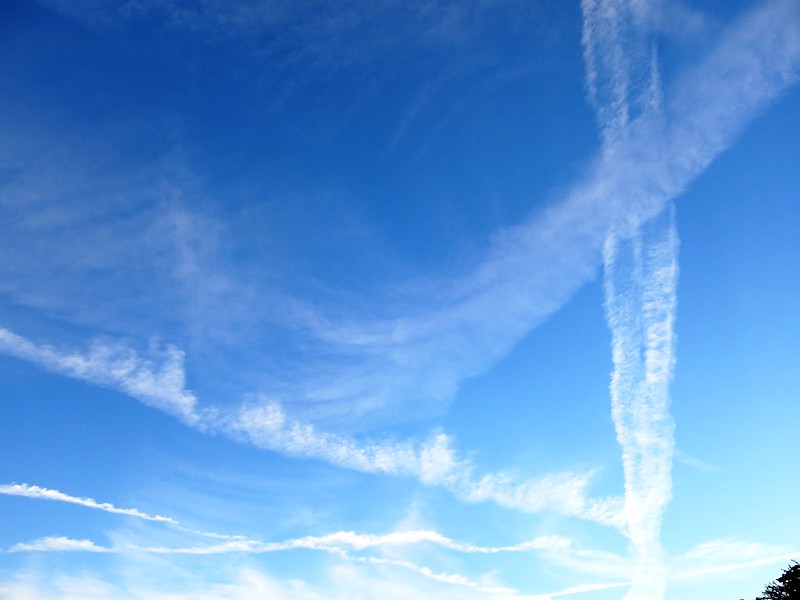 I knew there would be an appropriate title somewhere if you generate a topic. It generates what it wants to, but in this case, it says exactly as it is, a mysterious access.

You all know what a cloud is, one of those nice fluffy hovering masses of air in the sky. Ok, sometimes they might be grey, even black, and threatening, but never really complicated. it is clear what you are see, there is no mysterious access. It might even rain because of a cloud, and sometimes you get flashes of lightening and noise from thunder, but it is not really a mystery, it is something that has been happening since the world developed from a big bang or whatever. Now and again things get out of hand, there might be a flood, but don’t blame the clouds, they are only doing their job.

That was until the computer was invented and the powers that be discovered why load everything onto the bytes and circuits and overload your memory system. One day the computer says “hey I am full up, no more room at the inn” and either you have to upload it onto an extension, get rid of it or buy new computer. So the miracle men in Silicon Valley, or wherever they are, said “what a cloud can do, a computer can do as well, but much better”.

My e-mails are now in a cloud. My online photo programme invites me to put all my photos into a cloud, and I can even have a drop box where I can just drop it all into the box that somewhere hovers in a cloud. I had a box once for some photos that someone sent me. As soon as I realised that my drop box was getting full with droppings, the drop box told me for more money I could have more room. That was when I decided no more drop box for me. It was even demanding that my photos first go into the drop box before onto my computer.

I might be a bit funny, a bit stupid even, but I don’t like things floating in the clouds. I like them where I can assess them, where I can see their file names on my computer. When I purchased my Apple it wanted to save everything in a cloud but I soon discovered that I could save things myself on the computer and since the Apple cloud can get lost and rain on someone else’s parade.

To be quite honest I was a little overwhelmed with this cloud thing and in such cases you ask someone that understands it better than you do. Someone that does more cloudy stuff, like music iPod and sending music to other musicians by dropping it somewhere in a…… yes cloud. So this person, known as Mr. Swiss explained what a cloud was on the computer. A place where you can deposit stuff without burdening your computer with unnecessary stuff. It all hovers in some place in the cloudy stratosphere of data, known as a cloud.

I decided to consult the wisdom of Wikipedia and found the heading “computer cloud” where all is explained. After reading the first section I discovered I now know less than I did before, so I decided hands off clouds. If they cost something, then forget it and I am still alive. I have survived up to now without putting my destiny in a cloud, except for my e-mails where I have no choice. It also seems that things in a cloud might be more open to various computer spies discovering your secret desires and wishes. I imagine the computer organisations as some sort of throbbing osmotic parasite, absorbing all the facts and not letting them go again, just processing them and one day perhaps exploding when they have absorbed too much. Imagine private facts of your computer life splurged all over a cloud somewhere and we do not even know where. Yes, I have become anti cloud. Where did I put the spray with the DDT, that might help.

I am sure all the computer experts here now think the lady is talking a load of rubbish. Cloud is the best thing since sliced bread. I don’t care, I don’t like sliced bread.