Let's Tidy Up the Trees 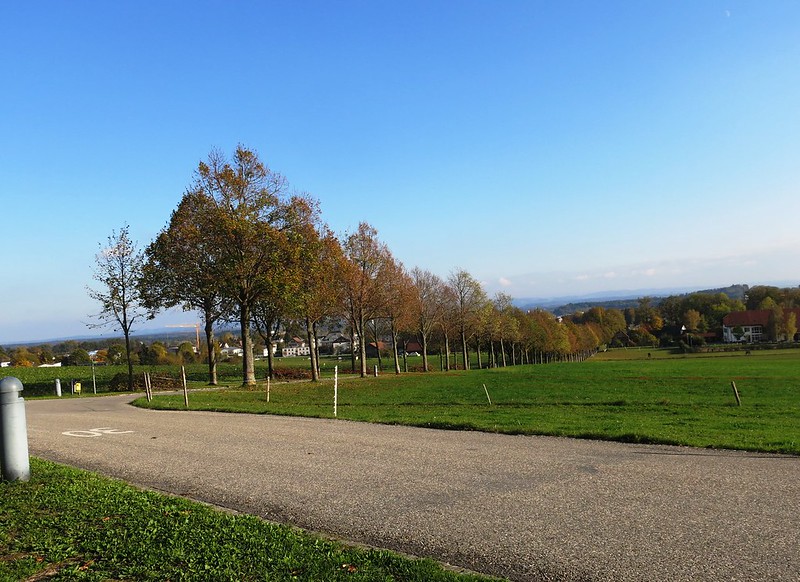 Yesterday Mr. Swiss went for a walk and began with the long Avenue to the local castle, which is bordered by trees on each side. It was then that I saw this. 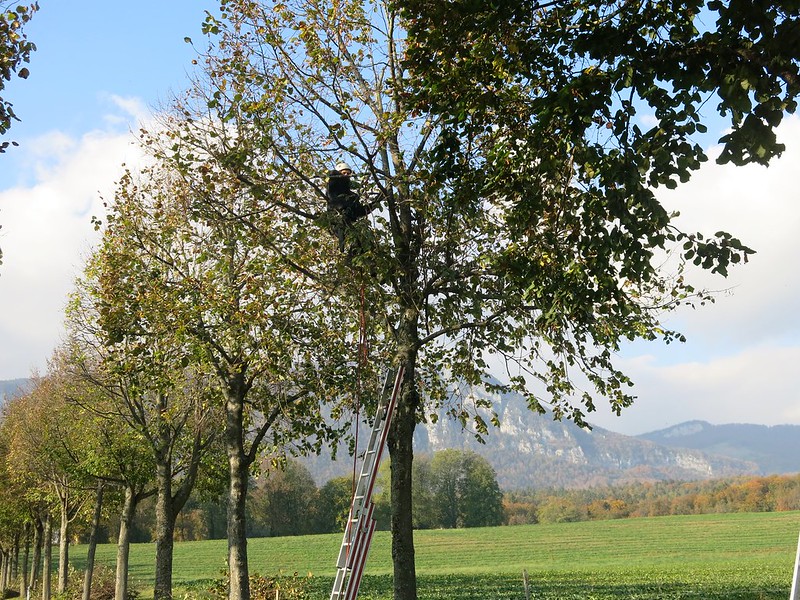 Can you see him? I mean the man in the tree. He had used a ladder to get where he wanted to go. If Frederico Fellini, the Italian film producer, was still alive I would have been convinced that a sequel was being made to the film “Amarcord” where one of the characters, somewhat unbalanced, had climbed a tree and was shouting at the top of his voice “Vogio una donna” meaning “I want a woman”. However as we were in the Swiss Kanton of Solothurn, I decided that the man was probably a Swiss lumberjack.

This man was cutting branches out of the tree and throwing them into neat piles between the trees, probably for a later collection. The Swiss are very well organised and do not just throw pieces of trees everywhere after all in German “Ordnung muss sein” - order must prevail. It could be that if these branches were all over the path, Mrs. Angloswiss might trip and fall, which is a very likely case. 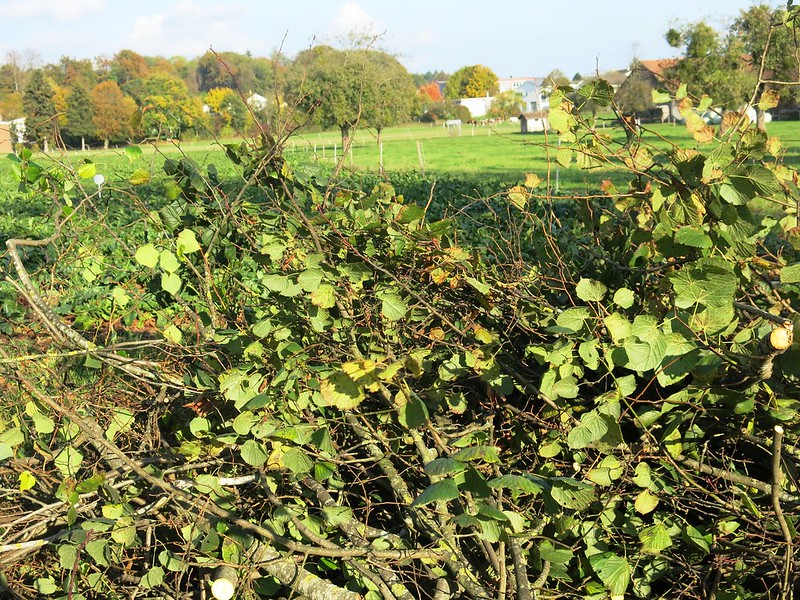 We noticed that every tree in the avenue had been trimmed, ready for Winter and the snow. As we progressed I decided to take another shot of the lumberjack but this time an action photo. I quite admired how he balanced himself between the branches, with his safety rope. 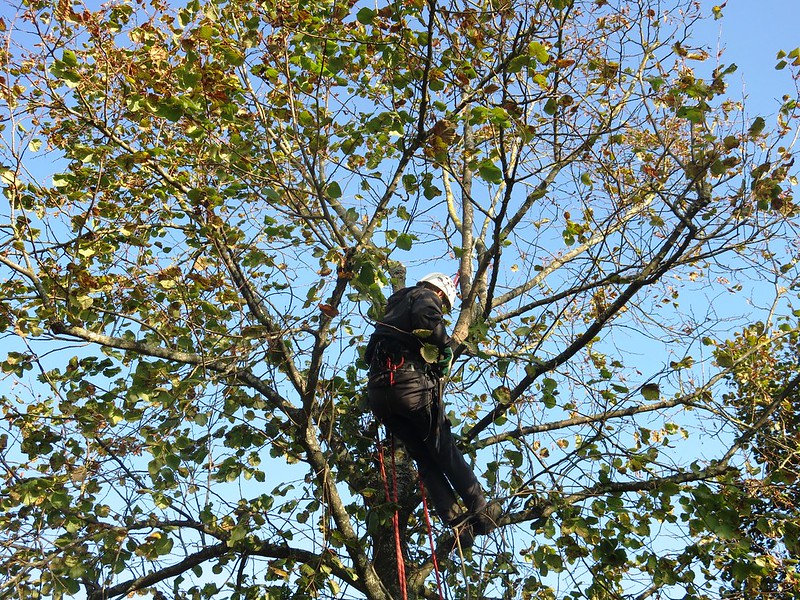