Tell us about something you (or a person close to you) have done recently (or not so recently) that has made you really, unabashedly proud.

“Quick Mrs. Human, I just caught a mega mouse, he was so big and ferocious I had to use all four paws and whiskers. He fought to the very end, but now I have him. I conquered this threat of the grey mouse. Look, he is no longer moving. Take my photo that everyone can see my heroic action.” 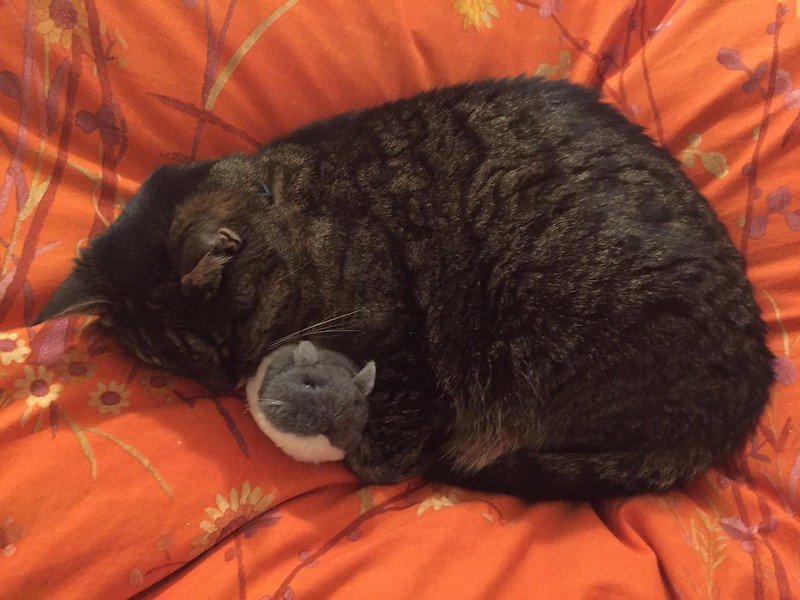 “Mrs. Human, that mouse has met a heroic end, trapped in my claws. A martyr amongst the mice.”

“Well, he really isn’t moving and he is quite cold.”

“We do not bicker about temperatures Mrs. Human. He is my conquest.”

“But on second looks, I do not believe he ever lived. I think it is one of those feline toys stuffed with catnip to give felines something to brag about.”

“Mrs. Human do you have to spoil everything. All my fans and followers were so proud to see this photo. In Pawbook Tiddles just made a like with lots of smilies and Butch sent me a heart.”

“That might be Tabby, but that mouse remains a stuffed example of a feline toy.”

“No, Tabby, he never moved, he was not born to move. And now let me put it away with the other kills you have made over the past months.”

“You mean with my pink bunny rabbit and grouse that I shot down in an online game.”

“Yes Tabby, there is a place for everything. Tabby let go of that mouse.”