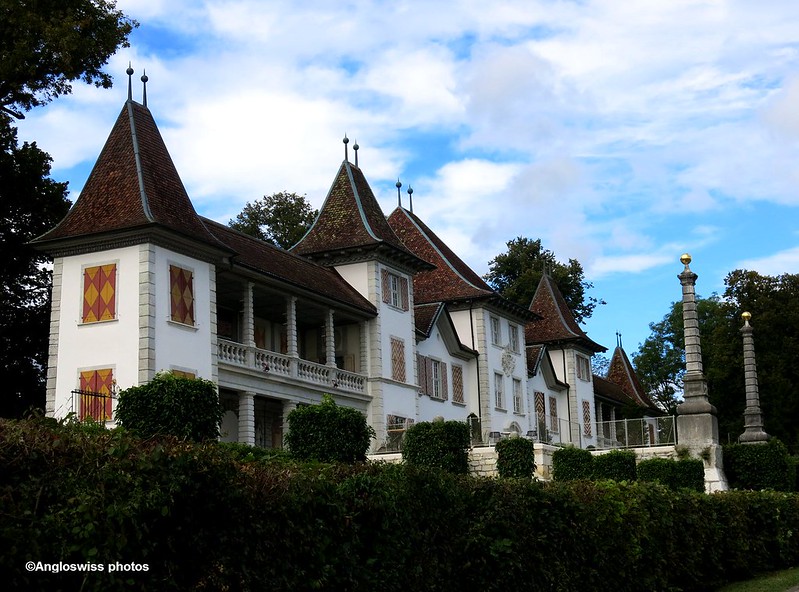 Sir Joseph was awake, he was always awake, but as a ghost you can be actively awake or dormant awake and now he was actively awake due to the noise coming from the banqueting hall.  Probably Lady Melville was playing skittles with Duke John’s bones again. She never did like Duke John, one of the reasons she pushed him off the roof after he decided to get a little too close. Unfortunately she forgot to let go. They said it was a lover’s suicide, another story to make the castle more interesting. The castle was no longer a comfortable place to live since they had decided to give it a make over and invite members of the public to have a look around. It was still draughty and Sir John had a stiff neck. For this reason he decided to take off his head and carry it under his arm, much more comfort.

“Cut, cut. No, no, no. Joe you are playing a ghost and not a limp weed. Renting the castle for the film cost enough, but I would like it to be a successful film.”

“But Mortimer, I am your best actor for the role.”

“Then be one. And put your plastic head under your arm. Don’t walk around with it in your hand. No-one is going to get a fright if you balance it on your fingers like that.”

Sir Joseph watched from the balcony of the banqueting hall. It seems that there were rival ghosts. No, that was not the case. It was all so false. Real living people pretending to be ghosts with painted faces and plastic heads. He had seen a lot in the last 300 years since he fell from the top stair and died, but this was so stupid, it was laughable, although his head no longer laughed. Someone was using his castle to make a film. It was then that he saw the character they called Joe mumbling and swearing about this person called Mortimer.

“I will show them, I am the best actor for the ghost, I am so realistic I get a fright when I look at myself in the mirror” thought Joe.

Sir Joseph followed this actor ghost and saw he was making his way to this toilet thing that had been developed over the years. In Sir Joseph’s day, the just stood on the ramparts and did his business.  It was then that the Joe person turned a corner and came face to face with Sir Joseph. Was he shocked? He had no time to be shocked. It is not every day you see a real ghost taking a walk with his head under his arm and Joe did what all real live people do, he fainted, hitting his head as he fell.

“Are you OK” asked Sir Joseph, bending towards Joe as he felt a little guilty, being the cause of Joe’s accident.

Joe opened his eyes, regaining consciousness for a few seconds, saw that a head was talking to him being held in the hands of a person, and fainted again.

“Oh dear” thought Sir Joseph “what have I done? This Joe person seems to be an important actor for the film.”

“Joe, where are you, we are waiting with the camera. Every second is costing cash, even if you are  an inexpensive actor, so come here and get acting” called Mortimer.

“OK Joe, get going. I must say make-up did a good job on your plastic head, it looks quite genuine. Now put your head on your shoulders and get moving. There is a party in the hall and you appear and frighten everyone. The wall for your appearance is over there. That’s the one made of plastic. The cameras will do the rest. You just have to walk through it, as if you were a ghost walking through walls.

Sir Joseph could not believe his ears. Walking through walls was his major occupation, he no longer had the ability to open doors. As a ghost, who needs doors? He heard a giggling from the balcony and looked up seeing Lady Melville with a collection of bones in her hands.

“Put down my bones” said Duke John next to her.

He was standing on one leg as Lady Melville seemed to have the missing bones in her hands. She threw them onto the floor and Sir John re-assembled them.

“Come on Sir Joseph, show those living people what you can do as a ghost. Make us proud of you” they called from the balcony and so Sir Joseph decided this was his big chance. He then took his head in his hands and tossed it into the air, catching it with his feet and kicked it around a little. All the film team began to clap and cheer.

“They seem to like this” he thought and screwed his head on his shoulders, but facing the wrong way. Now the film team were loving it, tears of laughter running down their cheeks.  The Mortimer person then said he should wrap his arms around the leading lady, Sabrina, and give her a shock as he was supposed to be the castle ghost. Of course Sir Joseph obliged. It was not difficult, he was the castle ghost, at least one of them. Unfortunately he could not grip anything, and so his arms passed through Sabrina’a body. Not having a body temperature, he was surrounded by a cloud of polar air. Sabrina froze and fainted. Motimer and the team were impressed.

“Well done Joe, at last some method acting, realism, yes this film will be a resounding success.”

It was then that Joe the actor had recovered from his shock and entered the banqueting hall. Sir Joseph decided to disappear to his haunting rooms. One ghost and a lookalike might be too much for a successful film. Joe was still feeling a little nervous, but Mortimer told him “no problem”. This will be the best ghost movie I have ever shot, I feel it in my bones.”

It was then Lady Melville and Duke John joined in the laughter, they loved jokes about bones. Heads turned to the balcony, but of course no-one saw them, they were ghosts and could be invisible when they wanted to. And Joe - well he could now ask for as much salary as he wanted, he became famous, no longer the cheap ghost, although he often wondered if he imagined a head talking to him.