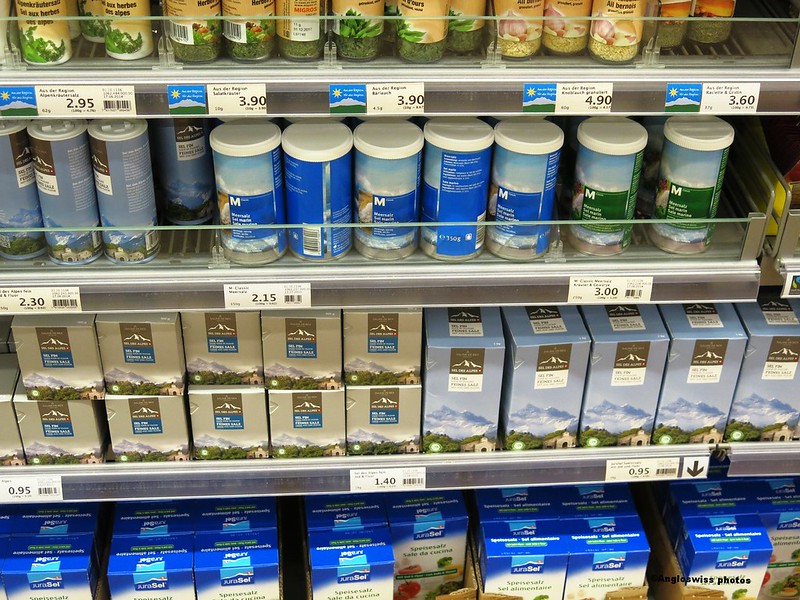 “Is this the new restaurant you were telling me about? Isn’t it rather expensive?”

“For you nothing is too expensive, after all it is the anniversary of when I met you.”

Felicity was excited. She and Algernon were celebrating at the best and newest restaurant in town “The Golden Salt Cellar”: all her friends would be jealous, she was sure. They entered the restaurant and immediately a waiter arrived, dressed in smart clothes wearing a full length white apron with the emblem of a golden salt cellar stitched on the pocket. There was a painting of a golden salt cellar hanging on the wall and the tables and chairs were in the same style.  Algernon could see that Felicity was impressed and so she should be. He had planned a marriage proposal after the meal.

They studied the menu and both chose the veal escalopes, wrapped in sage and thyme. They did not have to wait long and the food soon arrived. It looked very nice, excellent and they began to eat. After a few minutes the waiter appeared again at the table.

“Is everything to your satisfaction?” he asked.

“Wonderful” said Felicity “but do you think I could have some salt. It tastes rather bland.”

“Some salt, oh, yes of course. I will tell Marcel to attend to your wishes.”

And then the salt waiter appeared, wearing a chef’s hat with the golden salt cellar emblazoned on the front.

“You wish for salt Madam?”

“Could you be more exact? Salt is not just salt. It is our speciality.”

Did she notice a sneer on Marcel’s face, but she did her best to ignore it, not wanting to spoil the evening.

“Our speciality is Himalyan pink salt, a salt to be treasured, to be savoured, the flavour slowly attacking the taste buds.”

“We also have it in the koshered variety, which would pass quite well with a dish of veal and I would add it prepared according to the jewish guidelines.”

“But I am not Jewish. Does it have a different taste?”

“A different taste! If course, salt is not just salt. “

“OK, then bring me the koshered Himalayan pink salt.” She was sure it would be something new.

“We also have flour de sel imported direct from Portugal. It is harvested only with wooden tools and would be excellent together with grilled meat.”

“Of course we also have a variety of flaked salts as well as a grey salt in the velvet grain variety: very special.”

“Waiter” intervened Algernon “I think just a pot of table salt would do. My wife’s food is getting cold due to this conversation.”

Marcel gave a “if looks could kill” glance at Algernon and continued, ignoring his last remark.

“As I was saying madam salt is not just salt.  If you had ordered one of our special Indian curries I would have recommended black salt, Kala Namak, although this is really only for those with a delicate sense of salt. Or perhaps madam would prefer our organic speciality prepared with pure water and packed with care.”

“Waiter, Marcel, please bring me any salt, I am hungry.”

“Yes Marcel, you seem to be an expert on salt.”

Marcel seemed to be a little annoyed and walked, no stamped off to the kitchen.

“Gladys give me a pot of salt. We have a customer, that is not satisfied with our veal escalops. She needs more salt.”

“Ok, Marcel, which salt do you want.”

“As if we have a choice. It all tastes the same. The only difference is the colouring we put into it. Give me the blue salt, then she will think she is getting something special.”

Felicity had to admit, she had never had blue salt, but to be honest it tasted exactly the same as the table salt she used at home. When Algernon proposed, all her salt problems disappeared until the ring slipped off her finger into the salt pot, but Marcel came immediately to the rescue, wiping the grains of salt from the ring as if they were grains of gold dust.

Yes, salt is one of the most important ingredients in a meal, although Algernon found the $50 surcharge for the special salt addition was a little high, but what he would do for his Felicity knew no borders.
Posted by Pat Gerber-Relf at 15:52