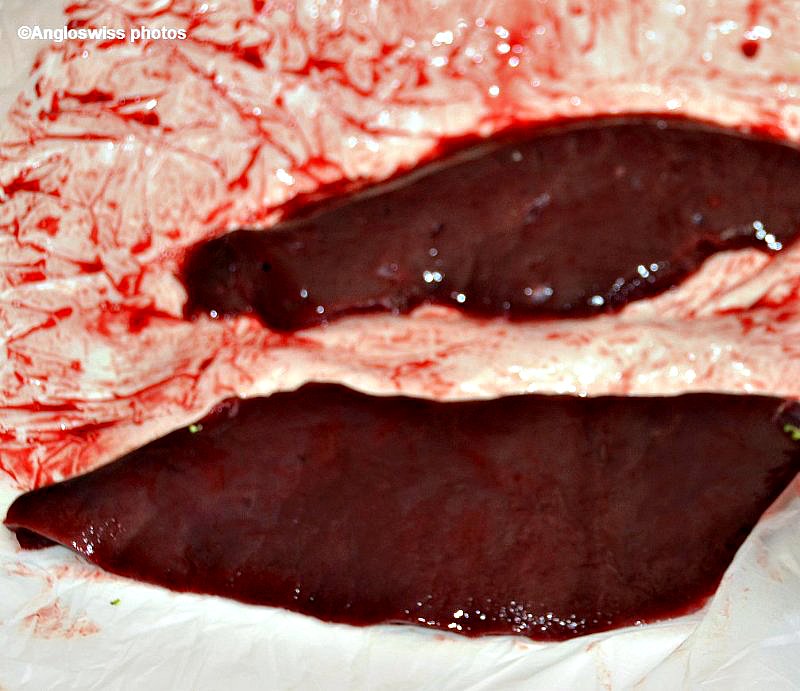 “It looks OK Boris, but something is missing. Perhaps a knife would be good to go with it.” 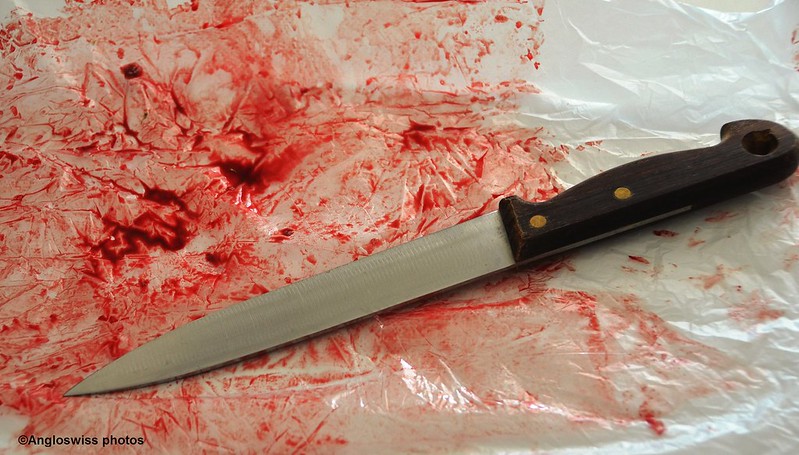 “It is not realistic, it is real. Freshly killed today, remember it is Tuesday.”

And then it happened. It was not exactly popular with everyone, but then I suppose it was not everyone’s idea of a perfect result. It soon appeared throughout the town, on every street corner. It even hit the headlines in the newspaper “Beware of the attack of the Fierce Food.” Eventually it was in everyone’s thoughts.

“Did you hear about the Fierce Food?”

“Yes, you can even see it in the local park. I had to stop taking the kids, they were getting bad dreams and Joey refuses to eat meat. He said that vegetables would be safer.”

“Well at least he will be eating healthy.”

“Not exactly, he still refuses to eat spinach. He says it is the same thing, only in green. He is convinced it is out to get him.”

“Tell him they don’t have to kill spinach, it sort of gives itself up, not like that …. well you know what I mean.”

Suddenly the cats and dogs saw it and then there were problems. They knew no fright and went for it with their claws and teeth. Fred and Boris were rubbing their hands in glee. It would become a success. They even added a few drips of blood to make it more genuine.

“Shall we spray them (there were now more than one of course) with aroma to make everyone really feel the message Fred?”

“Why not, just a whiff of blood, not too much, but to set the scene.”

After a week, word had spread to the local cemetery and there were a few walking dead that noticed it had arrived. They had to see it, it was popular, they wanted samples. Luckily the police were prepared and had their spray guns filled with hydrogen peroxide which is quite good for removing dead tissue.

Eventually the day arrived, crowds were lining the street wanting to see it. Fred and Boris were overjoyed, At last success. Thanks to their brilliant idea of taking a photo of mum’s raw liver, before she cooked it with the bacon, together with the knife she used to take away the unwanted skin at the edge, a poster had been born to advertise the new film “Fierce Food”. Fred Demon and Boris Imp would become famous. Of course, they got the idea a little from the great Alfred Hitchcock, after all what he did with “The Birds” they could do with “Fierce Food.”

It was the story of the revenge of the liver against the vegetarians. The poster “The Liver is Coming” or “Beware of Fierce Food” made an impact. Unfortunately the vegetarians were not happy with this publicity campaign, but revenge was on the horizon. Posters advertising “The Salad’s Revenge” soon appeared and the town became divided. There was only one solution when an enterprising restaurant owner had a new dish on the menu, “Fried Liver with Mixed Salad”. After the film showings his restaurant was packed full and everyone became friends again.

Even Joey had began to eat liver with spinach, after all it was now fashion. Not to mention the silly things you can write with a topic generator. There is a new film, “The Topic Generator is coming”.
Posted by Pat Gerber-Relf at 15:53