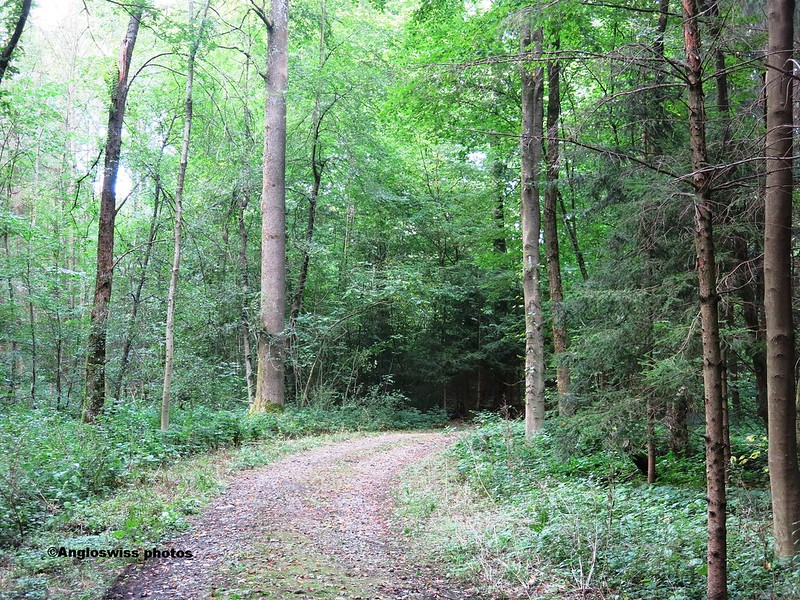 It all began here, almost. Actually it began at home when Mr. Swiss, my other half, put the idea into my mind to take a walk: not just a walk, but a path we had not trod since ten years at least I suppose. It was then our younger more active days  when there was no discussion about rheumatism, aches and pains in the joints or guidelines due to various golden oldie slow-down mechanisms. And so I agreed, although Mr. Angloswiss suddenly seemed to have concerns.

“it is quite steep and travels on the side paths where the going can be hazardous.”

“No problem, I would love to walk that path again.”

I had an encouraging appointment with the man of my life and hidden paths in the woods and already it was put into doubt. After some friendly persuasion Mr. Swiss decided to take the risk, although warning me that it was quite a climb and it was hazardous territory.

I was quickly ready with my protective shoes and camera (of course) and we took off. The first part was along the main road, but I did not mind as I could take a photo of our newly renovated local train station. 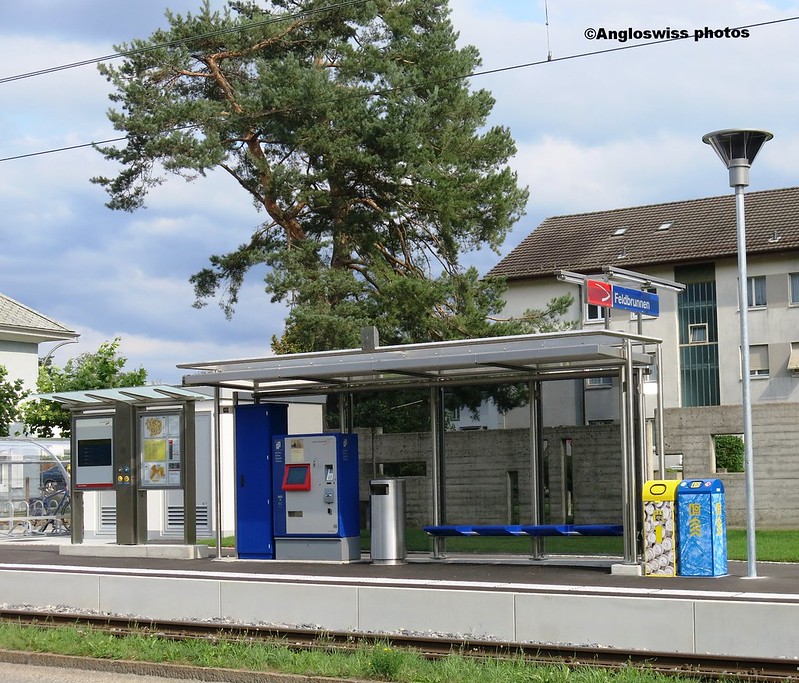 We continued on our way, encouraged by the prospect of our adventurous way into the undergrowth. I left my machete at home hoping that it would not be necessary and that the paths were not so overgrown. We soon turned into the forest from a side path on the main road and the climb began. Our path of the days gone bye had been left to itself and no longer really existed until we approached the top. Was I exhausted, was I unsteady? Of course, but I kept this to myself. Then the path opened a little and I could take one of my shots of the scenery beyond. 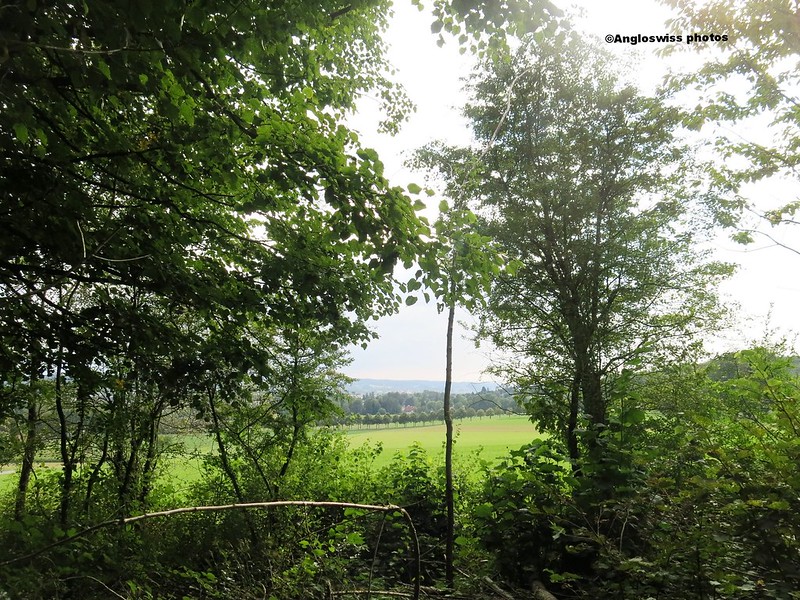 This was again encouraging, as I knew we were nearly there. Just around the corner there would be a seat after the sign post Unfortunately there was a small downward slope over large stones to the sign post which did break my concentration. Luckily I could grip some overhanging branches of a bush and then we arrived. I could relax, take some photos, and savour the view, whilst I took some photographs. Mr. Swiss also decided to join the photo session and here is a result. 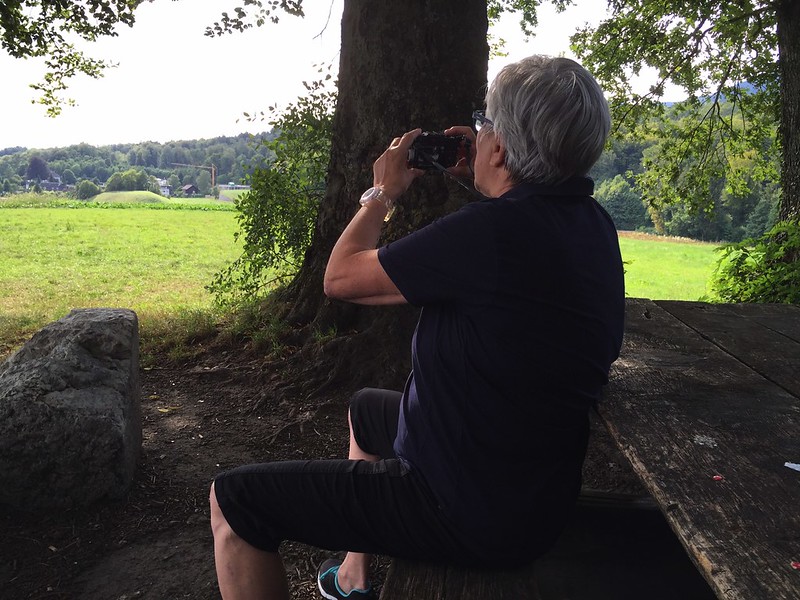 The rest was quite easy peasy and it was downhill. If you tripped up you could roll down the slope. Luckily, as an exception, I did not trip, my feet never left my legs for a moment. I realised we were approaching home when the local cows gathered together to welcome us. The walk brought back memories of early days when I was young and fit. Perhaps we might do it again in another 10 years, although when I am approaching the age of 80, I have a feeling it will be in my dreams. 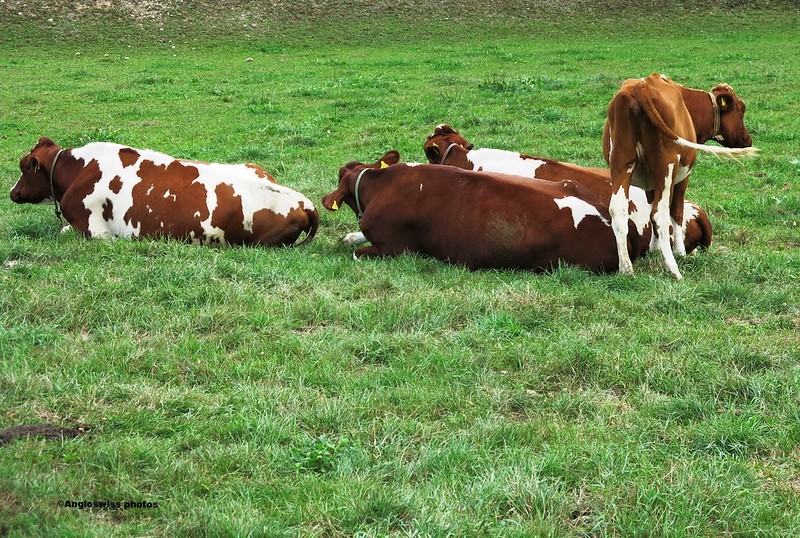