Daily Prompt: Through the Window and a VW Beetle

Go to the nearest window. Look out for a full minute. Write about what you saw. 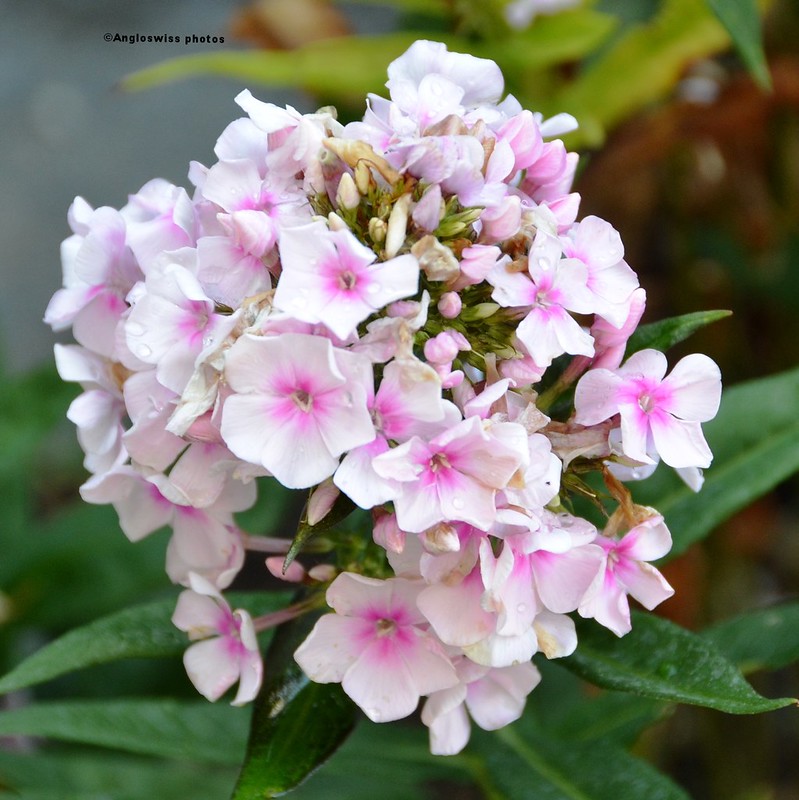 All sorts of things are happening in the back garden at the moment. I have had my phlox at least 10 years and it gives me a show every year. There has been a problem over the past couple of years, a fight broke out between this plant and the snails. It was flowering but the leaves resembled a battlefield with snail mouth-sized holes and snails have 14,000 teeth and some can even be fatal (whether to humans or the plants, or themselves in a fight I do not know). In any case my snail pellets were also fatal to the snails and despite repeated attacks my phlox survived. This year there are no snails. The record temperatures of over 30° C and the lack of rain seemed to have sealed their death warrent. However I did see a slime path with the letters “we will be back”, so who knows.

Today I was sitting on the porch with my two computers. After I finished uploading a couple of photos on my Bill Gates machine, I suddenly heard a loud rustling noise and  noticed I was being observed by a figure over the border to my garden. It was a young lady gardener who came to remove the remains of the nature meadow between our garden and the next. It had been forgotten this year and the stalks of the wild flowers were still standing. We have an unwritten law that this meadow should be left to grow until mid June, when the plants can spread their seeds for the next year. It really does make a nice show every year. 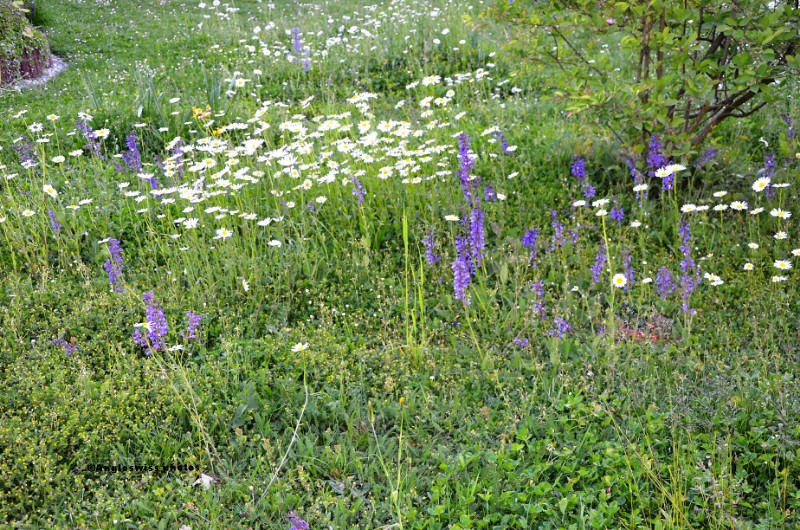 And now for something completely different. This morning was hunting day and so Mr. Swiss and I spent time in the supermarket trapping the spoils for the week-end. I will not bore you further about what we bought, but we were glad to escape from the crowds and the stress of it all. It was then we entered the parking lot and what did I see parked just opposite our car. 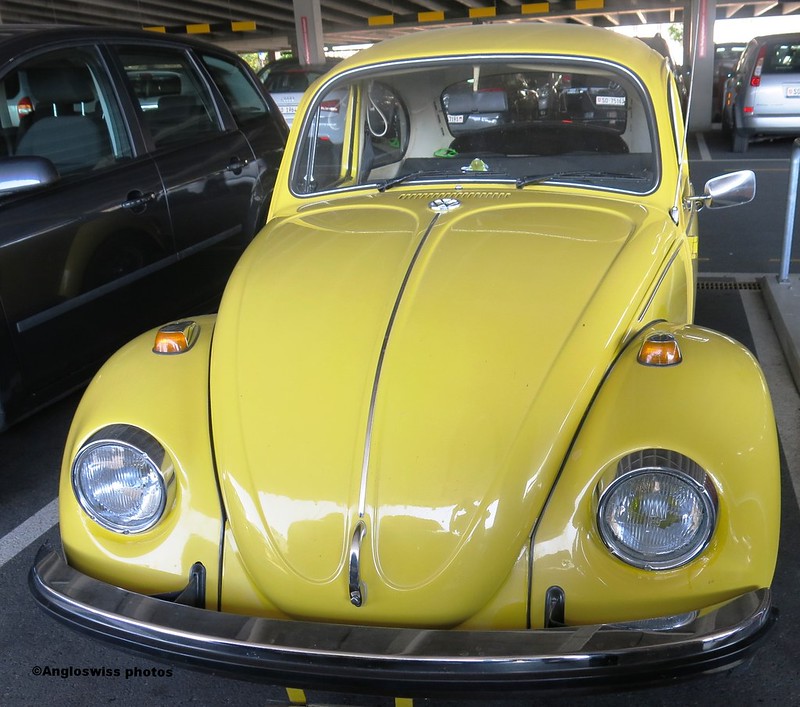 Yes, a Volkswagen Beetle, a car that was manufactured until 2003, although perhaps someone somewhere still produces them. I am not an expert, but I was please to see this model as a memory returned of our very first car. When we married, there were five mouths to feed: Mr. Swiss, me and three children at the time of speaking. Mouth No. six arrived later. Of course money was not exactly in abundance. I worked until my son No. 1 arrived and was then a full time housewife for a couple of years. We had no car, and depended on walking, busses and now and again a train. Mr. Swiss had a moped to get himself to work. Eventually we examined the possibility of our own four wheeled transport system and settled on a second hand VW beetle. It was our first car, white and I think it had the magical number 1200 on the back in metal letters, which was about the strength of the engine.

We were young and daring and knew nothing in the way of safety or danger and now we could go further. This was probably about forty years ago and I don’t think this car had more than four gears to change. One memorable journey stays in my memory. It was Summer holidays and we decided to do a day trip to Montreux on the Lake of Geneva which was quite a distance, but what is a 2 hour drive when you have VW beetle. We arrived quite safely after ploughing along on the motorway being overtaken by everything that was a little larger and stronger then our car. We spent a pleasant day in Montreux. It is a lovely town situated on the shores of the lake. and eventually we had to make our way home. I remember the steep descent when approaching the town and the steep ascent to leave the town. On the way home we were driving on a country road (the motorway system had not yet been completed in Switzerland) and there was a strange noise. It seems that our VW had been attacked by a stone beneath the chassis or something like that. Who cares, it was just a noise.

Afterwards Mr. Swiss noticed that he could no longer use the brake. We were still quite a distance from home, but we survived. I could not drive then so it was up to Mr. Swiss to bring us home safely. We arrived safe and sound. I do not know how he did it to this day without being able to apply the brake. I just asked him about it, but all I am getting is a few negative words not to be mentioned on this blog about the garage that sold us the car. He even remembers that it cost two thousand Swiss francs. Our next car was a Simca, the first of many Simca, but that would be another blog.
Posted by Pat Gerber-Relf at 16:51