What’s messier right now — your bedroom or you computer’s desktop (or your favorite device’s home screen)? Tell us how and why it got to that state.

I wrote all about this the first time the prompt appeared in October 2014, so I really do not want to repeat myself. Unlike others (in WordPress central) I like to daily write something original, so I really do not need these repeat prompts all the time. They are catching up on me/us, this prompt is only 10 months old. Anyhow thanks to Mr. Swiss and his critical eye, he saw something worth a photo. 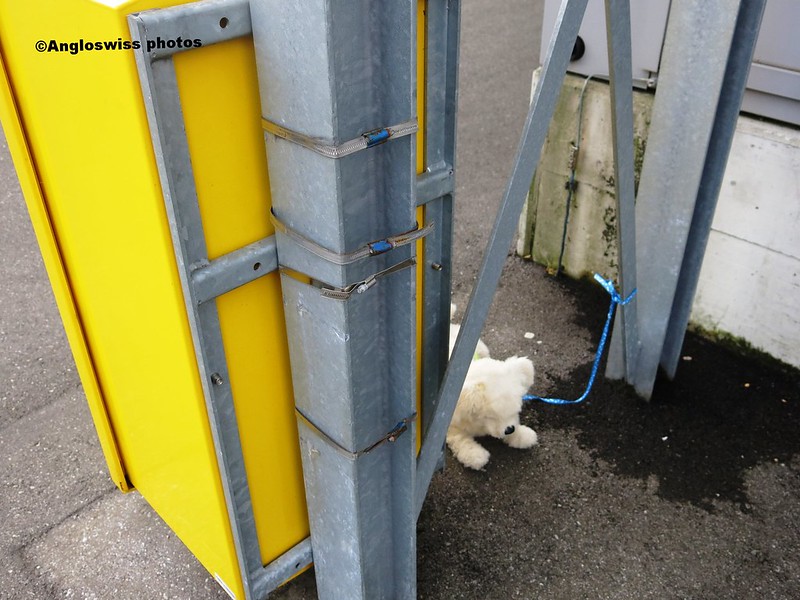 “Look at that little dog all on his own between the letter box and some metal supports.”

No answer, he did not even have the strength to do a little bow-wow.

“Do you think he is dead, he isn’t moving. I do not think he is breathing. Why is he all on his own? All the other doggies are in the special cages obediently waiting for their humans outside the supermarket.” 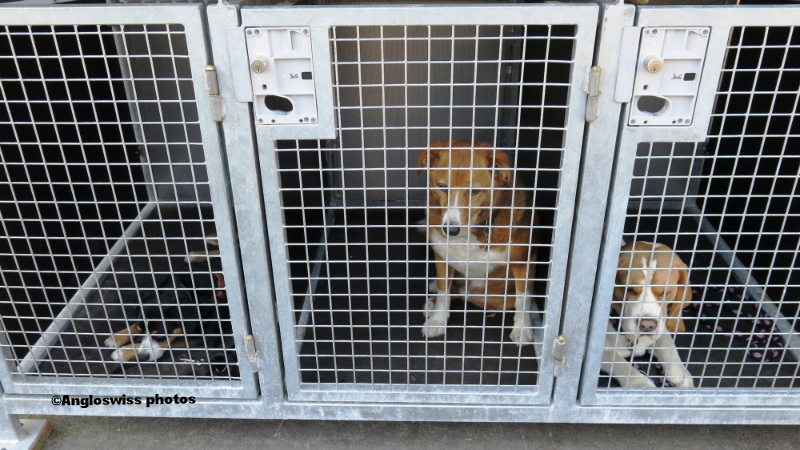 “Perhaps his human no longer wants him, and with one sweeping motion she decided to tie him up outside the supermarket, hoping that someone might give him a home and before you ask, no, we have two felines and do not need a canine as an extra. Our felines do not like canines.”

“But he is so small and well behaved. Any other doggy would be barking his head off looking for his human.”

“And if we take him home he might be barking his head off longing to chase our felines.”

“But he is so still. I am sure he is afraid and feels lonely.”

“Where are you going?”

“I only wanted to pat him on the head to reassure him.”

“I wouldn't do that. You never know how he might react and your tetanus injections are now out of date.”

“Well nothing happened, he just ignored me. Poor little dog, so alone and frightened.”

“Come on, we have our shopping to do.”

And so we did the shopping and left the supermarket. Naturally I had to take another look at the little lost doggy to see how he was. He was still sitting there in the same position. He had not even tried to strain against  the blue lead fixed around his neck.

“What do you think you are doing.?

“I thought I would release him from his lead to see if he would move.”

“Put the dog back where he was and attach him to the lead. I do not want to spend the next half hour chasing after a dog that someone has left outside the supermarket whilst shopping for various articles. Probably his human will soon turn up, take him into her arms and give him a dog biscuit or something like that.”

“But what if his human doesn’t arrive. He will be left all on his own.”

“We are not on a computer and LOL is not exactly the phrase to apply to a forgotten, perhaps dead and dying dog.”

“My dear Mrs. Angloswiss our little forgotten dog has a plastic nose. If you really want to take him home, there might be a little girl that will miss her toy dog that she probably tied to the letter box outside the supermarket so that she did not have to carry it around when mummy did the shopping.”

Yes, it’s amazing the things you find outside a supermarket. 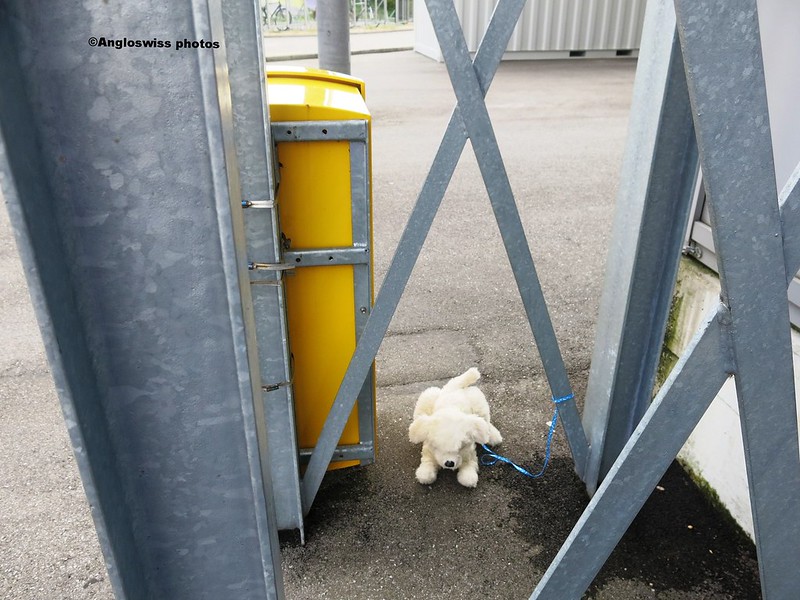