Time to confess: tell us about a time when you used a word whose meaning you didn’t actually know (or were very wrong about, in retrospect). 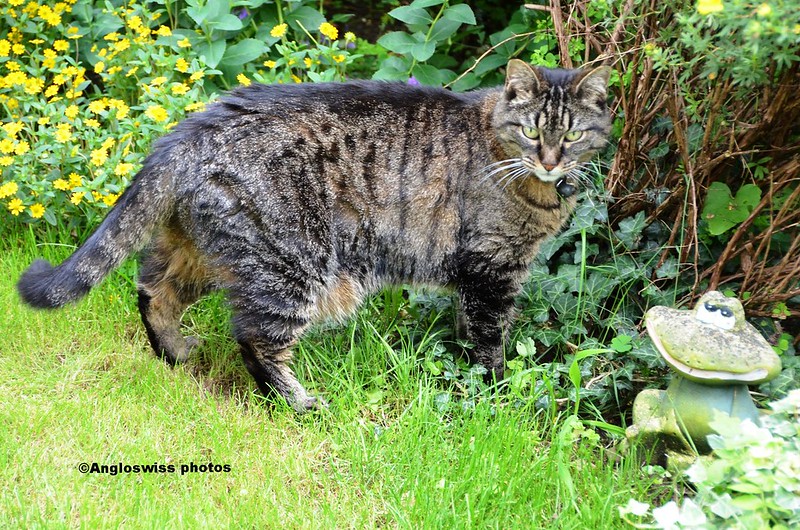 “Tabby, what does it mean when Mrs. Human says “You are in the wrong place at the wrong time.””

“The is a human expression to tell us we should move.”

“Has she ever said it to you Tabby?”

“Often, every day when I am sleeping on her bed and she wants to take her golden oldie sleep.”

“I don’t have much choice. I must admit she says it often and eventually pushes me to one side. She climbs into the bed afterwards.”

“I move back onto the bed and continue sleeping.”

“I don't know I did not ask her. I think she is also sleeping. Why do you ask.”

“I have discovered a nice new place to sleep in our living room, but it seems Mrs. Human and I have conflicting ideas about new places.”

“Because the new place is apparently her old and new place. It is where she prefers to sit.”

“Then she will have to find somewhere new Fluffy.”

“That is also my interpretation of the situation, and that is where we disagree.”

“I do nothing Tabby, but Mrs. Human picks me up and puts me on another chair.”

“So you give her a push and return to where you were.”

“She is too heavy Tabby, eats too much food I think. How do you say in the wrong place at the wrong time in meow?”

“Try hiss, hiss accompanied with some stretched out claws in your paws. That might work.”

“Good idea Tabby, will do. In the meanwhile Mr. Human’s chair is empty, so I will try that.”
Posted by Pat Gerber-Relf at 16:40