Yes I am back - everyone clap and be happy, although I am still getting sorted out.

It all began at 9.00 a.m. when I boarded the local train on my way to Germany. Luckily the first stop was a station where I could connect with my train to Mannheim, so I did not have to mess around with searching for connections, that all came later. My next connection was from Mannheim to Koblenz and then a little slow train to my end station of a place called Bulley where my son picked me up. Sounds good, it is better to reserve seats on the main German trains to ensure that you do not have to stand throughout the journey. What could be better? Actually something could have been better. If the train that arrived at Koblenz for the last leg of the trip was not delayed for five minutes I would have had an easy five minutes more to cross from platform 3 to platform 9 with my suitcase. Instead I did a Speedy Gonzales to ensure that the train did not disappear and I caught it with 30 seconds to spare. They had already warned us that the train would not wait because of the delay from Koblenz. You think that might have been stress?? Wait until I tell you about the return journey at the end of this prize suspicious blogging session. 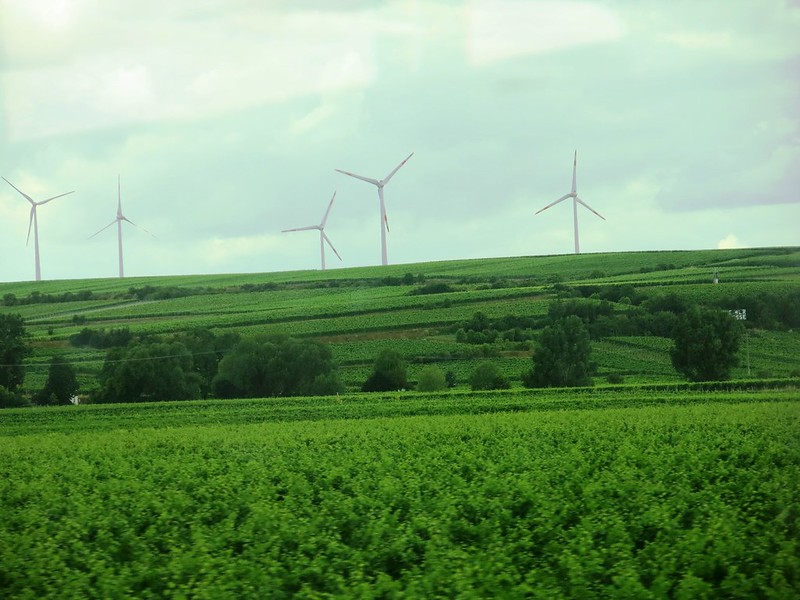 Somewhere on the train journey I saw these from the window. I do not know if you have something like this in your countries, but they are a method of creating electricity from the wind force. Giant windmills that probably turn a turbine and you can plug your hairdryer or radio into the socket and you have action. They have even planted some of these in the english channel in water: a good subject for a photo on a boring journey.

When we arrived at Main in Germany, the river Rhine decided to accompany us. The big happening was Koblenz when the River Mosel and Rhine got together and then the train continued side by side with the River Mosel. The little slow train to my destination, Bulley, was accompanied by grape vines all the way. They plant them all over the place as making wine is the big thing in the Mosel Valley. My daughter-in-law’s parents have a couple of hectors and their wine business has been for years in the family. 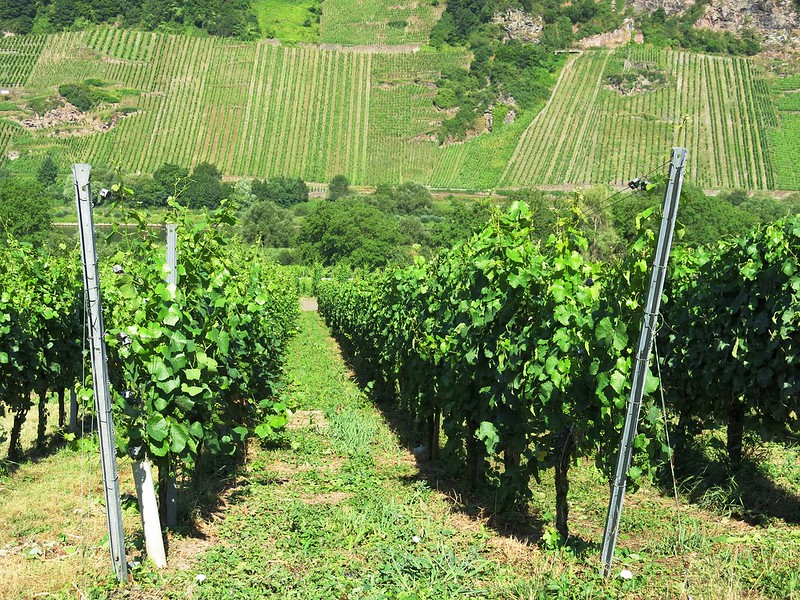 My daughter-in-law’s family also have a guest house and rooms, so I had no problem for accommodation. If anyone would like to spend their holidays in the area, just let me know. I have all the details. They have guests from all over the world. The photo shows the vines in front of their house and on the left at the bottom you see a little bit of the River Mosel. On the opposite bank you can see more vines rising. It is not an easy job to look after the vines on those slopes and I was told that it is a big advantage if you have one leg about two thirds shorter that the other as it makes looking after the vines a little easier when standing on the slopes. I must say it all looks very pretty and picturesque, but there is a lot of work behind it all. And the grapes? They are growing every day under the sun, but at the moment about half way there. The big event is in September/October when they are picked and turned into wine. Not exactly like Jesus at the wedding feast when he did it with water,  but very similar. Will be back tomorrow with more - yes, I think I might start a vineyard in my garden. It looks very pretty, but probably I will have to get planning permission. 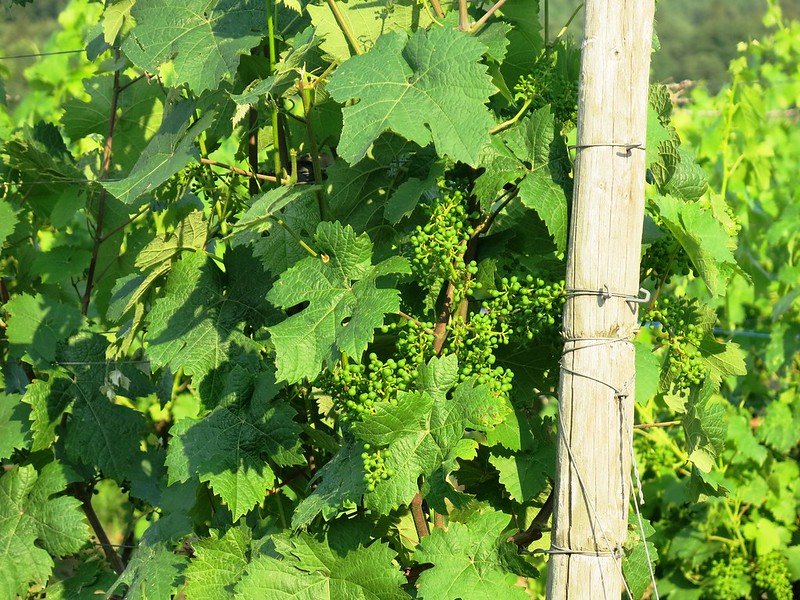