The Kindness of Strangers - Lost in Rome 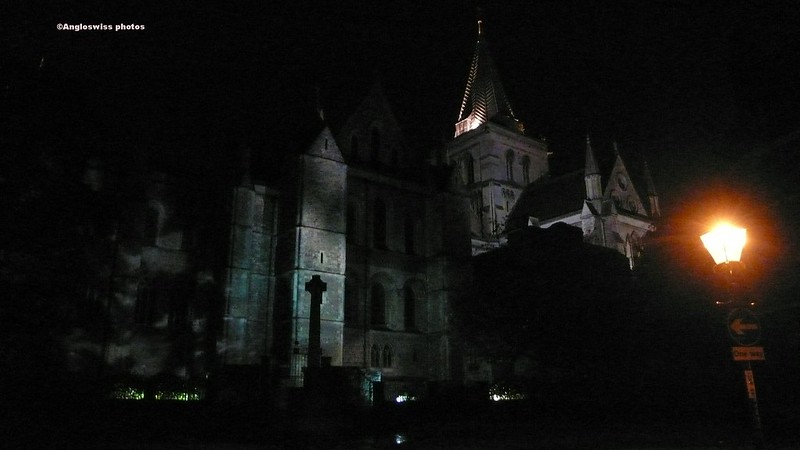 My golden oldie brain just remembered an experience from way back in around 1965-66 when I was on a European holiday with a friend of mine. One of our destinations was Rome, you know that big town that is the capital of Italy. It was a great experience, full of old churches and monuments and even the pope. We had a great time although we were only there for a couple of days. My friend was an opera lover and I didn't mind it myself, so we decided to go to the Caracalla Therme where they performed operas in the open air in the evening.

Our hotel was somewhere on the other side of Rome and believe me Rome is big. We discovered how to get there by bus. We were two teenage girls and certainly did not have the money for a thing called taxi. We discovered that two busses were involved. The first bus departed from just around the corner to the hotel and we had to change somewhere, cannot remember where, but I do remember the bus we had to take was the “C” bus, pronounced Chi in Italian. Eventually we arrived and followed the crowds into the arena, noticing that the arena was just next to the catacombs where we had been visiting a few skeletons in the morning, so we felt immediately at home.

We took our seats in the open air. The moon arrived, at least I think so, and otherwise we were in darkness and watched the opera Madame Butterfly during which we were almost eating alive by the various mosquitos flying around. I did to know that mosquitos were such opera lovers, or was it our blood they were after. Anyhow long story cut short, the opera finished, everyone clapped and it was time to return to the hotel. Unfortunately no-one told us that the last bus Chi departed about an hour before the end of the opera and so we began to walk. Somehow were eventually saw the dome of St. Peters in the distance, thinking if you are near the pope you will be safe, although both of us were not catholic. It was a long straight motorway to the cathedral and in the meanwhile we were serenaded by various whistling youths calling from their cars - yes the romantic Italians.

Eventually we arrived at St. Peters and found the square in front of the church empty. It was now around 2.00 a.m. We did not even find a member of the Swiss guard to help us, although at that time I was with an english passport. Today it would have been different as I have a Swiss identity card. We then saw two parties in the square admiring the Vatican centre by night. One party was a father and mother with two children, so what could possibly go wrong. Everything went wrong, they did not understand us as they were French. The others in the square were two ladies and two men which we thought might be a bit dodgy. On the other hand we had no big choice and so we approached them. We asked whether there was a bus line nearby.

The two ladies were Americans, our colonists, so we were happy, although their two friends were Italians. The ladies listened to our tale of woe and said no problem, their friends would take us to the hotel. I suppose we looked doubtful but they said they would come as well and the friends were both doctors. I did not know if that would make a difference, there are many doctors that met a bitter end on the electric chair but we took the chance. Everything went find and we had a lively discussion in the car until the carabinieri spoilt the fun by sounding their doo-dah horn and forcing the car to stop. My friend and I said we would leave the car if there was a problem. It seemed that the carabinieri found that 6 people in a car meant for 4 people was not ideal in the early morning hours in Rome. The American ladies said to stay where we were, their friends would deal with it. They dealt with it in a lot of complicated Italian with papers flying around and hand signs, but we drove off and arrived at the hotel. We had been rescued from the juvenile delinquents of Rome and the carabinieri and the pope slept through it all.

We said our goodbyes, thanked everyone and approached the hotel gates which were locked. However, both my friend and I have loud voices and within a few minutes the gates were opened and greeted by an astonished travel courier wondering where we had been. It was just an evening at the opera.
Posted by Pat Gerber-Relf at 20:03