Tell us about something you’ve done that you would advise a feline never to do. 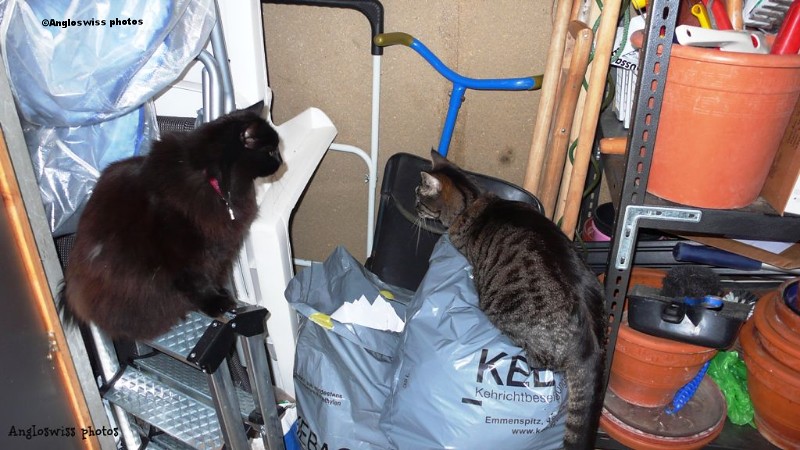 “I remember the day very we’ll. Nera and I were having an intensive conversion on the foundation of felines as gods. She was convinced that it was due to our intelligence, but I was persuading her that it was Bastet that actually put things into action, buy organising the massacre of a few thousand mice and rats in the corn chambers.”

“An did she listen to your wise words Tabby?”

“So you were right and she was wrong.”

“You mean it was our intelligence that lead to us being gods and not Bastet.”

“Not exactly, we were intelligent enough to be gods, but Bastet was the consigliere and organiser. She was also easier to model as Nera because she had short hair, so she told Nera to return to the earth, live her nine lives, and when she was finished she could return to the Eternal Corn Chambers and help eat the remaining few thousand mice and rats.”

“And all this was discussed in the garden cupboard.”

“Oh yes, we were inspired as there was a mouse nest in the corner.”

“Did you eat them Tabby.”

“Mark my words, past tense “there was a mouse nest”.

*Hi felines, how are things.”

“Hello Nera, I was just telling Fluffy about the day when we were in the garden cupboard discussing god and the feline world.”

“I remember it well Tabby, yes.”

“Nera, what’s that star shaped badge on the fur.”

“I have been promoted for my good ideas and am now No. 2. I even got a life more.”

“Yes, I advised Bastet to get a vacuum cleaner for the remains of the mice and she found it easier than crunching the bones with her teeth. I now have to go, it was only a quick visit and Fluffy.”