You’re set to play catch the mouse with a group of four. Write a story set during this game. Or, describe the ideal match: the players, the relationships — and the hidden rivalries. 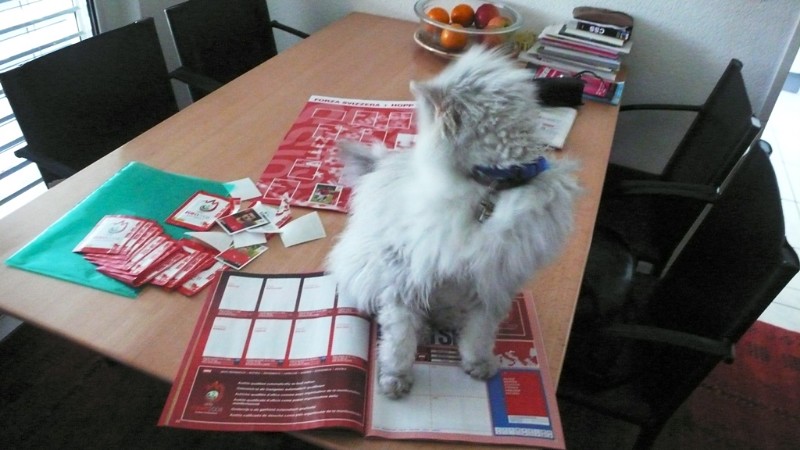 “Tabby do we play games?”

“Not that I know of, our life is an earnest task. Everything we do has a meaning, a purpose and playing games is definitely not part of it.”

“That’s what I thought. Mrs. Human once got this book and began sticking photos in it. I think it was something to do with a football tournament and she had to have all the photos, but she never got them all. What a waste of time. I am glad we have more important things to do. The prompt says to describe all about our game, but the only thing I can understand are the hidden rivalries, although even that is not true.”

“Of course not Fluffy, if we have a rival we do not hide it and usually eliminate the rival with a paw swipe, a hiss, and in the worst case a feline fight.”

“But I have never seen you fight Tabby, you always run away.”

“But I though we do play games sometimes, like find the mouse or catch the bird.”

“Fluffy, they are not games, they are the training sessions. We have to keep fit and ready for the pounce. No feline will catch anything if it does not have a spring in its step and sharp claws. As the great feline philosopher, Albert Catzenstein said “You have to learn the rules of the feline game and then you have to scratch, bite and paw better than any other feline”, wise words.

“Yes Tabby, he really knew what he was talking about. He was the feline that discovered the theory of feline relativity meaning that according to how many mice there are, you should adapt your speed.”

“Exactly Fluffy, very wise. I can see you are paying attention to the laws of light pawness.”