Think about an object, an activity, or a cultural phenomenon you really don’t like. Now write a post (tongue in cheek or not — your call!) about why it’s the best thing ever. 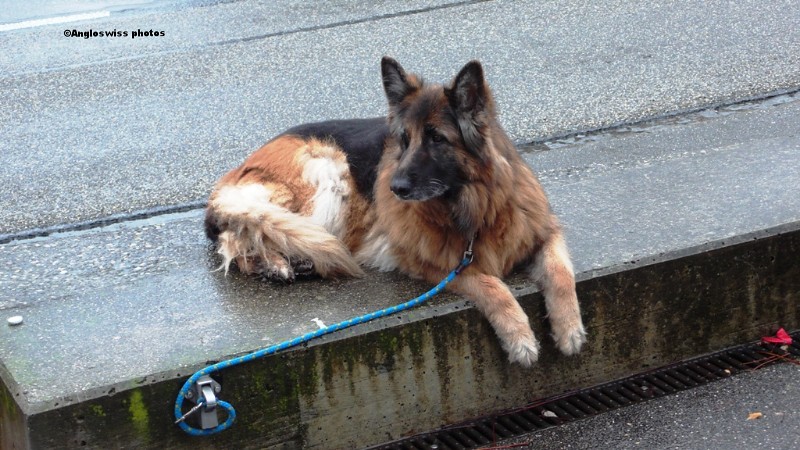 “Fluffy, I think that is enough hissing. Are you looking for a fight?”

“Tabby I never fight. I take a leaf from your catnip and just run away, but the prompt says to think about an object we do not like.  I chose a photo and now I am hissing, because I do not like dogs.”

“Yes, there is some basic truth in your feelings Fluffy, apart from the fact that I never run away. I face the facts. It just so happens that I sometimes do not like the facts.”

“All a matter of interpretation. It might be that just at that moment when the dog appears Mrs. Human calls for a dish of tuna and then I am faced with a choice. Dog or tuna.”

“So you mean we should be friendly with dogs and not be frightened when they bark and chase us.”

“Not exactly Fluffy. Dogs grow just a little bigger than we are, and have loud voices and you know how sensitive our hearing is. Mrs. Human has often been surprised when she is opening a tin of tuna and I am on the other side of the field and suddenly appear.”

“That is because humans are somewhat primitive and under developed Tabby. By the way talking of noise, there were explosions today outside, I had to hide under the bed and wait for them to go away. Were we being attacked by a new type of nuclear dog?”

“No Fluffy, the humans were practising for their national Swiss day tomorrow with fireworks.”

“Oh, I see. But we celebrated Bastet’s birthday as well, but not with so much noise.”

“That is because we do it by whisker vibrations and telepathy. The humans being primitive, they have to make noise and combine it with explosive objects in the sky.”

“Does that mean that tomorrow in the evening when we stay indoors and play with our pawpads?”