You receive some wonderful, improbable, hoped-for good news. How do you celebrate?

It seems that in September 2013 I was not around to do this daily prompt, but now I am here and still have not received my wonderful, probably, hoped-for good news. No big problem, I am still alive enough to realise what a silly prompt this is. Of course the good news is that I am still breathing and taking an active part in life, so what more could you want. 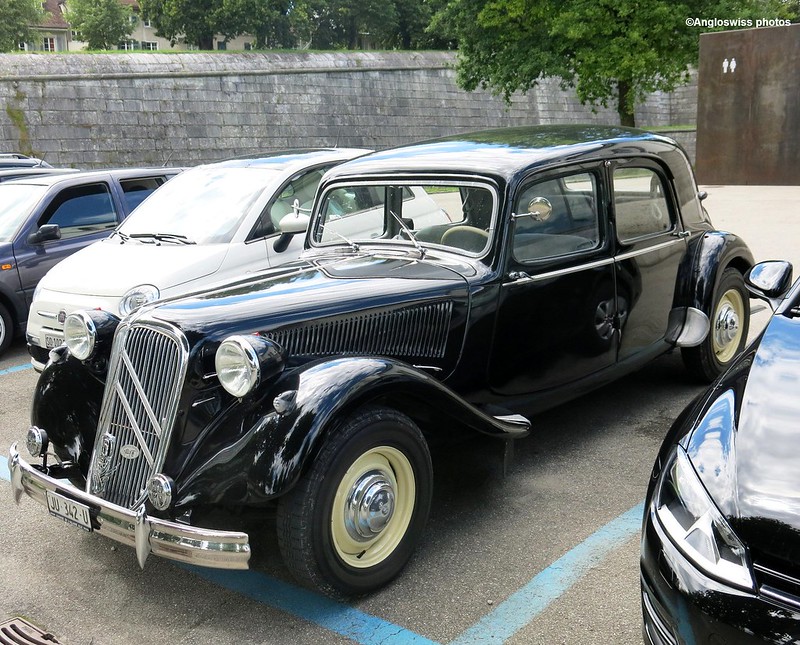 I did a little celebration when I entered my local town of Solothurn from the local train station and saw this golden oldie car parked. I realised that not only I am a golden oldie, but even cars leave their mark on the history of mankind. It is a Citroen légère, the first car with front wheel drive manufactured from 1934 to approximately 1955 and you do not often see them on the roads today. This particular model had a so-called Swiss garage number, meaning it was not in private ownership but owned by a garage and probably just used for the odd excursion now and again and perhaps as a special for weddings. When I saw it I immediately took the photo realising that it is a rarity to see one today, especially in our little market town.

To continue - not that I am a misery guts and now and again I do break out to celebrate in my own way of things. Too much excitement for a golden oldie is not advisable, it might be the cause of various body breakdowns. So how do I celebrate? No problem, I don’t drink and don’t smoke, although these pastimes are not exactly the essence of celebration. I don’t even dance, because dancing is not one of my natural talents and Mr. Swiss was never a No. 2 Fred Astaire. In my younger years I did sort of make strange movements on the dance floor, known as twisting the night away, but today the twists and turns my body makes are more a cause for aches and pains than something connected with celebrations.

Our town is celebrating this week-end with it so-called market festival. The streets are lined with various refreshment stands and stalls selling this and that. All the more reason to stay at home. When I was younger, about four years ago, I was still a member of the local first aid group, also in charge of their web site and would be attending our stand at the market to assist in unforeseen injuries, such as overheating in the sun and perhaps the odd blister on the feet. I usually did the afternoon shift, avoiding the evening hours. The market is an all night thing packed with celebrations, beer and other alcoholic beverages, and the injuries at the late hours were generally in connection with alcohol intoxication and the injuries sustained in connection. This was not my sort of thing.

I do not have a photo of myself attending to the physical needs of the public during this festival, but again was the photographer, so here you can see our tent and fellow first aid workers. I still have my brilliant yellow t-shirt to prove it. This photo was taken in 2012, but they will also be attending today. 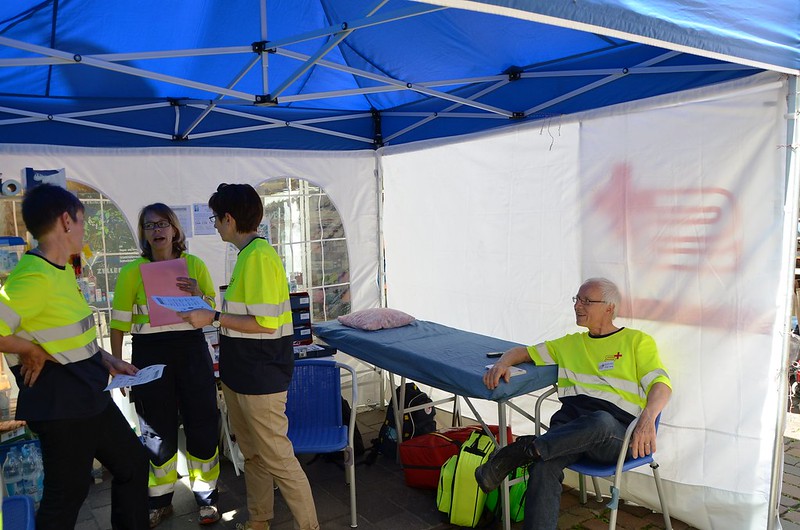