What would you put in this year’s time capsule to channel the essence of our current moment for future generations? 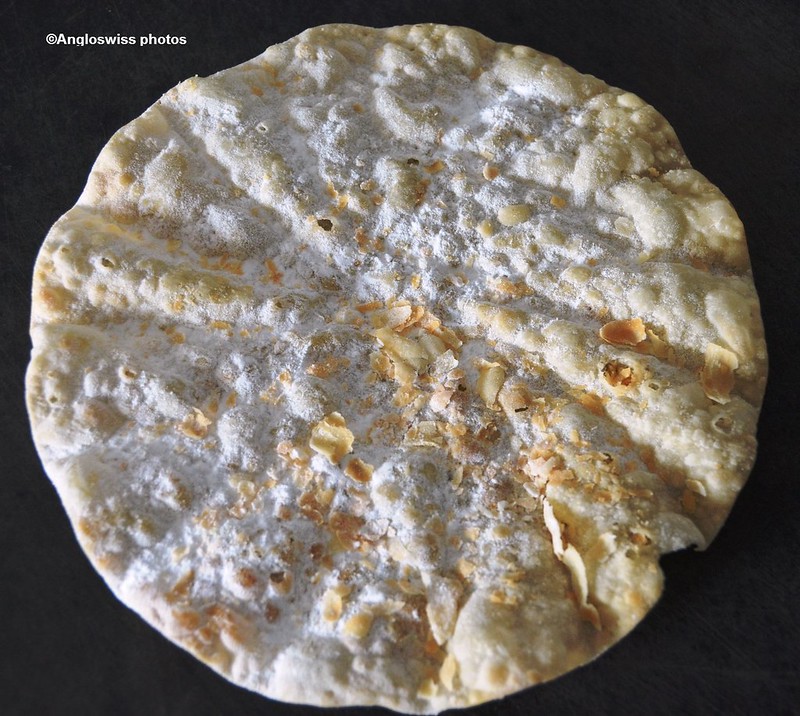 “So come on everybody, one hour to take off and we still have room.”

and there he was Captain Speed, the man who would be piloting our 2015 time capsule.

“Yes, I see on the list, Gremlin take her requisites for the capsule.”

“Yes captain, but she only has a sort of cookie.”

“A cookie?. I am not sure if we are equipped to take edible goods with us or is this a secret weapon designed to sabotage the mission?”

“But it is a Swiss carnival cookie. The season finished a week ago and this was left. I thought it would show the future generations one of our customs.”

“No, that would not qualify Mrs. Anglosiwss. Far to harmless. Do you have a computer perhaps.?

“Yes, with windows 7 and an apple computer.”

“That would do nicely, we are full with Windows 8 computers that no-one could use.”

“That is the problem Captain. I am still using these two computers.”

“OK, what about a memory stick with some of your blogs.”

“But you must have some new blogs since, more than two years have now passed.”

“Tell me about it Captain Speed.”

“Captain sir, if I may say so, we are full with memory sticks from 2012.” and Mr. Gremlin scratched his pointed elf ear with one of his five hands.

“Where are the sticks with the latest developments from 2015?”

“Seems they do not exist sir.”

“Perhaps I can explain Captain. I had a look at the blogs on my new sticks and found them to be repeats of life in 2012.”

“But you must have something new to write about. We have had technical developments such as drones, new weapons with point and shoot qualifications and even a few new presidents and countries, but they come and go so often and change their borders, that we would probably not have room for all of them.”

“I have something else Captain, some ashes.”

“Ashes, we do not transport dead people, that is the queue on the right. They still have some space I believe.”

“No, no, they are not that sort of ashes. They are the burnt remains of a grid.”

“A grid, you mean a grid for roasting meat.”

“Not exactly captain, more for roasting dead prompts from 2012.”

“But that ship left two years ago. Just give me that carnival cookie, at least it is original. Oh, sorry, I dropped it. It is now just a mass of crumbs.”

“No problem Captain, nothing lives forever. How many light years away is the time capsule destination?”

“Between you and me Mrs. Angloswiss we no longer think in light years, more in distance.”

“Just over the horizon somewhere over the rainbow.”

“It is, it is all show Mrs Angloswiss, The main thing is that the people keep coming daily to do it all.”

“Write the daily prompt of course.”

“But I am running out of ideas.”

“So is everyone else Mrs. Angloswiss. Ok, close the doors Gremlin, time to go and clear up that mess from the crumbs of the carnival cookie. It might be a secret weapon, you cannot trust those bloggers, especially if they are Swiss. They try to sabotage everything.”

“Shall I disintegrate her with this newly developed weapon. Just a shot and she is a pile of crumbs.”

Things were getting a little dangerous, so I produced my new liquifier and poured the Captain and Mr. Gremlin into the water tight time capsule, reserved for the remains of the ocean. Yes, unfortunately we even have to show that to the future generations to remind them that two thirds of the earth’s surface was covered by water until the water disappeared in the hole caused by one of the new weapons that will be included in the time capsule to show how good and progressive we were in 2015.

When I come to think of it, the last time capsule in 2012 was much better, nice and homely.

Click here for more
Posted by Pat Gerber-Relf at 16:29