You’re given a plot of land and have the financial resources to do what you please. What’s the plan? 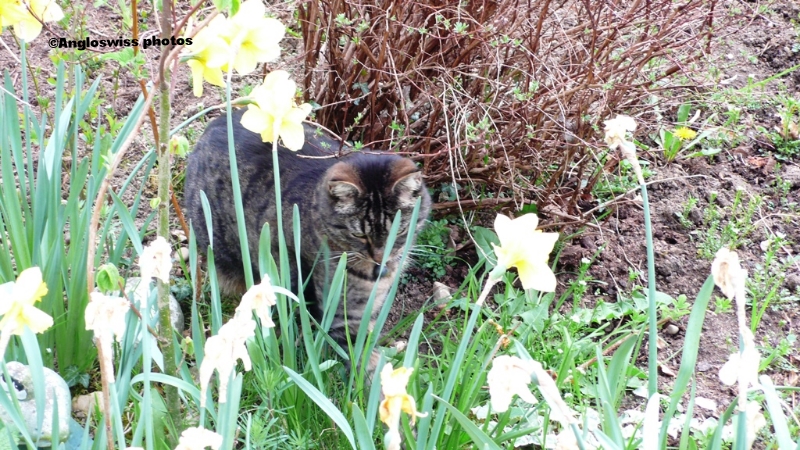 “Fluffy, I don’t have to be given a plot of land, it’s all mine here.”

“Yes Tabby, we own it all, just a quick spray and it’s all marked up. Of course humans do it more complicated, at least I have never seen Mr. or Mrs. Human spraying anywhere.”

“No, humans don’t do that outside, They have those rooms called toilets, where the best supply of fresh water exists. They do tend to get fussy about it when we drink a sample.”

“No feline understanding. Fluffy I wouldn’t do any marking on the other side of the hedge, Bastet Chapter 45, verse 72 “mark only where it serves the purpose, there might be a bigger feline watching you”. I think Bubu marked it yesterday, so we don’t want territorial problems.”

“You mean that big short furred monster feline from over the road? He tried to mark some earth in our place, but I got there first. I am the record sprayer and now he knows it. I can spray the longest distance here.”

“OK Fluffy, we all know that. One of the reasons Mrs. Human got rid of the pampas grass, she found it was getting rather smelly, especially when it rained.”

“Smelly! That was my individual scent.”

“I know Fluffy, but try telling Mrs. Human it is the Chanel No. 5 of the feline world of scents, they don’t get it.”

“We had to get used to human smell, there are so many of them trampling around with their two legs, so they should accept the sweet smell of feline.”

“It doesn’t work that way Fluffy. Everything that isn’t human smells it seems.”

“By the way did you see Tabby, Mrs. Human is preparing the garden for the year and mixed some new earth into the old earth.”

“Are you thinking what I am thinking Fluffy`”

“Of course, beat you to it. First one that sprays owns that bit of the territory.”

“But leave some for me Fluffy. You tend to overdo it sometimes.”

Click here for more
Posted by Pat Gerber-Relf at 17:03